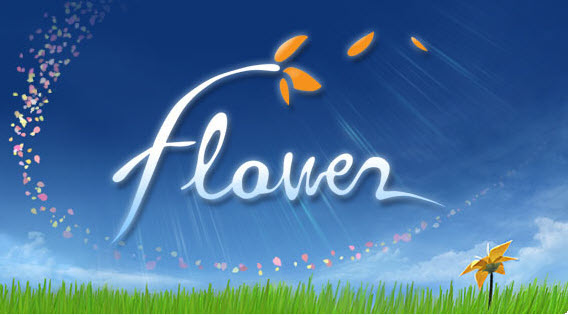 Imagine the wackiest premise for a video game possible, and you probably still won’t come up with anything as crazy — or inspired — as Flower.

The PlayStation 3 game created by thatgamecompany for Sony’s PlayStation Network opens with a view of six flower pots overlooking a dank urban landscape. The flowers are sentient beings that have dreams. And inside their dreams, you play the role of a “consciousness” that takes its shape in the form of the wind. 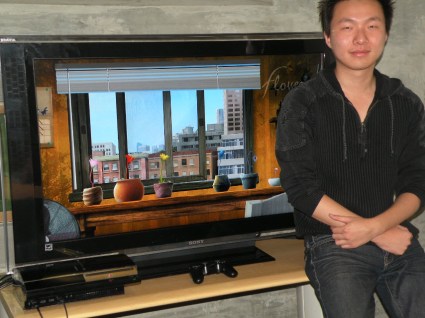 The flowers dream about escaping the concrete jungle to find the peace of a natural environment. Set to sentimental music, you start actual gameplay in a grassland that has lost its color. You use the game controller — tipping it one way or another to activate the motion sensors in the PlayStation 3 game pad. And so you maneuver through the grass to find the flowers. Each one you touch bursts into colorful life. Your mission is to blow the breeze that carries color into every part of the world, combating the drabness that surrounds the flowers in the city.

The game is pure eye candy — I haven’t seen anything like it. Describe it in words? It’s a first-person plant game. It takes enormous computational power — all of the power of the IBM cell microprocessor and Nvidia graphics chip inside the PlayStation 3 — to render a hundred thousand individual blades of grass that sway in the wind. Through music and colorful graphics, you embark on a complex emotional journey. 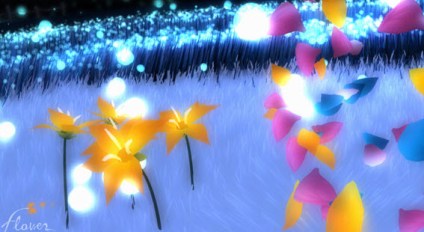 Flower is pure artistic inspiration at its best. It’s almost like watching an IMAX movie in a curved theater — except you get to direct which way the camera turns. It is the brainchild of Jenova Chen, the founder of thatgamecompany in Santa Monica, Calif.

“When we created this company, we wanted to push the boundaries of the interactive art form,” Chen said in an interview. “It’s partly a simulation, part fantasy. We immerse you inside a world and inspire feelings inside you.”

That’s the sort of talk you hear from a lot of game developers. But Flower is the real thing, reminding us what happens when we confine video games to the narrow genres of fighting or racing. Flower doesn’t fit inside that space — it’s a game for adults who have left cartoon or violent worlds behind. 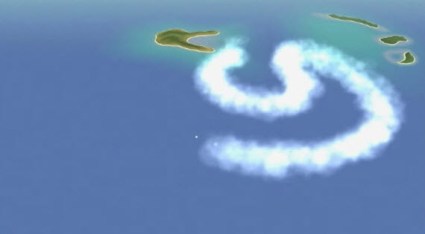 Chen, 27, was a film student at the University of Southern California when a professor, Tracy Fullerton, asked him to make a game that was off the beaten track. He felt that the games currently on the market were naive and shallow. He wanted something that would prove the industry is maturing as an art form, a medium with variety to it. So he started working on a game that would be the polar opposite of popular crime title Grand Theft Auto.

First, his team made a game about a cloud to give users a taste of the freedom of flight. When he posted the game, it was so popular that it crashed a series of servers. Cloud appreciation groups wrote to tell Chen and his co-developers how much they liked the game. Some said it even made them cry. But no one would fund Cloud. 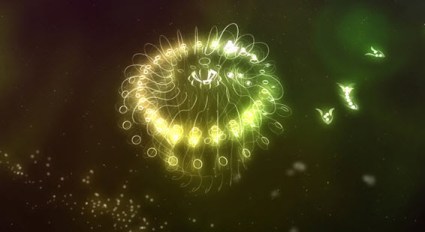 That game led to the next inspiration, a title dubbed flOw. Chen founded his company to build that game, financed by Sony’s PlayStation Network (a game downloading service that Sony was readying for the PlayStation 3). In this psychedelic game, you are an aquatic creature that consumes other organisms to evolve. Chen describes flOw as a peaceful, Zen-like game with dream-like graphics. The team pulled it off in nine months with a half dozen developers. When it launched in March 2007, flOw was an instant hit and it stayed in the No. 1 spot for months on the PlayStation Network.

Sony gave the company even more money to develop Flower. With a team of about seven employees and a handful of contractors, it spent about a year trying out different prototypes. The idea was to create a game that is relaxing but not boring. The finished product takes just a few hours to play all the way through.

Chen says he views the game as a dance, and he is a choreographer. The player then executes the dance as he or she sees fit. The game debuts on Feb. 12 for $9.99. You need a PlayStation 3 connected to the internet to download it and play. Chen says his team is already at work on another project. But in the meantime, here is a demo of Flower that Chen gave me in San Francisco. (And please check out the link to our upcoming GameBeat 09 game conference coming up March 24.)