A million people used the Unity game engine to develop new games in the month of August, up from 600,000 a year ago.

Unity chief executive John Riccitiello cited that number as evidence of the popularity of the game development tool during his keynote talk at the Unite event today in Boston. Riccitiello said that number of current developers is equivalent to 125 Electronic Arts in terms of people working on Unity games.

“I’ll bet you didn’t know there were that many people working in the industry,” Riccitiello said.

More than 174,000 games were built on Unity in August, and such games were downloaded more than 1.2 billion times. Riccitiello said that Unity’s games are played on more than 1.1 billion handsets.

“Democratization is the founding idea of the company,” he said. “We put power in the hands of developers. The key idea we want to see is more people creating content than ever before. Game production is a fundamentally hard thing to do. Getting those games to work on multiple platforms is a very hard thing to do.”

He said Unity would help developers with those tasks. Riccitiello said it had been 180 days since Unity 5 was launched on March 5 at the Game Developers Conference. Since that time, Unity has been updated twice, and another update is coming in December. 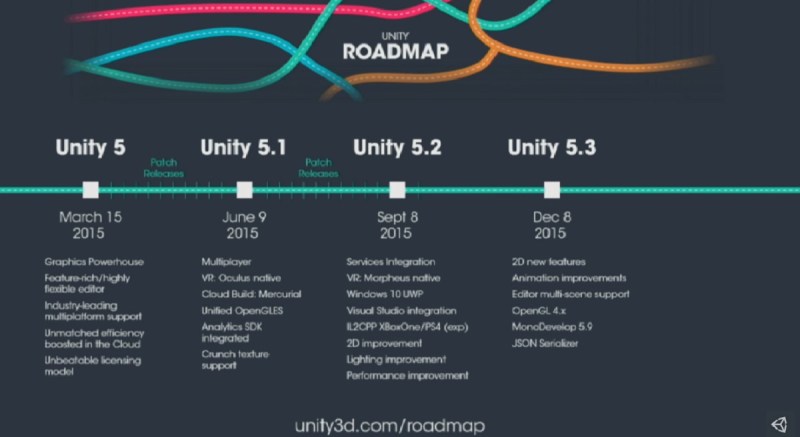