Nier is one of those ascendant properties for publisher Square Enix. And now a new game in the series is crushing the sales charts in Japan. This is not the upcoming Nier Replicant Ver.1.22474487139, which is really it’s name. That game is still coming in April. Instead, it’s Nier: Reincarnation for mobile devices that has caught on with the Japanese audience.

Nier: Reincarnation debuted for iOS and Android earlier this week, and it immediately rocketed to the top of the charts.

“[Nier Reincarnation] has quickly risen in the grossing app ranking on iPhone to a very strong No. 4,” Kantan Games analyst Dr. Serkan Toto wrote on Twitter on the day of the game’s release. “This very rarely happens.”

What Toto means by that is it usually takes games some time to break into the top charts on Japan’s mobile stores. And once a game is in the top 5 or so, it usually maintains that momentum for months — if not years.

Since its release day, Reincarnation has picked up even more sales strength. Nier is now the No. 1 top-grossing iPhone game in Japan, according to industry-tracking firm App Annie. 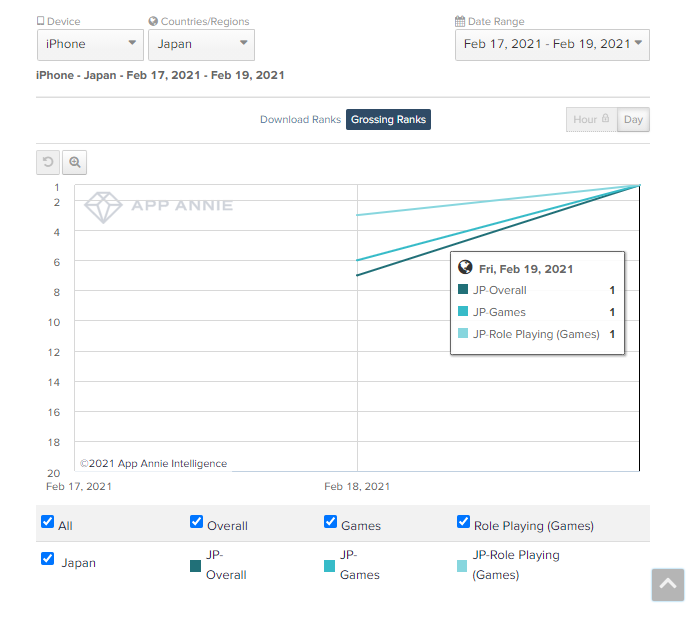 Part of the appeal of Nier: Reincarnation is that Square Enix is positioning it as a true entry in the series. Nier: Automata director Yoko Taro also oversaw Reincarnation in the same role. That likely means the game will touch upon the same themes that made Automata so beloved. Or maybe fans are just showing up for the soundtrack. Either way, the game is already a massive success.

All Square Enix needs to do now is keep those players coming back.

Nier: Reincarnation has no worldwide release date yet.