Consumer-ready augmented reality glasses are possible to make right now. But it might cost you at least $500.

With AR, developers can project data and other useful visualizations in the real world without obstructing a person’s view. But a few steps — both technical and ethical in nature — need to happen before everyday people can start buying their own hardware. That was one of the topics discussed at the future of AR panel at this week’s GamesBeat Summit in Berkeley, California.

Panelists talked about what should be the ideal AR experience for consumers. According to Ralph Osterhout, chief executive of the Osterhout Design Group, the idea of re-creating Star Trek’s Holodeck — a common aspiration for AR and virtual reality enthusiasts — is unrealistic. He said it’d be “frightfully expensive” and that the costs won’t go down any time soon.

Osterhout prefers the flexibility that comes with AR glasses, saying that should be “the Holodeck going forward.” His company makes and sells the R-series of high-end AR glasses, like the $2700 R-7s.

“If Ralph could ship a pair of glasses today that do what the latest version of his glasses do for $200, where lots of people could afford that and there’d be an install base, I think game designers could make some incredible experiences,” said Hanke.

“I don’t think that we should fixate on waiting for the ultimate piece of hardware. It’s really getting an install base and working within those [technical] constraints.” 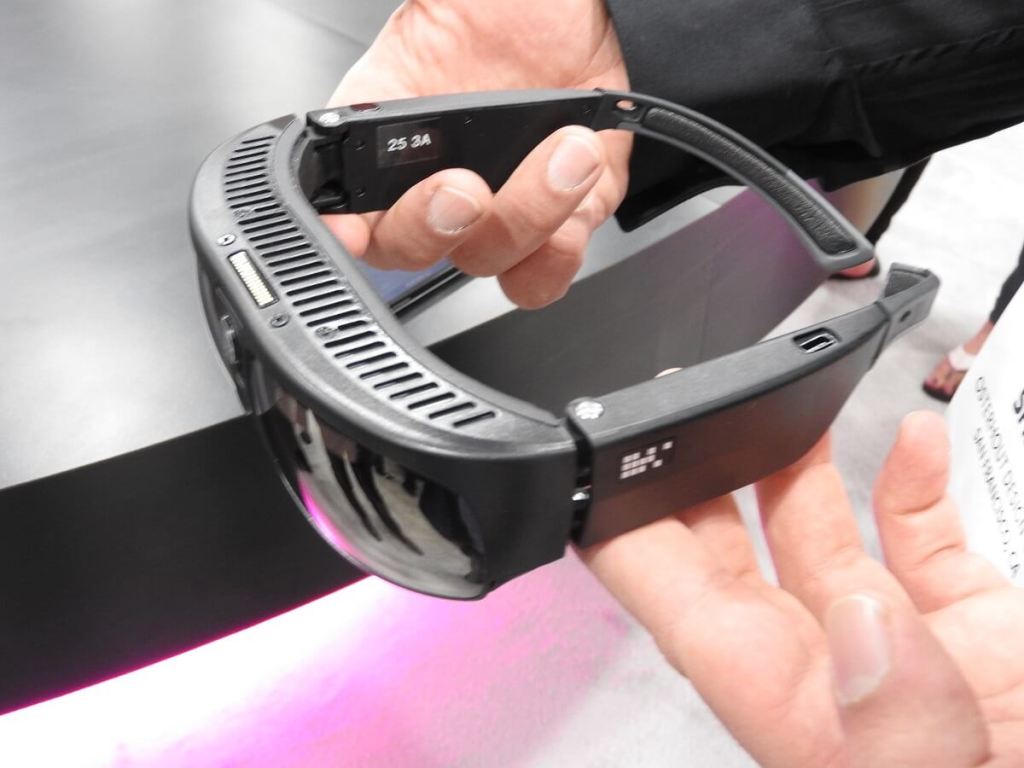 But, as Osterhout argued, getting to that price point will take nothing short of a miracle.

“The [Samsung Galaxy] S8 has a [Snapdragon] 835 Qualcomm processor … . The glasses that I make today are made with the 835,” he said. “All the stuff that’s in the highest-end smartphones — about $1,000 — are what’s in the glasses, except that you’ve got a world of difference [with the] two displays, and each display is the size of your fingernail.”

He later added: “[The tech] exists. But there’s no such thing as a free lunch. You don’t get to jam in another screen from a high-end smartphone into a tiny device and say, ‘I want that son-of-a-bitch for free!’ Everybody wants to have a Ferrari. But the sheer fact of the matter is if you’re driving a Prius, you’re not gonna be able to do everything that the Ferrari can do. …

“Will [glasses] get down to $200? I’ll tell you honestly: Anybody here that can do it, please see me. You’re hired. Follow me out the door!”

However, Osterhout wasn’t all doom and gloom. Realistically, he thinks someone could make $500 glasses that offer a quality AR experience. But they’d have to make and sell “many tens of millions” of glasses to make it feasible. That’d be the only way to drive the costs of components down.

And then you have to deal with privacy concerns when wearing the glasses in public (as the Google Glass backlash demonstrated in the past).

“That’s one of the places where science fiction can really help, in taking two or three steps ahead and — [as sci-fi author Eliot Peper] said onstage just a minute ago — trying to project the consequences, expected and unexpected, of technologies that are on the cusp [of becoming real],” said CEO of Oblong Industries John Underkoffler.

But the presentation ended on an optimistic note. Moderator and GamesBeat lead writer Dean Takahashi jokingly asked Hanke what a theoretical Pokémon Go 10 would like with advanced AR technology.