GamesBeat: I suppose that if you’re on a Jupiter-size Earth, your day would be very long.

Kane: It’s interesting, because that’s not necessarily the case. The length of the year depends on the planet’s distance from the star, but how long it takes for a day to happen can be really variable. If we look at our own system, Earth takes 24 hours, of course. Mars takes a little bit longer than that – 24 hours, 37 minutes. But if you look at something the size of Jupiter, it takes only nine hours and 50 minutes to rotate once on its axis. 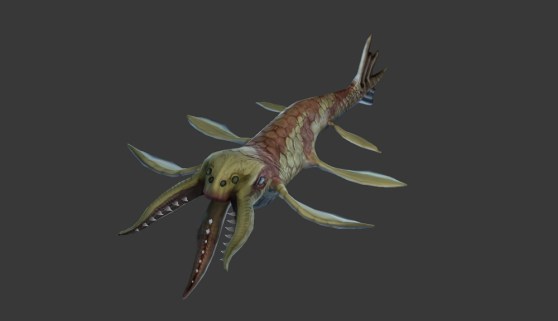 Above: These creatures from Civilization: Beyond Earth might really evolve this way on another planet.

GamesBeat: Have you observed anything that’s interesting as far as the intersection where fiction comes in? Have you noticed anything in the game that’s maybe more fun than real? I suppose the aliens are more on the fun side.

Kane: I do know that the two certainly intersect. What we’re finding is that a lot of the planetary systems are very different from our own. That’s going to create all different kinds of environments. If you assume that any life which evolves on another planet is going to follow the same pattern of Darwinian evolution – that it has to adapt to whatever environment, to deal with the hand it’s dealt – then if you have a planet that’s very different from the Earth, whatever alien life has evolved on that planet is going to have to adapt to that. If you look at a diversity of planets, then you’re also going to look at a diversity of life. To my knowledge, that’s what they’ve tried to capture in Beyond Earth. When you go to these different planets, you’re dealing with all kinds of crazy alien life that you wouldn’t expect to find on Earth. 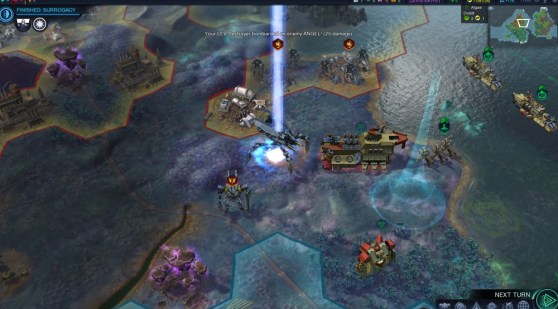 GamesBeat: The game opens with the Earth being overwhelmed by climate change. The emergency need arises to find other planets. How would you go about picking which planet to go to?

Kane: One thing I’d be concerned about first is how far away these planets are. How long would it take us to get there? In the game, at least, that’s something which is assumed to be addressed. However far it is, that’s not really an issue. You just go there.

Then the next thing would be about finding something as close as possible to the Earth. One of the main things I’d be looking at — and this is a discovery we can look forward to in years ahead — is when we start looking at the atmospheres of these planets, looking for signs of breathable atmosphere. You could even look for something we call biosignatures, which would tell you that there’s something already living there.

Now, if there’s something already living there, that might be something that would either dissuade you make you want to go that much more. That may come down to a difference in personality or philosophy.

GamesBeat: What are some elements of that biosignature?

Kane: Biosignature basically means a disequilibrium in the atmosphere. There are all kinds of geological processes that dominate what an atmosphere will eventually look like. We see that with Venus. Venus obviously doesn’t have any biological activity on the surface, but it has a very distinctive atmosphere, which is a result of outgassing from the interior volcanic activity. It produces this carbon dioxide-rich environment.

If you look at another planet and you see, for example, large amounts of nitrogen, large amounts of oxygen, and methane, there’s a disequilibrium there. Oxygen is extremely reactive. In particular, oxygen and methane will cause each other to break apart. In order for oxygen and methane to be in the atmosphere together, something must be producing that. We don’t know of any geological processes at the moment that could do that. Therefore we would assume that some sort of biological process would be going on at the surface, like on the Earth.

What we’re doing in anticipation of looking at these atmospheres on other planets is finding all the possible chemical combinations which just wouldn’t work together on their own if there were only geological processes creating them. That will give us a list of possible biosignatures that we can keep an eye out for. 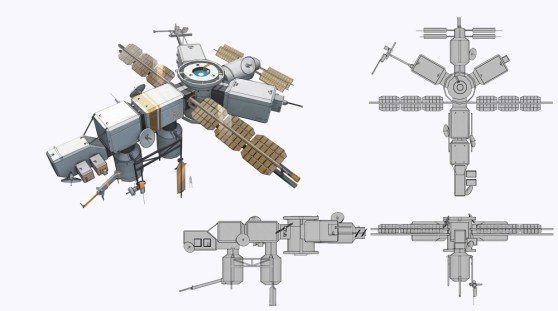 Above: It isn’t an Imperial star destroyer. But this Civ spaceship might get you to Alpha Centauri.

GamesBeat: What about the general variety of planets that might be out there? Given that they have to be in these habitable zones, how much diversity would you expect within these planets that you’ve found?

Kane: We know now that the diversity is huge. There’s a huge range of sizes that we don’t see in our own solar system. We don’t have any terrestrial planets larger than the Earth, but we know that planets that could be 10 percent or 50 percent larger than the Earth exist, and in great numbers.

In terms of diversity, what we’re finding in the habitable zone is other planets which are larger than the Earth, but still terrestrial, meaning they’re not large enough to have turned into gas giants like Neptune or Jupiter. That means that they probably have a much thicker atmosphere. They certainly have higher gravity. Those would be really interesting, seeing how life could evolve on those kinds of planets. They would have a very different environment from us.

GamesBeat: What sorts of inventions do you think we’d have to make, beyond just space travel, to be able to settle another planet?

Kane: Well, that’s one of the most interesting topics, though, how we would overcome these large distances. One possibility, the worst-case scenario, is that the physics just doesn’t exist, in order to be able to travel faster than light. We’d have to build one of these generational ships that would send people over many hundreds of years, in hibernation or something like that. Or else we’d just remain in the Sol system for the next five billion years until the sun dies.

I’ve had people ask about that before – what’s the status of faster-than-light travel? It’s something which is going to require new physics that we don’t know about at the moment. But there are a lot of people working on this. Hopefully, in the next 50 or 100 years, we’ll see.