We ran a story earlier this week on Eric Schiermeyer, the co-founder of Zynga and the analytics expert behind its success, and his new game studio called Luminary. But I had a nice walk with Schiermeyer on the coastal cliffs at Half Moon Bay where our conversation drifted across many other subjects.

Schiermeyer talked about how to build a creative game that also pays homage to the discipline of analytics. He also had some passionate ideas about the right way to build a game company in the wake of his experience at Zynga, which grew to more than 3,500 people at its peak. Now he wants to find a new way to motivate employees and spread the rewards around in a very un-Silicon Valley way. At the same time, he’s making an effort to be creative with a strategic endless runner game dubbed Greedy Goblins.

I felt our conversation was more interesting because we were looking at the beautiful coastline and huffing and puffing on our walk amid the sound of the waves and the wind. Our conversation was different because it wasn’t in the middle of the bustle downtown San Francisco or Silicon Valley. Here’s an edited transcript of our conversation.

GamesBeat: Tell me about your business.
Eric Schiermeyer: I started it up in August of last year, 2013. 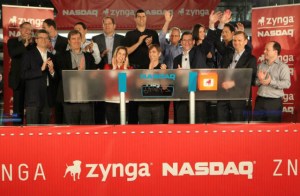 GamesBeat: Was that after a long break, then?

Schiermeyer: Yeah, a two-year break. In those two years I did a lot of traveling, a lot of remodeling. I feel like I’m an expert at remodeling.

GamesBeat: Did you explore any other company ideas?

Schiermeyer: Not really? I was paying attention to what was going on, but I was embracing the idea of taking two years off. That’s been my pattern with startups. I’ll work really hard for about four years, and then I’ll need a long break to recharge. Things worked out that I was able to very consciously take two years.

GamesBeat: Who are the rest of the folks you’re working with now?

Schiermeyer: There’s David Glenn. He left Zynga a while ago. He was only there for a year, or maybe less. He worked at Blizzard before that on Diablo II. Since Zynga he started his own mobile thing, and then ended up at Kixeye.

Another guy, Amir Ebrahimi, he used to work at Unity. I met him through Dave. He’s a Unity expert. He’s really good at it. He gets called in by companies like Microsoft to do specific things. It’s fun watching him.

Then there’s Marco Risso. He’s Italian. He used to work in the financial industry. He decided to apply the analytic or technical training and expertise he found there to gaming. He’s fun to talk to as well. We’ve been having a lot of discussions about analytics and stuff like that.

The way we’ve structured it, we’re not focusing on stock options and things like that. The basic premise of this is that so many of us have ridden the roller coaster of stock options and all the implicit or outright stated fantasies about the value of those options. Meanwhile, we’ve all experienced, or most of us, witnessing the value that’s actually being created in these apps and these hits. We’ve also seen small teams do exceptionally well, especially against larger teams. It seems perfectly aligned to change the compensation structure. There’s fewer people taking bites out of the pie, and the pie can be quite large. The idea is to immediately pay people out, not wait four years for them to vest.

I feel like the whole compensation structure is misaligned to create value for the employees. So often that’s our pitch to new employees – they’re going to get rich doing this. But when you have the competing interests of investors and public markets and sometimes upper management, a lot of times employees get the shaft. We’re trying to solve that one. And I didn’t want to have a very large team. 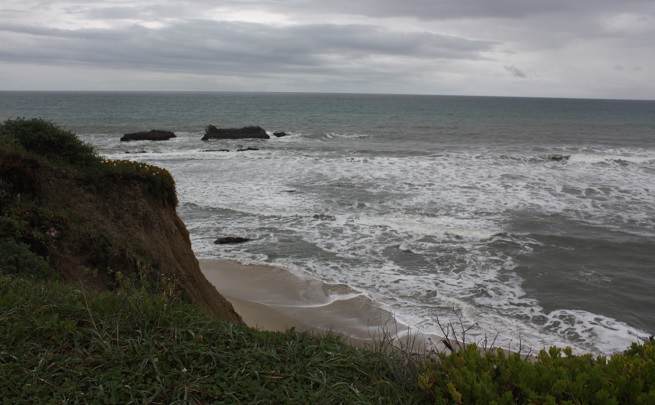 Above: Half Moon Bay

GamesBeat: Is it going to stay that way as you hire more people? Is this basically a profit-sharing company?

Schiermeyer: Yeah. What’s cool about it, it’s very open information. Everyone knows what the structure is. They know what the payouts are. They’re already conscious of the fact that if we add another person right now, that person has to be a step function improvement for everyone else for it to be worth it.

GamesBeat: Or their paycheck goes down?

Schiermeyer: Exactly. It’s funny. I was having a conversation the other day about whether we needed another engineer. So often, the way those conversations used to go is, “Yes, we need more! Five more! I don’t care! Get the bodies in the seats!” Instead, the conversation I’m having is, “Let me tell you all the ways we don’t need anyone else. We have enough manpower to accomplish the goal without hiring anyone else.” I love that reversal of the conversation.

GamesBeat: Was that almost the exact opposite of Zynga?

Schiermeyer: Yeah. This is my answer to what I was experiencing over there. I’d have daily conversations with multiple people about why they needed more resources and why they couldn’t afford to lend one person from their 75-person team to some other team. It’s my answer to that particular problem.

It’s really complex. There’s a lot of different aspects to the problem. But we can solve a number of them with this particular structure.