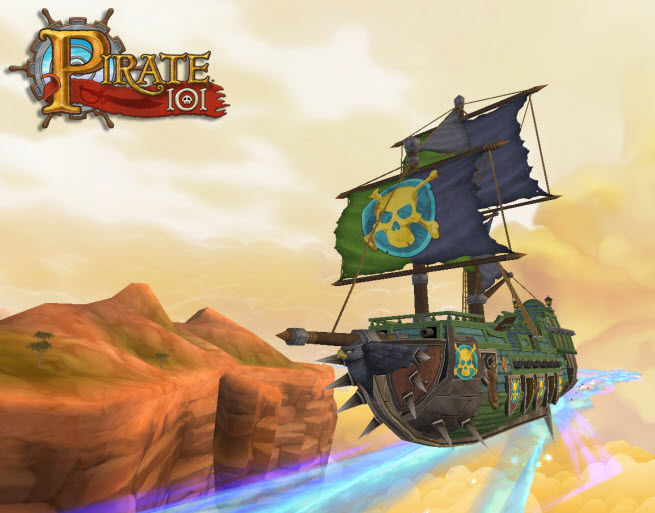 KingsIsle Entertainment scored big with its Harry Potter-like Wizard101 online game, launched in 2008. The title generates more than 20 million unique visitors a month. Now the company is going all out with its launch of Pirate101, which debuts for early preorder consumers on Oct. 8 and the general public on Oct. 15. 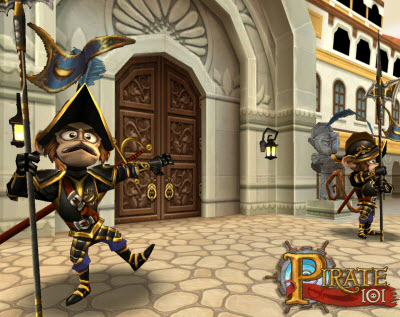 If you haven’t heard of Wizard101, it’s got twice the number of players of the blockbuster online title World of Warcraft, and it is the closest thing that you can get to acting like the characters of Harry Potter in an online game. The goal with Pirate101 is to create a similar phenomenon akin to doing a better pirates release than Disney could do with the Pirates of the Caribbean entertainment franchise.

Pirate101 is a free-to-play experience set in a fantasy universe where players can build their own ships and staff them with their friends as crew members. The title has been in the works for three years, and it is one of the major new game launches of the year on any platform.

KingsIsle has been blessed to have a huge hit on its hands. A single game has allowed it to have the 70th-largest consumer website in the U.S., a bigger presence than all of the games on Nick.com, said the company’s Vice President of Marketing Fred Howard in an interview with GamesBeat.

Wizard101 saw 39 percent revenue growth from 2010 to 2011, and its registered player base has grown beyond 30 million. That’s outstanding for a game that has been on the market for four years.

The company has seen a seasonal drop in September as its players go back to school. Many of these individuals are kids who enjoy the Harry Potter wizard novels, and lots of parents play with their kids. The game has many jokes and references to older movies that parents would get. The Pirate101 game follows in the tradition of Wizard101 as an easy-to-understand game with a deep storyline. Each pirate character has a back story that unfolds over time.

Because of its success, KingsIsle has some big partners helping with its launch. GameStop, the world’s largest game retailer, will sell bundles of prepaid currency cards for Pirate101 at each store’s front desk. Players can buy cards in packs worth $10, $20, or $39. Anyone who purchases a bundle (up to $89), participated in the beta, or buys certain membership types will be able to begin playing on Oct. 8. The launch strategy is similar to what KingsIsle did in 2010 with the launch of a major expansion for Wizard101.

“We went from a small player to being a big one where they give us prime real estate in the store,” Howard said.

In Pirate101, you can gather dozens of companions as characters in your crew. You train them by clicking on them. The better trained they are, the better they perform in battle. But you can’t just train a single character since the title randomly chooses whether a character will be involved in combat or not. You can fight by battling on a ship, character to character, or by fighting from one ship to another. Once you make your choices in combat, you see the battle play out in a cinematic fashion.

“It’s a big world, professionally narrated,” Howard said. “Wizard101 has 30 hours of , and this one has a lot as well. It launches with 50 levels.”

Pirate101 has five themed worlds: Monquista, Valencia, Skull Island, Cool Ranch, MooShu. You can ride on mounts such as crocodiles.

KingsIsle is based in Plano, Texas, has more than 220 employees, and was founded in 2005. The company has never raised money since it was funded by Elie Akilian, who got rich when he founded Inet Technologies and then sold it to Tektronix in 2004 for $500 million. The company is now working on five projects.