About 40 percent of the most frequent gamers say they will likely purchase their own VR headsets within the next year, according to the survey by the ESA. That’s good news, since some are warning that VR is overhyped and could be slow to take off, even as others such as Digi-Capital predict that VR could be a $30 billion industry by 2020. 55 percent of the most frequent gamers are familiar with VR. And 58 percent of those familiar with VR say that they intend to play games on VR.

The ESA says that 63 percent of U.S. households have at least one gamer (defined as someone who plays video games three hours or more per week). Each household has an average of 1.7 gamers, and 65 percent of households own a device used to play games. Only about 48 percent of homes own a dedicated game console, so that means a lot of people either play on PCs or mobile devices. 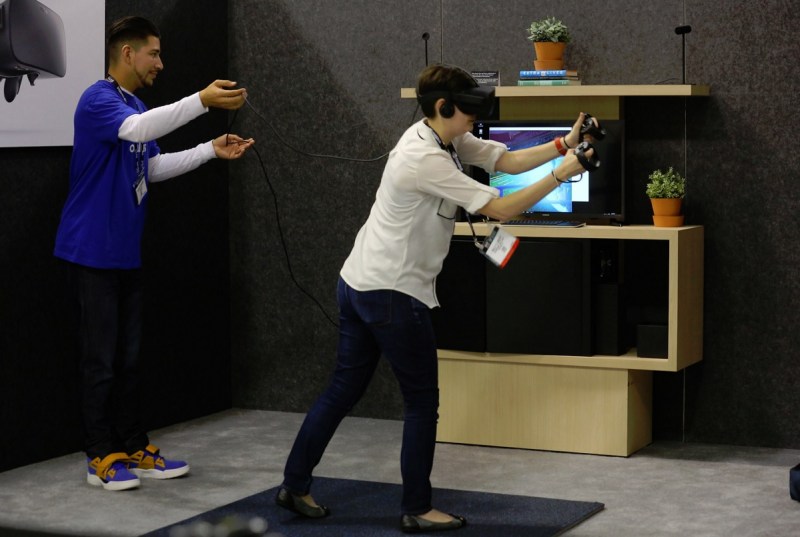 Above: Don’t trip over the wire.

Shooter games are the best-selling category at 24.5 percent. Action games are 22.9 percent. Sports games are 13.2 percent. Role-playing games are 11.6 percent, and adventures games are 7.7 percent. About 56 percent of sales were digital games in 2015, compared to 52 percent a year earlier.

“This report illustrates how powerful storytelling, innovative hardware, and compelling design join together to fuel our industry’s growth and fan excitement. We are consistently upending traditional conceptions of entertainment and how consumers interact with media,” said Michael D. Gallagher, president and CEO of the ESA, which represents the U.S. video game industry (Gallagher will be a speaker at our GamesBeat Summit event next week). “These advancements provide new opportunities for audience engagement, and have established this industry as the leader in groundbreaking entertainment and high-tech development.”

When it comes to buying the average of the most-frequent game purchaser is 38. Males are 60 percent of purchasers, and 52 percent of the most frequent gamers feel that video games provide more value for their money than DVDs (23 percent), music (14 percent), and going to the movies (10 percent). 41 buy games without having tried them; 31 percent download the full game from the company’s web site, and 30 percent buy after downloading the trial version or demo. 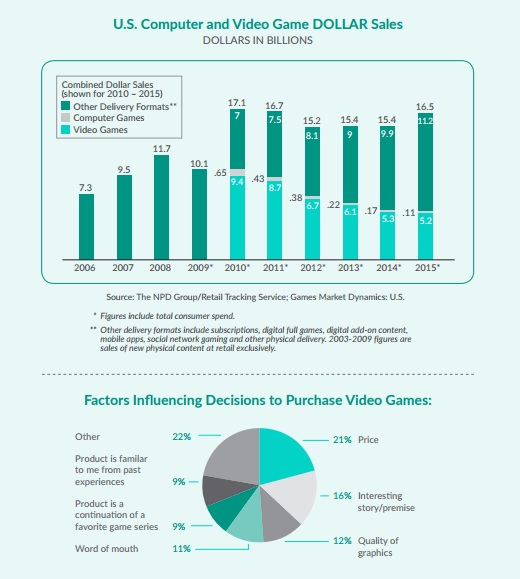 The survey was conducted for ESA by Ipsos MediaCT, which surveyed more than 4,000 American households. 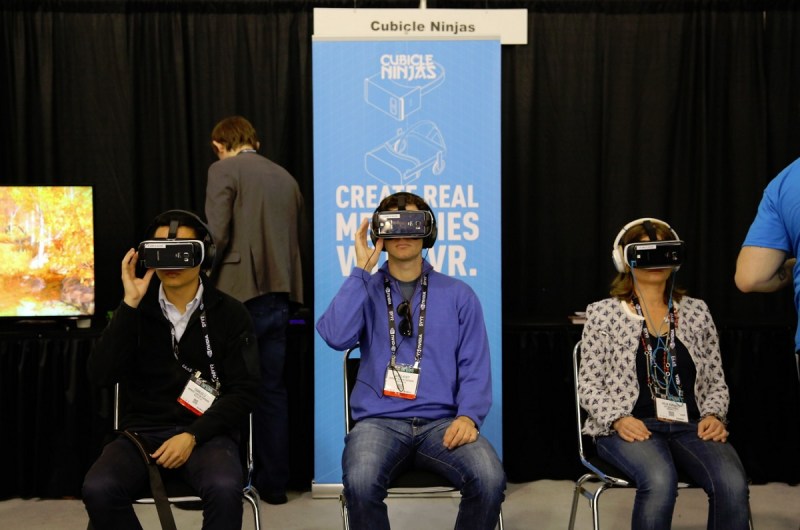