Howard Marks is a high-energy guy.  He can talk a mile a minute about Asian online game business models, or user-crafted games, and everything in between.

But most interestingly, the chief executive of Acclaim has just reinvented the music game genre’s business model.  At the Casual Connect show in Hamburg, he gave me the scoop on Rockfree, something that can change the fast-growing music game business. 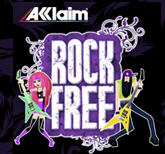 Music games like Rock Band –- which just shipped it’s 10-millionth copy -– have been successful, and sometimes contentious with the music industry, who feel they’re not profiting as they should be.

Typically, a game like Guitar Hero will come with a large set of licensed songs and pre-made levels. Activision Blizzard pays the music industry a flat fee of $20,000 per song.  And then it hopes to sell enough copies to cover the costs.

But Acclaim has a massively multiplayer online game that flips the model on its head.

Rockfree is a browser-based, flash-powered game that closely copies the mechanics of games like Rock Band and Guitar Hero.  Users can upload any song they want, and play with up to eight friends. 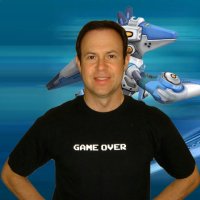 When it launches in a few weeks, the game will be free to play.  Users are given three slots to put songs in. If they want more songs, they can add slots, for just $0.99 per month.

Any song can be swapped out for a different one. The average revenue per user for people that choose to pay will be $14 a month, Marks tells me.

The revolutionary part is that he isn’t paying licensing fees: instead, he’s paying 20 percent of the revenues from a micro-transaction to the song’s master holder and the publisher: an even split.

Companies like Warner Music are already tagged in a database. Marks tells me that people who upload their own songs (similar to video uploads for YouTube) won’t see revenue share.

And for copyrighted music that isn’t in the program and still makes its way into the game via users, Marks plans to respond to any Digital Millennium Copyright Act cease-and-desist letters with an offer to the copyright holder of 20 percent of the revenues.

While games like Rock Band and Guitar Hero are limited by however many licensed tracks they can map and put up for weekly digital download, Rockfree counts on users to collaborate on levels and to upload music tracks.

Which means Rockfree could move the music game genre from packaged goods to YouTube territory.