Activision Blizzard reported earnings today that beat the expectations of Wall Street analysts during its first fiscal quarter ended March 31. And its stock price has risen 3.8 percent in after-hours trading as a result.

The first quarter earnings are closely watched, Activision Blizzard is the largest video game publisher in the U.S., and its results are a bellwether for the $99 billion global game industry (based on market researcher Newzoo’s estimates). The company beat expectations in part because of the outstanding performance from Call of Duty: Black Ops III, the latest installment in a series that has generated more than $15 billion over a decade.

Call of Duty: Black Ops III, which launched in November, had a strong performance. It is setting new records for in-game content sales. The franchise more than double the number of payers who chose to purchase in-game content.

CEO Bobby Kotick said in a statement, “This quarter we over-performed our non-GAAP February guidance by $108 million in revenue and $0.12 in earnings per share. We have a strong core business and more opportunities ahead of us than ever before, and talent continues to be our greatest asset.” 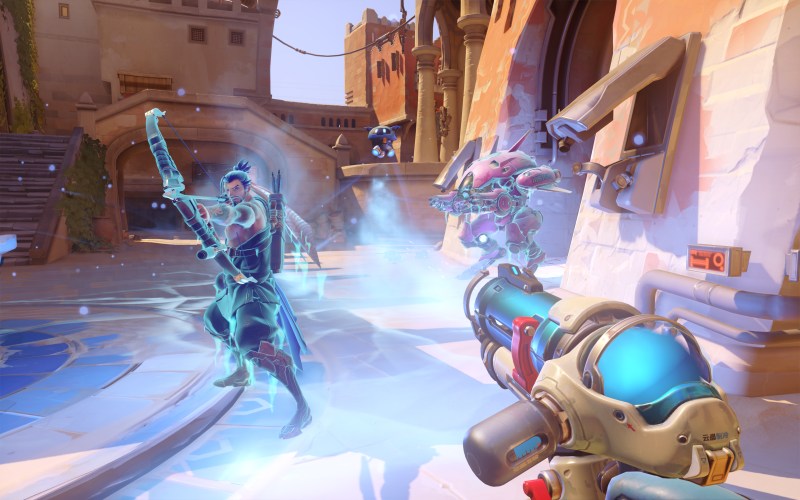 Kotick added, “We are grateful to be honored again by Fortune as one of the ‘100 Best Companies to Work For,’ moving up 19 spots in the ranking from last year. Our long-term growth prospects have never been more exciting and we are fortunate to have the most able, capable people to pursue them.”

In a conference call, Kotick said he was excited about new prospects such as esports. He mentioned that Activision Blizzard has only a 7 percent share in the $94 billion game industry. He also said the compnay has more than 9,000 employees.

The company didn’t say exactly how many Call of Duty copies it sold since Black Ops III launched in November, but it did say that Call of Duty is now the No. 1 game in sales on next-generation consoles. Hearthstone: Heroes of Warcraft, Blizzard’s market-leading mobile and PC free-to-play card battler game, now has more than 50 million registered users.

Activision Blizzard recently bought King, maker of Candy Crush Saga and other mobile games, for $5.9 billion, and it also moved into the esports market in a big way by acquiring Major League Gaming. Destiny has more than 30 million registered players, and Hearthstone: Heroes of Warcraft, has more than 50 million registered players. The one area of weakness is Skylanders, as the whole “toys-to-life” category has been weak.

Before the earnings came out, analyst Colin Sebastian of R.W. Baird wrote in a note that Black Ops III sell-through remained solid in Q1 despite seasonal slowness. He expected a slight decline in subscribers for World of Warcraft, and noted that Candy Crush Saga and Candy Crush Soda Saga are still near the top on the top-ten grossing apps lists.

Observers are expecting Blizzard’s Overwatch first-person shooter game to be its next big hit. The multiplayer-only title is available as an open beta test on the consoles and PC now.

“All eyes are on the Overwatch launch on May 25, which could be the next catalyst,” he wrote.

Meanwhile, analyst Michael Pachter of Wedbush Securities also wrote before the earnings that he believed the company would beat expectations. Pachter estimates that Activision has sold more than 22 million copies of Black Ops III.

For the second quarter, analysts expect earnings of 34 cents a share on revenues of $1.318 billion. In Q2, Activision Blizzard expects revenue of $1.375 billion and earnings per share of 38 cents.

Activision blizzard is raising its outlook for the year as a result of the solid earnings in Q1.

For the full year, Activision Blizzard expects $6.275 billion in revenues and $1.78 a share in earnings.

Riccardo Zacconi, CEO of King, said on the call the integration into Activision Blizzard went smooth and is now complete. He said the company grew both its payer and player networks.

“We do believe that advertising could be a meaningful revenue stream for King in the future,” Zacconi said. “It’s early days, and we just started experimenting in two games,” he said.