Activision Blizzard reported earnings today that beat Wall Street’s and its own expectations with 19% revenue growth to $2.29 billion for the second quarter ended June 30. The earnings come the same day that the company announced that J. Allen Brack was no longer the president of Blizzard Entertainment and less than two weeks after news broke that the State of California was suing the publisher for sex discrimination.

Net bookings were $1.92 billion, down 7% compared with $2.08 billion for the second quarter of 2020. Activision Blizzard’s monthly active users were 408 million, down 4.6% from 428 million a year earlier. The bookings and earnings per share numbers were better than expectations, and the company said the numbers were strong even as countries continued to reopen in the second quarter from lockdowns.

A year ago, most game companies saw huge growth in gamers and revenues as people were forced indoors and other forms of entertainment were unavailable. While it’s tough to beat the numbers from Q2 2020, the results show gaming is holding its own. But the company now faces perhaps bigger challenges with its angry employees and its reputation.

Activision Blizzard CEO Bobby Kotick said in a statement the company had strong results in the second quarter, and it is raising its outlook for the year. But he also said that “we remain intensely focused on the well-being of our employees, and we are committing to doing everything possible to ensure that our company has a welcoming, supportive, and safe environment, where all of our team members can thrive.” 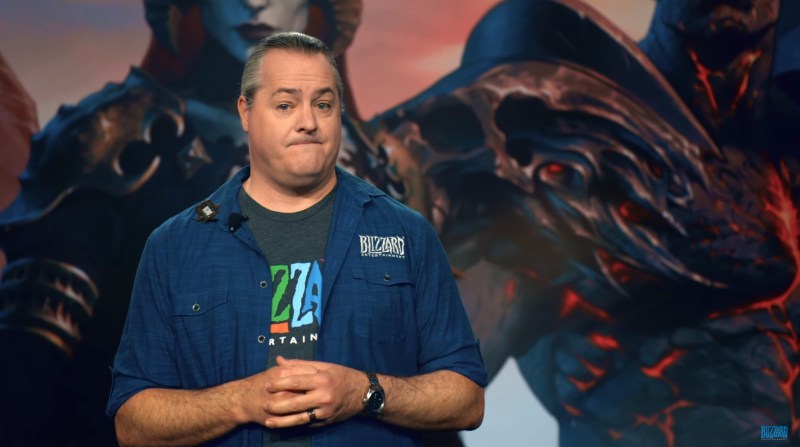 The financial performance comes amid the State of California Department of Fair Employment and Housing’s lawsuit against Activision Blizzard for a wide variety of complaints, including pay inequity, sex abuse, failing to protect employees from harm, and other infractions. Blizzard employees staged a walkout last week that drew larger numbers of people, and many more signed a petition making demands.

The company has denied those allegations, and it has pledged to take action on any reports of inappropriate behavior. Today, it made one big change as it said Brack had left the company and executives Jen Oneal and Mike Ybarra had assumed co-leadership of the Blizzard Entertainment division.

The company noted the filing of the complaint in its earnings release and said it is taking actions to address “the concerns of employees and other key stakeholders and the adverse consequences to our business.” It noted that if the company experiences “prolonged periods of adverse publicity, significantly reduced productivity, or other negative consequences relating to this matter, our business would likely be adversely impacted.”

The company credited its increased investment in its largest franchises over the last two years, as it scaled up Call of Duty with its free-to-play Warzone battle royale mode and added the free-to-play Call of Duty: Mobile to its mix. It said Call of Duty monthly active users were consistent with those of a year ago, and more than three times higher than Q2 2019.

The big video game publisher said that Call of Duty, World of Warcraft, and Candy Crush drove revenue for the quarter, as the company has invested heavily in the past two years.

Activision overall now has more than 127 million MAUs, compared to 125 million a year ago.

The free-to-play games have been a year-round onramp for players to upgrade to paid seasonal content as well with purchases of Call of Duty: Black Ops — Cold War, which debuted last fall. Activision Blizzard said that Warzone drove strong premium sales again at multiple levels above the pre-Warzone days. (Warzone came out in March 2020, as the pandemic lockdowns started).

The Santa Monica, California-based game publisher said its GAAP revenues for the second quarter ended June 30 were $2.29 billion, up 19% from $1.93 billion a year ago. GAAP earnings per share were $1.12, compared to 75 cents a share a year earlier.

Activision Blizzard has about 9,600 employees.

The Call of Duty franchise 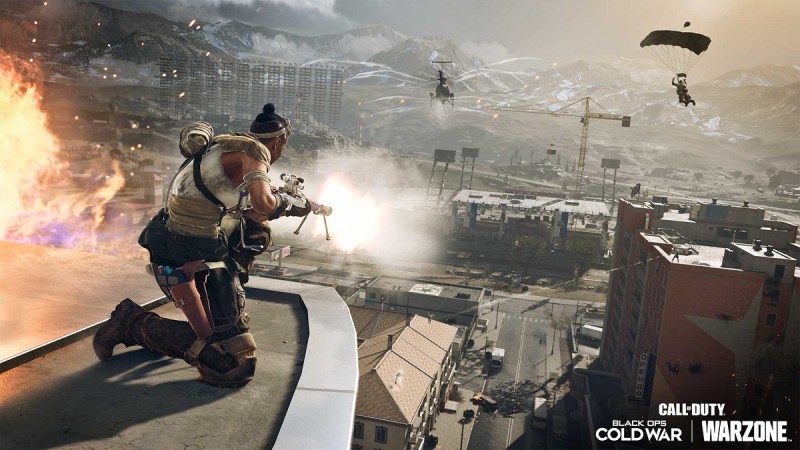 Above: Fighting from above in Nakatomi Plaza in Warzone.

Above: Burning Crusade is back.

Blizzard had 26 million MAUs in the second quarter, compared to 32 million a year ago.

World of Warcraft net bookings grew a double-digit percentage compared to a year ago, thanks to Burning Crusade Classic. Subscriber numbers and hours played rose following the release.

Hearthstone launched the Forged in the Barrens expansion. The United in Stormwind expansion is launching today, and the Mercenaries mode is expected to drive Hearthstone to better performance in the second half.

Diablo II: Resurrected will launch on PC and console September 23. Diablo Immortal is still in development for mobile, and it is slated for the first half of 2022. Blizzard also said it is making progress on Diablo 4, and Overwatch 2 passed an important internal development milestone recently.

King also saw growth in franchise payers and investment per payer, and Candy Crush was the highest-grossing game franchise in the U.S. The company has more seasonal events coming. Ad revenues doubled from a year ago. 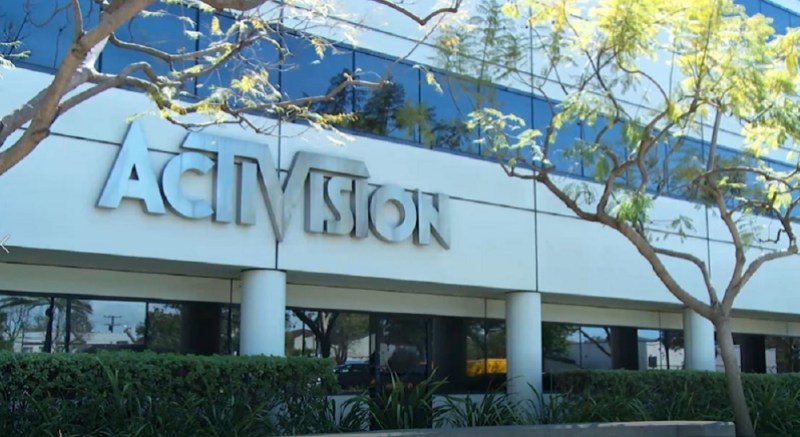 The company said it expects net bookings of $1.85 billion for the third quarter ending September 30. For the full year, the company now expects $8.65 billion in net bookings, compared to its previous estimate of $8.6 billion.

This is what the company said about the lawsuit and the actions it is taking:

Following serious allegations regarding the company’s employment, compensation and workplace practices, Activision Blizzard is taking swift action to ensure a safe and welcoming work environment for all employees. We have engaged a law firm to conduct a review of our policies and procedures to ensure that we have and maintain best practices to promote a respectful and inclusive workplace. We will be adding additional staff to our Compliance and Employee Relations teams, strengthening our capabilities in investigating employee concerns.

We are creating safe spaces, moderated by third parties, for employees to speak out and share areas for improvements. We will be evaluating managers and leaders across the company with respect to their compliance with our processes for evaluating claims and imposing appropriate consequences. And we will be adding resources to ensure and enhance our consideration of diverse candidate slates for all open positions. The leadership of the company is committed to creating the most welcoming, comfortable, and safe culture possible.