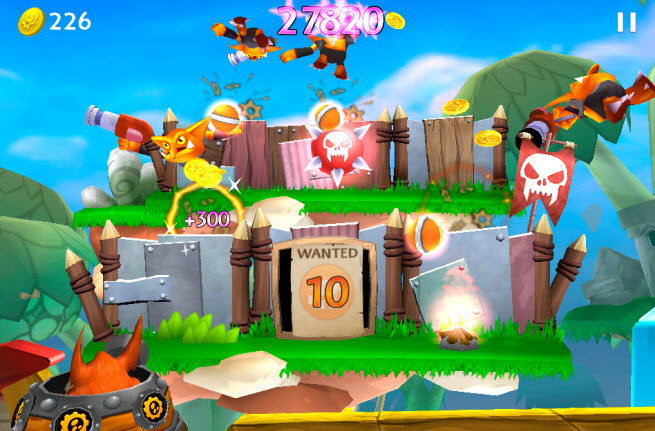 Activision Blizzard is diving into freemium monetization strategies for iOS games in a big way with the worldwide launch of Skylanders Cloud Patrol today. 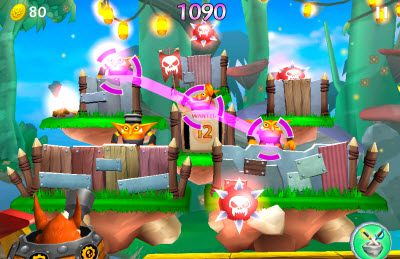 The new app signals a major departure for the company, which has always focused on selling paid games rather than giving them away for free. It shows that the world’s largest video game publisher is embracing change when it comes to new business models in the era of mobile games. It is now taking the No. 1 new kids game of 2011 and moving it onto a platform where content can be given away for free.

“It is Activision’s first ever freemium, microtransaction game,” said Greg Canessa, vice president of mobile at Activision Publishing. “It is a part of a larger strategy and a significant move. You’ll see more of this to come. Activision as a company is looking at this space very carefully.”

The game costs 99 cents, with no free version, but it features the ability to purchase additional goods during the course of gameplay. Other free-to-play vendors usually make a free version to entice players to buy the full version. So for now, this is free-to-play without the free part, but it capitalizes on the strategies of free-to-play games. For instance, in a twist on freemium, you can purchase Skylanders content on one platform and use it for no extra charge on the iOS platform.

The arcade-like shooting game is based on the Skylanders Spyro’s Adventure franchise that Activision Publishing launched with great success in the fall, with more than 25 million toys sold. In console or computer games, the Skylanders series has integrated a line of action toys with interactive entertainment. Kids can plug a Skylanders portal into a game console then set their toy character on top of the portal, and it would magically appear inside the video game. After finishing playing, the child can take the figure off the portal and take a save file and character with them wherever they go. 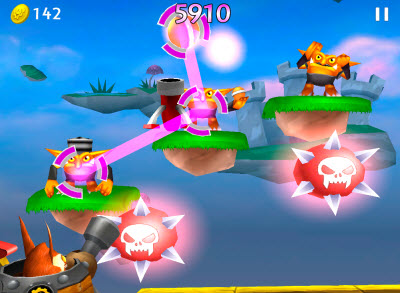 The great promise of the family-oriented Skylanders is that you can take the same toy and game across a bunch of different platforms. That now includes the iPhone, iPad and iPod Touch devices, too. More than 30 characters from Skylanders Spyro’s Adventure will work in the Skylanders Cloud Patrol game. If you bought one of the toy characters, you can enter the serial number of the action figure and unlock that character in the new game. Otherwise, you will have to use some of your virtual currency, gems, to unlock the character. And these cost real money. You also can earn coins in the game, and those can be used for power-ups.

While iOS may not generate as much revenue as the console or PC game, this is an important move that will enable players to become familiar with the brand for a much lower price.

The developer designed the game itself to be a brand new experience, Canessa said. It is set in a new region of Skylands, known as Kaos, that the evil minions of Portal Master have overrun. You take command of a sky-ship and use your favorite Skylander character to fight the bad guys. You control the game with touch gestures, such as tap-and-shoot or swipe.

“It’s a very casual game and conducive to the iOS audience,” Canessa said. “You’re either touching or swiping as you try to defeat the trolls.”

Activision created incentives for you to swap out Skylanders and use them all in the course of the game. There’s a daily challenge where you can use a certain Skylander to get double experience points. The idea is to get users to re-engage with the game frequently.

Cloud Patrol has social features, such as Game Center leaderboards and achievements, as well as a 3D character view that allows players to browse through their entire collection of avatars. The game has randomized levels for virtually endless play.

Vicarious Visions, a 20-year-old Activision studio based in Menands, N.Y., developed the game. More improvements will come in the future, including ways to make the interaction between toy and mobile devices more “magical,” Canessa said. The team supporting Cloud Patrol is doing so as a live operation, meaning they will continuously update the app over time. The game is instrumented with metrics so that Activision can learn how to improve it.

While the company is entering a crowded mobile market with more than 500,000 active apps in the App Store, it is banking on getting noticed because of the well-known brand, its own marketing around the Skylanders property, the innovative integration with toys, and the investment in gameplay, Canessa said.

Activision has had other iOS games before such as its Call of Duty Zombies and World at War Zombies games. But those were paid apps, which are rapidly becoming a rare commodity on the App Store as free-to-play takes over.

“We are pretty excited about this,” Canessa said. “We are students of the very rapidly evolving mobile space.”