Activision confirmed it will reveal Call of Duty: Vanguard as the latest installment in the shooter series at an event inside Call of Duty: Warzone at 10: 30 a.m. Pacific time on August 19.

Numerous leakers have said Vanguard is set in World War II and it involves the various soldiers such as a female Russian sniper, who appeared in a victory scene last week at the end of Warzone matches.

The reveal is the first major game that Activision has unveiled since Activision Blizzard was hit with a sex discrimination lawsuit by the California Department of Fair Employment and Housing for numerous violations of pay equity and harassment over the years regarding women employed at the company.

Some players have said they plan to boycott the Activision Blizzard’s games as a result of the lawsuit, and the parent company has begun removing some company leaders. But some women working for the company have also said they prefer players to play their games while supporting their cause.

Activision also faces the challenge of Battlefield 2042, which Electronic Arts plans to launch with clever new modes (such as the anachronistic Battlefield Portal user-generated scenarios mode) in a near-future modern warfare setting. That game is launching on October 22. 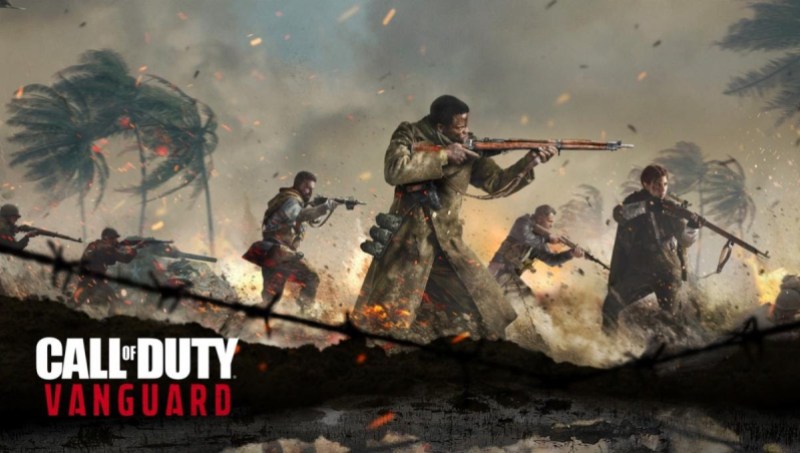 Above: Call of Duty: Vanguard’s reveal is August 19.

Last year, Activision did some similar teases before unveiling Call of Duty: Black Ops — Cold War at the stadium in the city of Verdansk inside Warzone. The trailer is entitled “See Them Rise” and it shows a few different characters from different armies in World War II.

Activision’s Sledgehammer studio made Call of Duty: WWII in 2017, and it has seen turnover in its leadership and team since then. Sledgehammer is now in charge of the new game, with lots of hires in Toronto and Australia. Leakers said that Treyarch is developing a version of Zombies alongside Sledgehammer for this year’s release.