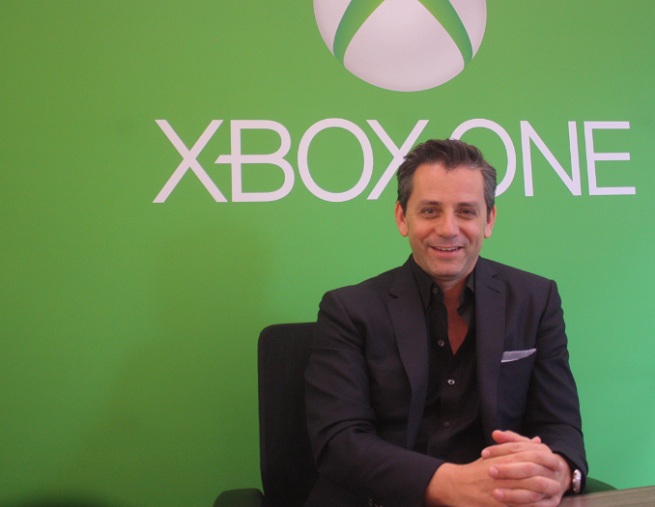 Eric Hirshberg, the head of Activision Publishing, is sitting pretty with a Call of Duty franchise that generates $1 billion every year and has a loyal audience of 40 million. Yet he plans to take a big risk with a big bet. The company skipped the expected plan of making Call of Duty: Modern Warfare 4 and decided to create a brand new version of the game dubbed Call of Duty: Ghosts. That game will debut on a number of platforms, including Microsoft’s just-announced Xbox One. The title, which will be out on Nov. 5, will feature exclusive downloadable content from Microsoft.

That’s a big commitment by Activision, and that’s why Hirshberg took the stage in the final minutes of Microsoft’s announcement of the Xbox One on Tuesday. He showed off a new game that will push graphics to the limit and feature other innovations, such as voice commands.

We caught up with him after the announcement. Here’s an edited transcript of our interview with Hirshberg.

GamesBeat: How are you taking advantage of these things in the Xbox One with Call of Duty: Ghosts?

Eric Hirshberg: We showed a lot of things I think are differentiating and exciting to us about what both our new engine and the next-generation hardware enable us to do. I hope you agree that the visuals are a step change in terms of realism and immersion and subtlety. It’s important for a game like ours, where every pixel matters and we’ve always run at 60 frames per second. Making that environment as immersive and detailed as possible will make the game better.

Also, one of the biggest things is the ability to connect emotionally with the characters. The more human and natural they feel, the more we can build real connections with the characters through the narrative. That’s why we’re focusing so much on story. That’s why we’re working with someone like Steven Gaghan. That’s why we’re focusing on a single squad for the entire campaign. Traditionally, Call of Duty has jumped around, and your identity changes from level to level. Sometimes that even happens multiple times per level. This commitment to going through the adventure and the journey with one band of brothers is going to be a nice shift for the franchise. 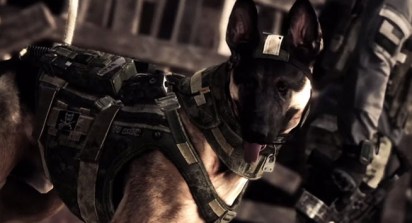 GamesBeat: That does look like an interesting convergence, where you need to hire the best writers to match up with what you can do visually.

GamesBeat: I came from the panel where they did the Kinect demo. They can apparently measure your heartbeat now by watching your face move. The controller gives you this heartbeat-like feedback as well. You can imagine that in a Call of Duty game, where that feedback makes the game more intense. Everything that you talked about on stage was on the visual side, but are you also excited about those features as well, like what a better Kinect can deliver?

Hirshberg: I made a passing comment that you’re going to see voice integration, voice commands via Kinect, which is something that we haven’t done in the past with Call of Duty. We think the improvements to Kinect really excite us because of the level of responsiveness and detail. I thought that the demo they did with the voice commands on television, the instant changing between games and music, was really compelling. You’ll see more of this coming from us as we get closer to the launch.

Obviously, we didn’t reveal that element today. We just mentioned it. But we’ve always made sure that we don’t just use new technology for novelty’s sake. We always make sure that it makes the gameplay better. In this case, we think it will.

GamesBeat: When you buy into some of these things, what do you think about, given that you have choices? You have Nintendo, Sony, or Microsoft here. If you’re buying into Microsoft’s platform, why do you choose that?

Hirshberg: I think that’s probably a better question for Microsoft. Obviously, we want all these platforms to be successful. We’re proud to be here to help reveal the new Xbox, and we want to provide some great content for the players.

They all have to be great game machines first. I think that’s the tip of the sword. Everyone’s trying to own the living room and own the entire entertainment experience, but it’s a game machine first and foremost. We’ve been pleased with Xbox’s approach.

GamesBeat: There is more entertainment stuff that’s going to happen, though, on this box in the future. Is that a good thing for everybody?

Hirshberg: I think it is. The only way it isn’t is if somehow that makes it a less potent gaming machine, but in this case, what we’re seeing in the next generation of hardware is giving us tremendous new tools to play with.

That said, I don’t think competition for different forms of entertainment in the living room is anything new. People can watch TV in their living rooms now. People can listen to music in their living rooms now. There’s a false divide that gets created in people’s minds sometimes, as though hardcore gamers don’t also consume other forms of entertainment and wouldn’t appreciate those things being made more seamless and more integrated into a more elegant experience. I think that’s all that you’re seeing here. To me, as a gamer, I’m excited by it.

GamesBeat: One thing that seems difficult for these guys to walk the line on is these consumer-rights issues that are popping up, about [digital rights management] and the constant connection and used games and so on. It seems like a sharper conversation to me than it’s been in the past.

Hirshberg: There’s certainly a lot of passions around it all. I think that it’s on the first parties to make sure that the benefits are compelling enough to attract people to that feature. But again, this is probably a better question to ask Microsoft. I know they’re considering that element carefully. I don’t want to just weigh in with my opinions. This is one of the things they’ve got to get just right with their launch. I think that a great experience is the way to the promised land.