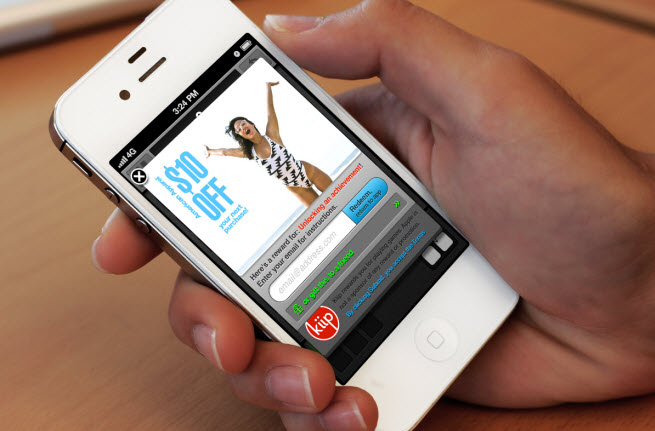 Play games. Win rewards. That simple slogan has created a big business for Kiip, which offers rewards for gamers on mobile devices at the moment of an achievement.

And that, in turn, has enabled Kiip to raise money from Interpublic, a global advertising holding company. The funding is part of an $11 million round that the company raised in December. Other investors include Relay Ventures, Hummer Winblad, True Ventures, and Digital Garage. But Kiip didn’t have approval to talk about Interpublic, known as IPG, until today. 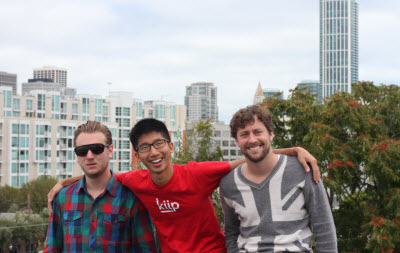 San Francisco-based Kiip has also entered into a strategic partnership with IPG, whose holdings include the IPG Media Lab (which creates experimental advertisements) and IPG Media Brands, which will introduce top-tier marketers to Kiip, chief executive Brian Wong (pictured right, in the center) told GamesBeat. IPG manages $35 billion in global media spending for its clients.

“IPG is one of the big four firms that control most of the advertising in the world,” said Wong. “We think this will accelerate our growth.”

Kiip gives a reward such as a $5 Starbucks digital coupon when someone achieves a milestone in a game. The company rewards such moments with real-world rewards that are sponsored by big brands. That helps the brands get in touch with the mobile generation, a key demographic group that has grown up ignoring ads.

“The mobile engagement model is winning, and that’s good for us,” said Wong.

“IPG is committed to developing emerging technology, talent, and innovation and bringing new solutions to our clients,” said Michael I. Roth, the chairman and CEO of Interpublic. “IPG Mediabrands and the IPG Media Lab identified Kiip as a key player in the increasingly important mobile market, with a thoughtful and effective model that connects brands with the modern consumer. It’s always exciting when we can help our clients find new pathways to consumer engagement.”

Wong founded Kiip in 2010 with Courtney Guertin (pictured right) and Amadeus DeMarz (pictured left). In 2012, Wong said that the company had rewarded more than 1 billion “moments” in games. In the last 30 days, the company has tracked 300 million moments. And Wong said that one client last year saw 56 percent of its gamers redeem a mobile reward.