British game publisher 505 Games announced today that it will publish Adr1ft, a sci-fi game that is being built by Three One Zero, the game studio created by former Microsoft developer Adam Orth.

Above: Former Microsoft executive Adam Orth spoke out against Internet toxicity at GDC 2014.

Orth became widely known a year ago when he got into a Twitter brawl over comments he made about always-connected consoles. It started with jokes under the hashtag #dealwithit, but it devolved into an Internet kerfuffle that led to Orth’s departure from Microsoft. He gave a moving talk about “Internet toxicity,” or the big problem of mob rule on the internet, at the recent Game Developers Conference in San Francisco.

One of the consequences was that Orth formed his own studio with Omar Aziz, and they started creating a game that reflected on Orth’s experience. The result is Adr1ft, a game where an astronaut awakes in zero gravity after a disaster and has to figure out on his own how to survive.

“It’s really a journey through action, consequence, and redemption,” Orth said in an interview with GamesBeat. “It’s about the consequences of your actions and how you handle the fallout. It’s about metaphorically trying to express what happened in my real life.”

The game resembles the plot of the Oscar-winning film Gravity, starring Sandra Bullock, but its story and game mechanics are unique, Orth said. Gravity was a great film, and if Adr1ft can convey some of the same experience of being in space during a dramatic accident, it could be a cool game.

“The only similarity to Gravity is that it is a game about being lost in space,” he said.

“The Three One Zero team epitomizes the tremendous passion and creativity of independent game development,” said 505 Games president Ian Howe in a statement. “I’ve wanted to publish Adrift from the moment I first saw it at DICE; we’re looking forward to working with Three One Zero to deliver a bold new gaming experience to all types of players.”

The player starts out in an EVA suit amid the debris of a ruined space station. It is a first-person experience that could work as a traditional game and as a virtual reality experience, according to Orth. The space disaster is like a metaphor for Orth’s experience in what he described as his own career self-destruction, and the online fury that it unleashed.

505 Games has published titles such as Payday 2, Defense Grid 2, Brothers: A Tale of Two Sons, and Terraria. 505 plans to publish the game for the PC, consoles, and virtual-reality platforms in 2015. Orth is building the game with a small team that he said will not likely be ever more than 10 people. 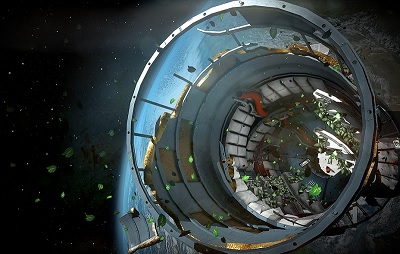 “I was really surprised at the interest we received after showing our game to publishers and investors,” Orth told Polygon. “At best I expected ‘Looks good, let’s see where you are in six months’. We were not prepared at all for so many really amazing companies to respond the way they did. I think the personal nature of the game is exactly why it was so well received by publishers. It confirmed my belief that people want something different now. I hope we deliver that. That is our intention.”

The game was announced on the anniversary of the #dealwithit controversy.

“It felt really good to announce the 505 partnership on this anniversary,” Orth said. “That’s closing a chapter in that book, and it’s time to make a new one.”

505 describes Adr1ft as an “emotional journey through action, consequence and redemption. In the end, the player will be left to contemplate the parallels between the choices he makes within the game and the ones he makes in real life.”

In his talk at GDC 2014, Orth said that immersing himself in this new project was a necessary part of his survival and rebuilding his place in the game industry.

The talk was entitled “Mob Rules.” He described the chilling effect of Internet toxicity as “very real and very dangerous,” citing examples such as the attacks on Dong Nyugen following the removal of his game Flappy Bird from the iTunes App Store. He worried aloud that such attacks would continue to escalate into something “awful,” possibly even suicide. During the Twitter storm, he said that he received 60 negative tweets a minute, including numerous death threats. He had to disconnect from social media, secure all of his online accounts, and leave town with his family.

In an interview today, Orth said that he got a great deal of satisfaction in taking his pain and turning it into something creative.

“That’s what creative people do,” he said. “The best experiences come from real life. I really need to be honest creatively. This is the first game where I have full creative control, but I have always tried to put a personal element into level design or character design. For me, it has to come from within.”

Orth said the idea has always been to create a great game as well as a cool virtual reality experience. The VR isn’t required to play the game, but it will enhance it. The recent $2 billion acquisition of Facebook by Oculus and the announcement of the Sony virtual reality headset, Project Morpheus, has been fortuitous for Adr1ft.

Orth said, “Oculus is perfect for the type of game we are making, which has scenes that are slow moving, with weightlessness. It takes out the fast and twitchy things in a game that make people sick. Our goal is to make an immersive experience and Oculus will take our game places we didn’t know we could go.” 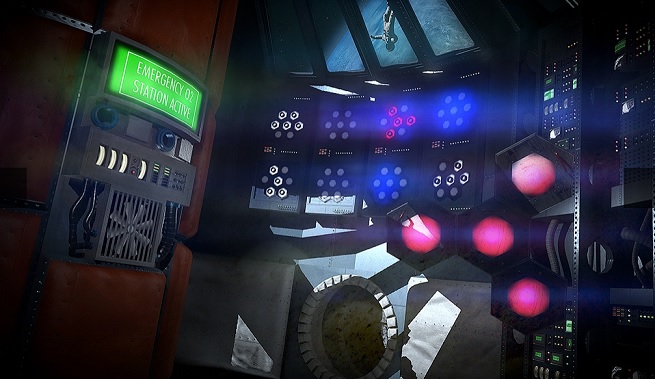