Color Switch has proven to be a tremendously popular mobile game, clearing more than 75 million downloads in just three months on the app stores. 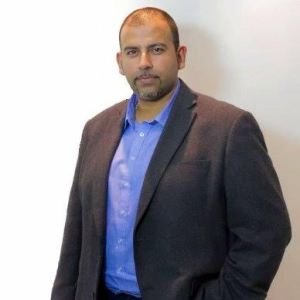 Above: Zeb Jaffer of Fortafy Games

That growth shows it’s still possible for small independent developers to create mega hits in the maturing $34 billion mobile game industry. And now the company is trying to ride the rocket that comes with striking it rich in the app stores.

The title is addictive because it seems so simple, but it takes a lot of skill. It has funky music and colorful, if simple, 2D graphics. It’s also easy to play in a short time, over and over again. Zeb Jaffer, cofounder of Fortafy Games in Sydney, Australia, said in an interview with GamesBeat that the game has benefited from word-of-mouth virality, social sharing by celebrities, and worldwide featuring on Google Play.

“It’s very exciting,” Jaffer said. “We were at No. 1 on the U.S. charts for 27 days straight. It continues to be a very socially active game.”

On iOS, the game is currently at No. 19 among overall apps. Back when we wrote about it in February, the game had only 15 million downloads.

The developers of the game are David Reichelt and Aditya Oza, and the publisher is Fortafy Games in Sydney, Australia. Reichelt and Oza initially made the game using Buildbox, which allows for simple, drag-and-drop development procedures. It took them about a week to make the game. And Reichelt was able to make the game — which is filled with dazzling colors — despite being colorblind.

Jaffer and his partner, chief technology officer Marc Lejeune, are trying to parlay the success into more momentum. Jaffer said a new arcade machine partner will make 30,000 arcade machines based on Color Switch and launch them in the U.S. in the fourth quarter.
Sam Ratumaitavuki, vice president of strategy, has been managing the app’s social media activity, which has now topped 1 billion impressions. The app has gone viral on networks such as Vine and Twitter.

Some of the social attention has been accidental. When Kanye West tweeted that his app had reached No. 1, he inadvertently drew a ton of attention to Color Switch with this tweet.

Man thank you so so so much everyone for signing up to Tidal. Tidal is now the number one app in the world!!! pic.twitter.com/O3r9DkX03R

And the Jenner sisters, Kylie and Kendall, drew massive attention to Color Switch when they shared their own app’s success. 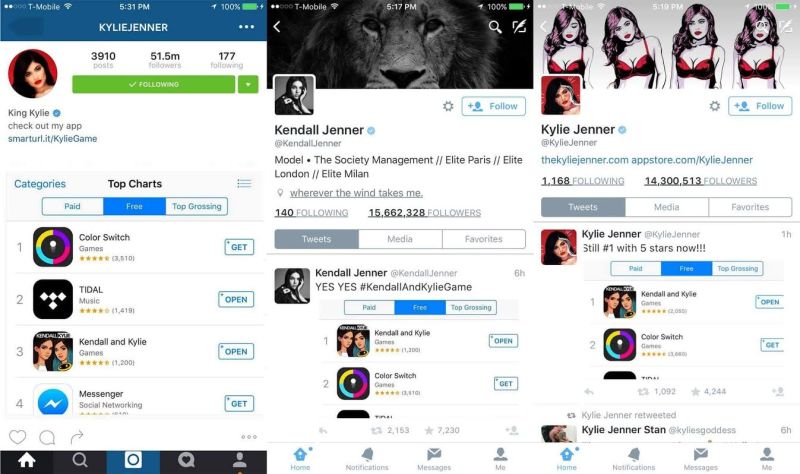 “They did a great job for us,” Jaffer said. “It never felt so good to get beaten.”

Fans are helping out with their own viral videos, such as this one. Jaffer also secured new music for the game from DJ Tom Garnett in the United Kingdom.

And the game is getting lots of updates. The title has more than 100 levels, and it now has 12 different game modes. And the free-to-play game uses the Heyzap ad mediation tool for serving ads. The game is monetizing through banner ads, rewarded video, video interstitials, and static interstitials.