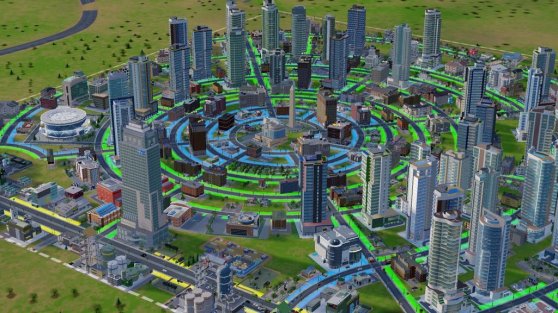 Electronic Arts says it has added more servers to accommodate the crush of SimCity players and it is offering a free PC game download from EA’s portfolio of titles on its Origin digital distribution service.

Lucy Bradshaw, general manager of the of EA’s Maxis Label, which made the city-building game, said in an update Friday evening that the server problems that began at launch for the always-connected game have improved significantly as EA added more capacity.

EA has suffered a public-relations nightmare since Tuesday, when it launched SimCity. A swarm of users came in and played so much that it brought down EA’s servers. And since you can’t play the game without a server connection, that meant nobody could play. EA disabled some features and reduced its marketing activity.

“Some people are still experiencing response and stability problems that we’re working fast to address,” she wrote. “So what went wrong?  The short answer is: a lot more people logged on than we expected.  More people played and played in ways we never saw in the beta.”

She added, “OK, we agree that was dumb, but we are committed to fixing it. In the last 48 hours we increased server capacity by 120 percent. It’s working — the number of people who have gotten in and built cities has improved dramatically.  The number of disrupted experiences has dropped by roughly 80 percent.”

I can confirm that I was able to get into the game and play for an extended time without getting booted. Earlier in the day on Friday, I couldn’t get in at all.

Bradshaw said, “So we’re close to fixed, but not quite there.  I’m hoping to post another update this weekend to let everyone know that the launch issues are behind us.”

She also said that SimCity is a solid hit in all major markets.

“This SimCity is made to be played online, and if you can’t get a stable connection, you’re NOT having a good experience,” she said. “So we’re not going to rest until we’ve fixed the remaining server issues.”

To make up for it, EA is offering a free game. On March 18, SimCity players who have activated their game will receive an email telling them how to redeem the free game.

“I know that’s a little contrived – kind of like buying a present for a friend after you did something crummy,” she said. “But we feel bad about what happened.  We’re hoping you won’t stay mad and that we’ll be friends again when SimCity is running at 100 percent. SimCity is a GREAT game and the people who made it are incredibly proud.  Hang in there — we’ll be providing more updates throughout the weekend.”