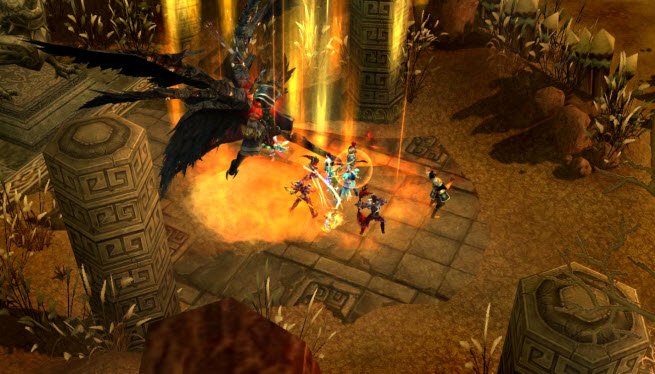 Adobe is about to taking mass market gaming up a notch. The company is introducing a number of high-end gaming features — from 3D graphics to easier mobile porting — today with the launch of version 11.2 of its Flash Player. The company is also launching a partnership with Unity Technologies, maker of the Unity 3D game engine.

This means that browser-based games and Facebook titles will be able to take a big leap forward in graphics fidelity, potentially offering a big boost for the whole game industry. Social and casual games on the web are expected to grow from $4.94 billion worldwide in 2011 to $8.64 billion in 2014, according to the Casual Games Association.

Adobe believes that it will continue to reach the largest mass market of game players with its Flash Player, which is already running on 1.3 billion PCs worldwide. That vast reach is Adobe’s biggest selling point: developers can create one version of a game and reach the most people. In the past, Flash games running on these PCs were two-dimensional and relatively primitive compared to console games with 3D graphics.

But the new Flash Player 11.2, which debuted in October and is now being enhanced, now has the option of tapping the 3D graphics hardware in a PC, not just the microprocessor. The player uses the Stage 3D applications programming interface that makes it possible to access 3D hardware. That API makes it possible for Epic’s Unreal Engine 3 to run inside Flash. It can also access fast memory features in a computer as well.

That enables Flash-based animations to take on a 3D look that is far better than the old Flash, which is the basis of most Facebook games today. Currently, nine of the top ten Flash games use Flash today.

“We consider Flash to be the game console for the web,” said Diana Helander, product marketing manager for gaming solutions at San Jose, Calif.-based Adobe, in an interview with VentureBeat.”We give game developers extraordinary reach.”

And now it’s not so outlandish to think that Adobe can deliver console-quality games that run in web browsers, with minimal downloading required. That means that Facebook users will be able to log into a Flash-based game instantly and enjoy rich 3D graphics — something that isn’t really a real experience with most of today’s Facebook games.

The deal with Unity Technologies will enable Unity customers to publish web-based 3D games, like Madfinger’s Shadowgun, to the Flash Player using tools built into the Unity developer interface. The full integration with Unity will arrive later this year.

While Adobe gave up trying to adapt the Flash Player to mobile devices, it has enabled Adobe Air to distribute Flash-based games to mobile app stores such as the Android Market, the Apple iTunes App Store, and the Amazon Appstore for Android. Those games are packaged as native mobile apps. The Stage 3D APIs will now work with Adobe Air.

The premium game features for games are supported in today’s version of Flash Player 11.2 and Adobe is making them available for free for content published prior to Aug. 1. After that, the premium game features can be licensed for commercial use, but will remain free for the first $50,000 in app revenues. After the first $50,000, Adobe will charge a royalty of 9 percent. The use of premium features within Adobe Air will be royalty free.

Unity has more than 260,000 active developers. Existing Flash apps range from Zynga’s FarmVille to Electronic Arts’ The Sims Social on Facebook. With Flash Player 11.2, games will run faster and show off better graphics. Over time, game developers will get used to using the technology and will create more and more high-end 3D graphics-based games in Flash.

Will Harbin, chief executive of Kixeye, a maker of hardcore games on Facebook, said his company plans to use the new Flash tools to deliver “mind-blowing browser-based game experiences” in 3D on platforms such as Facebook.

Emmy Huang, director of product management at Adobe, said in an interview that Flash 11 has penetrated about 80 percent of the Flash-based audience already. Version 11.2 just launched.

“We think that some of the games coming soon are going to be very exciting,” Huang said. “Adoption is still ramping up.”