Adobe’s announcement that it is giving up on mobile Flash development is good for one particular startup: iSwifter.

iSwifter was founded last year to enable PC-based Flash games to run on mobile devices. The company runs the game on its servers and then streams video at high speeds to the mobile device. Since it works fast, it can keep up with interactive games where the speed of interaction is important.

In short, it enables gamers to play their favorite Flash-based Facebook and web games on devices such as an iPad, even though they haven’t been adapted to that device. For instance, you could play Zygna’s Empires & Allies game on an iPad, even though Zynga hasn’t adapted that game to run on the iPad. 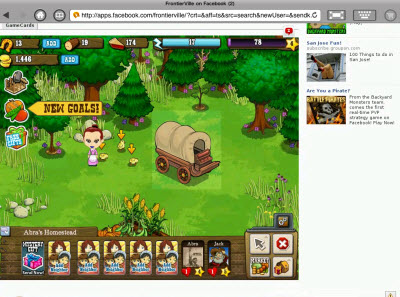 Adobe has been promising it would make Flash work on mobile devices since 2008. It launched a version for Android in mid-2010, but that didn’t work very well. The legacy of Flash was on the PC, where developers had the luxury of having unlimited central processing unit (CPU) and power consumption. But Flash was too unwieldy to run on power-efficient on mobile device hardware. After years of effort, Adobe threw in the towel today and laid off hundreds of people.

“I”m sorry about the layoffs at Adobe, but I’m very happy for iSwifter,” said Peter Relan, chairman of YouWeb, the incubator that hatched iSwifter, in an interview. “I was waiting for the day that Adobe would finally realize that it cannot do this, and instead will let iSwifter take care of this problem.”

Relan said his company made a bet on exploiting the disconnect between Flash and mobile devices after an argument erupted in 2010 between then-Apple chief executive Steve Jobs and Adobe over getting Flash to run on the iPhone.

“We made the bet on iSwifter that day that mobile Flash would fail,” Relan said. “This is a great day for iSwifter.”

Rajat Gupta, chief executive of iSwifter, said in an interview, that iSwifter will continue to benefit from the Flash disconnect because there are still a huge number of Flash developers — a couple of million or so — with a hundred thousand or more Flash games running on the web and on Facebook. Those Flash developers will continue to develop for the PC and won’t disappear overnight, especially since there are still 200 million plus PCs selling each year.

Gupta said that the company’s app for the iPad has nearly a million registered users about six months after its debut. On the iPad, the app is available as a free app for 30 minutes of use. After that, users can upgrade to unlimited play for $4.99.

Later this quarter, Gupta said that the team will launch iSwifter for Android devices. He is excited about the potential there because of upcoming tablets such as the Amazon Kindle Fire. I saw a version of the iSwifter app running on an Android tablet this spring.

“For Android, iSwifter is coming to the rescue,” Gupta said. “We will open it up on Android very quickly.”

Relan reiterated that iSwifter is on track to generate $10 million in revenues this year. Gupta said the company now has 15 employees, up from just five this summer.

Altogether, you can access any of Facebook’s 3,000 or so games and thousands of more web-based games. Of those, iSwifter chooses around 20 or so to carefully curate so they work extremely well on the iPad.

Relan said, “Adobe is now 50 percent of what it used to be. They’ve cleaved off the mobile part, and we are now providing the solution that they were trying to do. In a couple more years, I think iSwifter will become the defacto streaming player for Adobe. Our startup fills the gap.”

Other companies do video streaming on mobile devices, and OnLive can do this as well. But so far, iSwifter is the one that focuses on interactive streaming.