EVE Online has been a subscription game for 13 years, but with its Ascension update being launched today, the game from Iceland’s CCP will have a free-to-play option for new players.

The company hopes that will lead to an influx from free-to-play will reinvigorate a community of hundreds of thousands of subscribers. Andie Nordgren, executive producer of the game for the past two years, told us in an interview that the new players will be welcomed into the EVE universe with a tutorial that lasts two to five hours. That tutorial, playable within five minutes of the start of downloading, is the result of many years of experimentation with how to bring players aboard.

The expansion is the second major update this year from the 100-person development team. It is aimed at keeping the content fresh for old timers and accessible for new players who are curious about why the game attracts such passionate followers who stage gigantic battles with thousands of players.

The addition of free-to-play is a gamble, but CCP has thought it through. EVE Online can still monetize players through in-app trading, dubbed Plex, where CCP takes a cut of transactions between players. 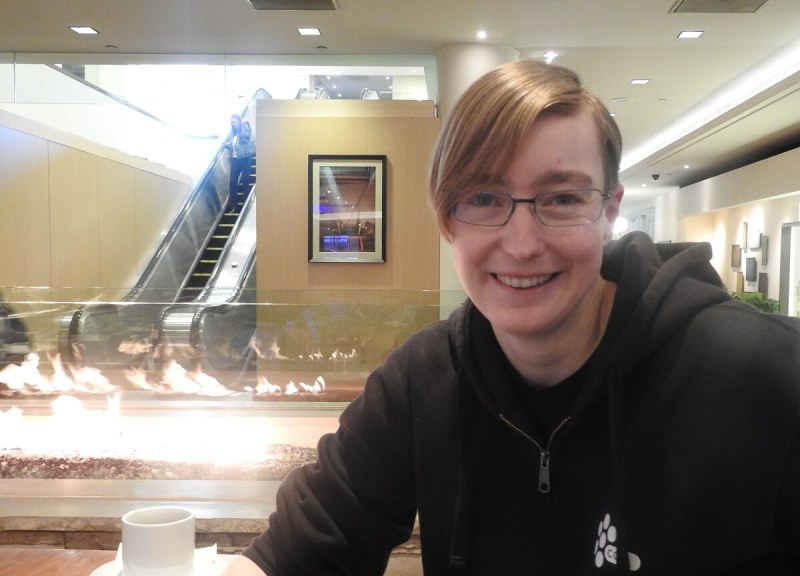 Andie Nordgren: We’re trying to give people a basic orientation in how to take part in the sandbox universe through a more story-driven approach. You join the game through one of the four empires, four different races. You wake up after a battle that’s gone wrong. Your fleet was attacked by Drifters, one of the enemies in the game, and you’re the only survivor. The commander from your empire has to work with you — someone completely new — to get done what needs to be done.

This commander provides the why behind what you need to do. Then you have your ship’s onboard A.I., who’s there to assist you with getting things done. The clip here starts with you in this warp disruption bubble, which means you can’t warp out. You practice shooting the bubble generators so you can get out. Just as you’re about to shoot the last one, the first real enemy ship warps in for you to fight, and the A.I. helps with doing that. You get a sense of the interplay between these two and the way the A.I. scales back instruction as you learn things.

It’s a sort of partitioned story that takes you toward finding out where the attackers came from and then becoming part of striking back with a big fleet from your empire. The pinnacle of the experience, after you’ve prepared and gone on several sub-missions, is being part of a huge battle in the end with capital ships. Then you’re equipped with the basics of the game.

The free offering is the most dramatic change in terms of access to the game. Then, in the expansion that’s shipping on the 15th, we have a couple of really chunky features for the current community that are part of strengthening the sandbox gameplay. We have new structures to build, new stuff for the fleet combat meta, and so on. 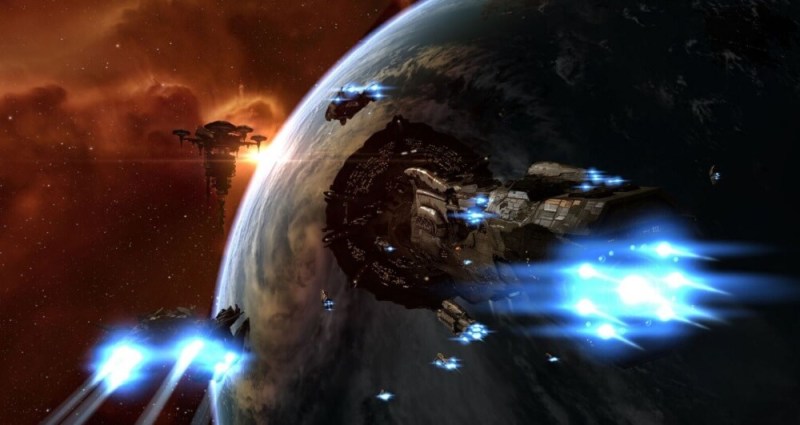 GamesBeat: How old is the game now?

Nordgren: Kind of…nothing? When the game launched, you were just dropped in space with nothing at all. We’ve made various attempts over the life of the game to tutorialize all of this in some way, but because there’s such depth and complexity, so many things you can do in the sandbox, it’s extremely difficult.

What we have in the game at the moment is something very open-ended, very action-based, called opportunities. We just show you things that you might be interested in doing, but we don’t really give you any context or purpose. This storyline you can take part in is our way of equipping you with the mastery you need to then become an agent in this universe. What’s a good way to teach those skills? We think that’s by letting you be a star in this little story.

GamesBeat: How long does this tutorial story last?

Nordgren: We think it’ll be between two and five hours of play time, depending on how fast people go through it. If you already know the game quite well, you can run through it fairly quickly, but if you’re completely new to it and take time to enjoy the scenery — it’s designed so you can take breaks in the middle. At several points you’re on station preparing for the next leg of the story, and you can say, “Hey, I’ll play the rest of this some other time.”

GamesBeat: How long have you been working on the game?

Nordgren: I joined CCP in 2010. I’ve been the current executive producer for about two years now.

GamesBeat: Do you regularly reinvent and reinvest in the game this way, or is this a comparatively rare event?

Nordgren: For the first few years of the game, there was an expansion every year. Then we stepped up to a few years with two expansions every year. Now, for the last three years, we’ve been in a hybrid mode. We deploy changes every month, which might be small balance changes and so on, new content, and then we have bigger expansions when we feel like we have something significant enough to put that label on it.

This is one of two expansions this year. We also shipped a pretty big release in the spring. We have a development team of about 100 people that continuously works on adding updates to the game.

GamesBeat: How did you contemplate going free-to-play?

Nordgren: A lot of the decision, for us, comes from listening to our current players. One of the biggest reasons they unsubscribe is because of the equation between time and money. That’s a big signal. The game market, what people expect, has just changed. When EVE Online launched, it was completely radical to have a free trial. Expectations were just different.

Some years ago it was still a viable value proposition to offer a subscription-based MMO. Now, with so many free games on the market, it’s a much bigger ask to get people to subscribe up front. We think there needs to be a viable way to take part in the game for free.

We’ve tried to design it in a way that it isn’t just a trial. The limitation is essentially that you have access to three sizes of ships. But with those ships, you can do almost anything. We’re not limiting any regions. We want the option to be viable for both old and new players to come in and play for free. We think that overall the ecosystem benefits from more people.

Business-wise, we don’t need to have everyone eventually become a subscriber. As long as we have a base of subscribers, that’s fine. Also, because we have this Plex model that lets players trade in-game currency for game time — that’s become a very viable model for us. Basically, we take a cut when players trade between these two things. The difference is about five dollars.

Because we have that model, we don’t have to come up with 10 new things that we’re going to sell to the free users. They’re part of the player-driven economy. They contribute to the ecosystem anyway. I love being in a position where we can thrive as a business without having to constantly chase our free players for money.