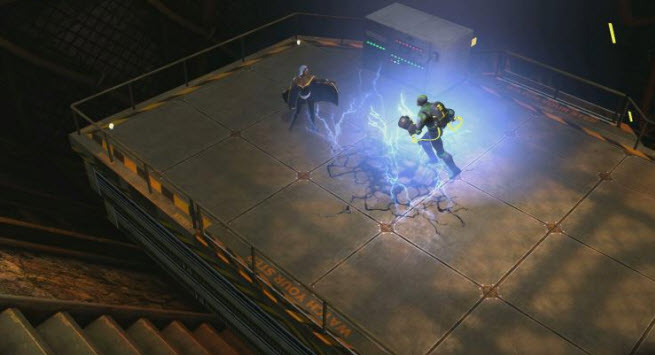 Marvel Heroes represents the work of hundreds of people and a big collaboration with comic book publisher Marvel. The downloadable MMO is less like World of Warcraft, where you laboriously level up your character doing repetitive tasks, and more like an action role-playing game with nonstop fighting. The game lets players suit up in tights and pretend to be their favorite Marvel superheroes. 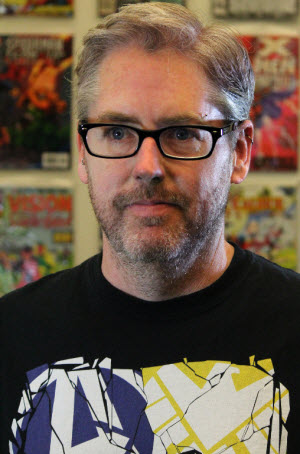 “I”m a bit nervous,” said David Brevik, the president and chief operating officer of San Mateo, Calif.-based Gazillion, in an interview with GamesBeat.

After all, Brevik is the man responsible for Marvel Heroes. He is the creative director on the title, which was conceived as free-to-play from the beginning.

MMOs are a risky business. Trion Worlds spent five years working on Defiance, its sci-fi shooter MMO that launched in April alongside a sci-fi TV series from the SyFy Channel. The company spent an estimated $70 million making that game. But it still had bugs when it debuted, and critics panned it. Brevik’s team has been testing Marvel Heroes game since last fall, but their do-or-die moment comes today.

Gazillion had an internal team of 75 people working on the game for three and a half years. Another 75 internal people helped handle tasks such as operations, testing, customer support, and marketing. Another 150 worked externally, doing things such as outsourced animation tasks. Gazillion has raised more than $80 million for sure and probably more than $200 million, but it hasn’t disclosed exactly how much. In contrast to other MMO developers, Brevik says Gazillion didn’t pivot into the free-to-play design after it started building the game.

“We saw what was happening in Asia more than four years ago, and we decided to make it free-to-play from the very beginning,” Brevik said.

Brevik has been under pressure before. He was the visionary behind Blizzard’s Diablo and Diablo II games. Marvel Heroes plays a little like those titles except that you might be joined by as many as 50 other human players as you try to take out the bad guys, Brevik said. That style of gameplay is a lot more popular these days.

But a ton of competition is coming from a new corner: the multiplayer online battle arena game. Riot Games’ League of Legends has popularized the MOBA, where five players battle against five others repeatedly on just a few different maps. In fact, Gazillion is going to get competition on this front from Infinite Crisis, a Marvel-branded MOBA coming from Warner Bros. Interactive Entertainment and its Turbine studio this fall.

“We have a lot of action,” Brevik said. “This is not about killing four bears and collecting three apples.”

Still, Gazillion also has the huge marketing power of Marvel behind it. Word about the game is going to be blasted through a wide variety of Marvel channels.

Gazillion had access to the 3D models used to create Iron Man in the latest Iron Man 3 movie. Marvel Heroes includes a character named Rocket Raccoon from Guardians of the Galaxy.

“We weren’t going to do that, but Marvel encouraged us to do it,” Brevik said. “Then, later, they announced that they were doing a Guardians of the Galaxy movie. Now we have that tie-in. We can play off of each other.”

In the game, you can play any of 21 Marvel super heroes, including  Iron Man, Thor, Wolverine, Hulk, and Spider-Man. You can explore the Marvel Universe in an extensive main story that last about 20 hours. Each character has a deep leveling system.

On top of that, you can repeat the journey with other characters since the levels, weapons, and enemies are randomized. You can also engage in endless quests related to player-versus-environment and player-versus-player gameplay. Players can swap between characters on the fly and equip hundreds of costumes from more than 70 years of Marvel history. The missions is to stop Doctor Doom from destroying the world with the power of the Cosmic Cube.

The story was created by Marvel writer Brian Michael Bendis and is available as a free digital downloaded for the PC at MarvelHeroes.com and on the Steam digital distribution store. Brevik said he is looking at launching more content after the debut and improving the game over time. A Mac version is in development.

This is Gazillion’s second Marvel game. Another, Marvel Super Hero Squad, debuted a couple of years ago and has more than 5 million registered users. After four years, Brevik said he was relieved to be shipping.

“I have yet to figure out the easy way to do it,” he said. “It’s a lot of blood, sweat, and tears. It’s more of an art than a science. But we’re in a good spot because we have a good product.”