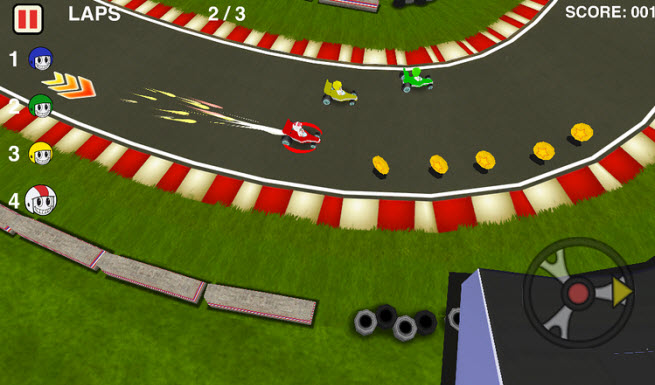 Disney Mobile has had an incredible year when it comes to hits. All five of its major releases have gone to No. 1 in the Apple iTunes App Store in the past year. And now it’s launching three new games for the holidays and releasing four major updates for existing titles. 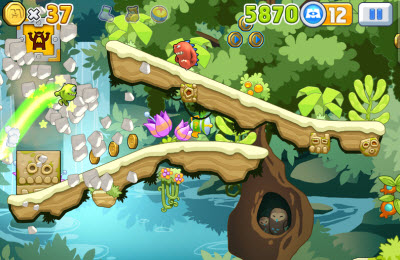 And it’s now getting enough games into the market to cross-promote them with great results, resulting in a network effect that helps the games spread. That’s a pretty good track record, considering that most of the game publishing giants and entertainment companies haven’t figured out mobile games yet. Don’t be surprised if Disney Mobile triples or quadruples downloads in the last two weeks of the year.

“I feel we are the most successful of the traditional companies on the App Store,” said Bart Decrem, the senior vice president and general manager of Disney Mobile, at a press event in San Francisco. “We found a formula in leveraging what Disney does best. Our mission statement is to bring the magic of Disney to mobile.” 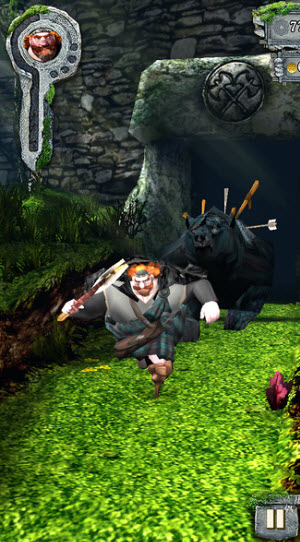 The new titles include Monster’s Inc. Run. Like Temple Run: Brave, this takes an existing game, Get Set’s Mega Run, and makes a new game out of it. It’s a side-scrolling platformer (pictured right) featuring characters from the Monster’s Inc. In the game, Sulley, Mike, and other characters have to save the little girl, Boo. It debuts on iOS on Thursday.

Another new game is Nemo’s Reef, which you might consider to be a relaxation game. In it, you build a reef, decorate it, and collect a bunch of different tropical fish. It features Nemo and the cast from Finding Nemo. It debuts on iOS and Android on Dec. 20.

The third new game is Where’s My Holiday?, a brand-new holiday-themed “Where’s My…” title featuring the characters Swampy and Perry. The game will debut on iOS and Android on Dec. 20.

Decrem said that Disney’s overall strategy in social and mobile games has set up the success. The entertainment giant acquired social game publisher Playdom and Decrem’s mobile game studio Tapulous. Then it put outsider entrepreneurs (who understand modern apps and free-to-play business models) in charge of the whole game business. Decrem waxes poetic on how mobile is changing entertainment.

“If John Lassiter were starting Pixar today, would he choose mobile as his platform?” he asked. “And we are now creating characters in digital form that will become part of Disney’s larger business.” 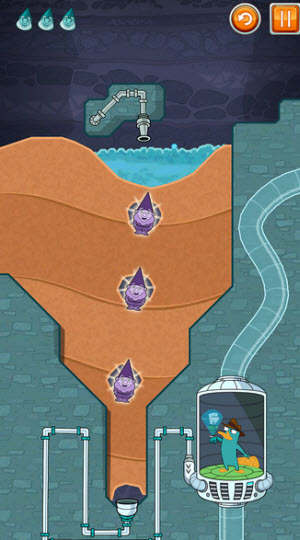 John Pleasants, the former head of Playdom, runs Disney’s overall game business, while Decrem runs all of Disney’s mobile games. But with each new gaming acquisition — such as Studio Ex in Korea this week and the LucasArts game division (along with all of Lucasfilm in a $4 billion deal) — Disney tries to run the businesses in a decentralized manner and allows the creative talent to keep doing what they do.

Decrem says that Disney is taking established brands and putting them into mobile games. It is also taking new hit entertainment and transporting it into games (Wreck-It Ralph, which got more than 10 million users). It takes successful mobile games made by indie entrepreneurs and then creates a Disney-branded version of that game, as with Temple Run: Brave. Disney is also creating its own new digital characters that appear first in games and then, if successful, make their way into video entertainment and toys (Where’s My Water? and Where’s My Perry?). And it is extending the game franchises that it has acquired, as with Tap Tap Revenge: Tour.

The numbers are impressive. Where’s My Water? is the biggest hit, with more than 100 million downloads. Disney Mobile Games’ peak daily active user (DAU) count has grown six-fold over the past 18 months to 6.1 million DAU, up from 1 million DAU in June 2011. Disney has made Swampy character videos, dubbed Swampy’s Underground Adventures, that have gotten more than 10 million views on YouTube.

“That’s exciting for me,” Decrem said.

Now the company plans to leverage its existing games with significant updates. Where’s My Perry?, a game where you control the flow of water to make things happen, will have 40 new levels and a new character in Dr. Doofenschmirtz. The update will sell for 99 cents as an in-app purchase. The game will also have 20 new free levels. 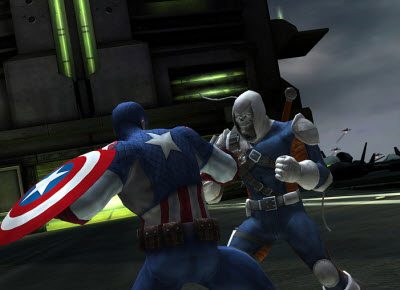 With Temple Run: Brave, Disney Mobile is adding a new character, King Fergus (Merida’s Father), for a cost of in-game currency of 500,000 coins. The game will also feature a new game mechanic, dubbed the “second shot.”

For Wreck-It Ralph, the company is creating a whole new mini-game in the arcade, Turbo Time, an arcade racing game (pictured at top).

And the Marvel Avengers Initiative will see its second episode launch with Captain America. The app will also be supported with a major holiday marketing push.

All of the updates come out on Thursday. Once they come out, Disney will market them through various channels, from Disney.com to the Disney Channel. Disney is building “connective tissue” to cross-promote all of the games. It has a common technology platform with features such as Children’s Online Privacy Protection Act (COPPA) compliance and analytics.

As for 2013, Decrem says there could be a dozen new games coming from Disney Mobile. And those games will have more and more connectivity and social play features.