Just in time for the Game Developers Conference, ad tech firm Supersonic is rolling out a new combined product that will make ad monetization simpler for game and app developers.

The San Francisco company (which goes by the name Supersonic by IronSource) is launching a new software development kit (SDK) enables ad mediation for mobile interstitial ads for Android and iOS devices. This product is the first new result of Supersonic’s merger with IronSource, which was completed in September.

Demand for mobile ad inventory, particularly in-app, has skyrocketed. Research firm eMarketer estimates advertisers will spend over $100 billion in mobile ads this year, accounting for over half of the global digital advertising market.

Ad mediation is a technology that figures out what ad to show a mobile user. It has to sort through details such as the type of user and location across different types of ad networks and deliver the ad in real-time. And now it does that with a single SDK between Supersonic and IronSource.

Just as Amazon delivers a one-stop shop for hosting online games and apps, the combined companies want to provide a one-stop shop for monetizing a game or app business. They offer mobile video, offer wall, interstitial, display, and full mediation support for all ad products. It’s all about showing the right ad at the right time and doing it in a way that is simple for the advertiser and the publisher. 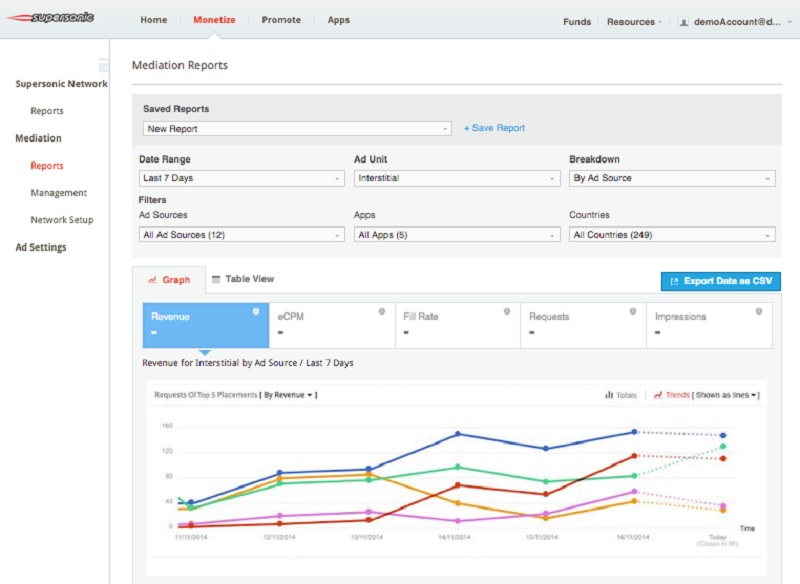 Supersonic’s SDK is already integrated with more than 80,000 developers, and Supersonic and IronSource are seeing huge demand for their services from both sides, the companies say.

While we certainly see no shortage of demand, developers are having trouble managing this surge, inundated by the numerous ad networks available, each requiring their own separate integrations.

Adam Ben David, vice president of Supersonic’s SSP, said in an interview with GamesBeat that developers are suffering from SDK fatigue or bloat. That means they have to integrate too many different mobile marketing, analytics, and monetization tools into their games. They want it to be simpler, and this new product does that by combining SDKs that were once separate Supersonic and IronSource products.

“We have one SDK now,” Ben David said. “This was the biggest ask we had from developers.”

With the addition of interstitial ad formats, Supersonic now offers developers the ability to tap into both global rewarded video and interstitial demand. Developers integrated with the Supersonic SDK can immediately deploy HD interstitial and video ads in their apps today, and manage and optimize demand from all leading ad networks, which include Facebook Audience Network, InMobi, Applovin, AdColony, Chartboost and more.

“This is the first milestone that comes from the combination of the companies,” said Gil Shoham, former CEO of Supersonic who is leading the merged company’s mobile activity, in an interview with GamesBeat. “We are connecting two platforms together. Supersonic has been serving about 2 billion video ad requests per month. IronSource is display, banners, and programmatic ads. Together we are reaching a huge scale.”

The technology has been in beta testing for about five months.

“There are many different networks that connect to our platform,” said Shoham, who is now becoming the chief revenue officer of the combined company. “What we are focusing on is working more closely with direct advertisers. We provide the technical pipe in the middle. Just by upselling customers, we think we can see a lot of growth.”

Stewart Rogers, analyst at VB Insight, said, “Listed as one of VB Insight’s ‘eight user acquisition companies to watch,’ this new SDK puts Supersonic up against the likes of Inneractive, and Mopub. Certainly, if you’re a mobile developer, you may not have advertising expertise. Even if you do, managing multiple ad networks is probably not a good use of time or resources. These solutions reduce that effort dramatically.” 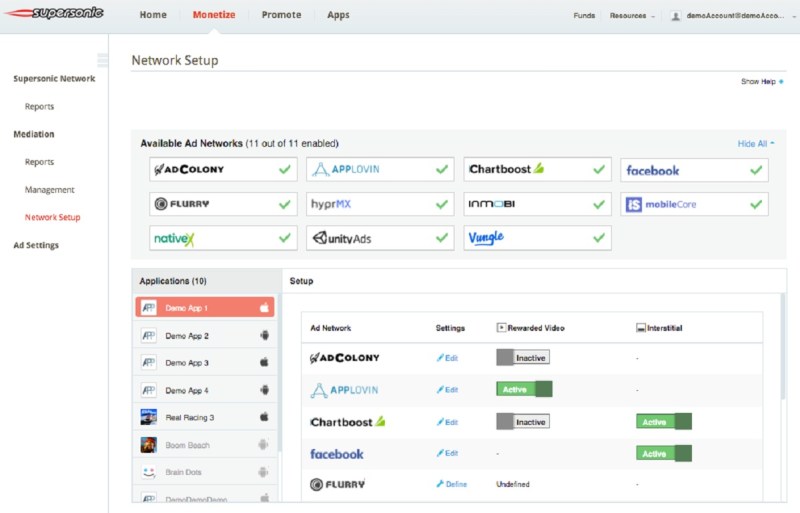