Harmonix Music Systems, the maker of the upcoming Rock Band 4 music video game, has raised $15 million in equity funding. The funding is unusual since Harmonix was founded way back in 1995, and because investments in music games are going through a kind of revival. 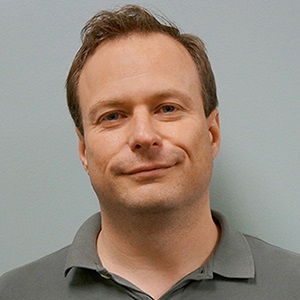 The money from the Foundry Group and Spark Capital will go toward innovating in music video games, said Steve Janiak, CEO of Boston-based Harmonix, in an interview with GamesBeat.

“VR is a big focus for the studio moving forward,” he said. “It’s incredibly expensive to make video games. Building for the Xbox One and PlayStation 4 is a lot more expensive than it was building for the original Xbox or PlayStation 2. Having funding on hand to invest in emerging platforms where we can be innovative is important. We don’t need the pressure of having it be an immediate hit. That’s why we do fundraising.”

Harmonix is making a game for the Oculus Rift virtual reality goggles, and it is making a music visualizer for Sony’s PlayStation VR (formerly called Project Morpheus).

“It’s unusual to have so much interest from venture capitalists for a company that is more than 20 years old,” Janiak said. “We’re basically reinventing the company. We feel like a startup. We have a bunch of small teams that come up with a bunch of projects that we decide to fund. Some are much bigger things like the VR work that will come out next year.”

Other participating investors include SOSV, CommonAngels Ventures, and Presence Capital.

Janiak pointed out that Harmonix was focused on making games for Microsoft’s Kinect in the past, and that turned out to be a narrow strategy. Now the company is looking wider. At Apple’s most recent press conference, Harmonix revealed Beat Sports, a collection of music-infused mini-games developed exclusively for the new Apple TV.

“Harmonix is about making music gaming accessible,” Janiak said. “Apple TV will bring a new kind of casual gamer that is not being served now.”

On October 6, the latest iteration of the studio’s award-winning Rock Band franchise—Rock Band 4—will be available for retail and digital download for Xbox One and PlayStation 4.

Harmonix will support Rock Band 4 with a lot of updates throughout the life cycle of the Xbox One and the PS4, Janiak said. In December, for instance, the first update will come with competitive and social features.

“There will be both free and paid updates,” he said. “We will continue to sell songs for people who want their own playlist.”

Meanwhile, Harmonix also raised money via Kickstarter to create Amplitude, another music game. Janiak said the company used crowdfunding to assess whether there was demand for the game, which will debut by the end of the year for Kickstarter backers and next year for everyone else.

“We’ll invest a lot more money in that game than we raised on Kickstarter, but Kickstarter helped,” he said.

“There is no other game developer that has succeeded with new interfaces and new platforms as many times as Harmonix. And this year is in many ways the rebirth of the company, from publishing Rock Band, to taking the pole position yet again on two brand new platforms, Apple TV and virtual reality. They are a unique company in the history of gaming, and we are very excited for what’s to come,” said Nabeel Hyatt, venture partner at Spark Capital, in a statement.

Hyatt will join the board of Harmonix.

“Harmonix has been able to keep a steady beat of innovation going throughout its incredible journey over the past two decades,” added Brad Feld of Foundry Group, in a statement. “I have no doubt that they’ll continue to push the boundaries of human-computer interaction in a way that impacts millions of people around the world.”

Harmonix has about 120 employees, down from nearly 300 when Viacom’s MTV owned it.

“We are smaller, more efficient, and nimble,” Janiak said. “We have people to make titles like Rock Band while simultaneously going after a few other things. It does feel like a startup company.”

Asked if he was going to crush the rival Guitar Hero Live coming from Activision, Janiak said, “It validates it’s a good time to bring this game back to market. The games are differentiated enough to find their own audiences. We are bringing innovation with freestyle guitar solos. The game looks great. We have a great soundtrack, and bands like U2 that no one has been able to get before for music games.”