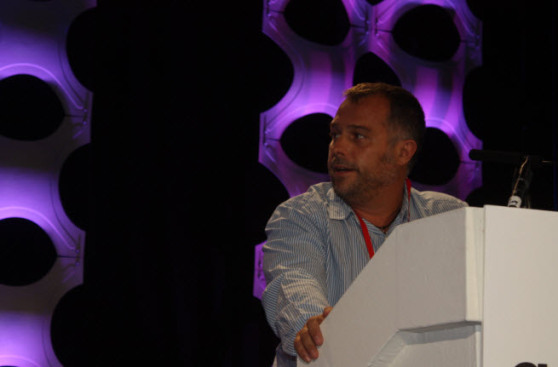 Spanish startup Akamon Entertainment, a maker of social games played in Europe and Latin America, has raised 2.8 million euros ($3.65 million) in a first round of financing. Investors include Axon Partners Group and Bonsai Venture Capital.

The Barcelona-based company was the winner of last year’s Who’s Got Game contest for the best gaming startup at the GamesBeat 2012 conference.

The publisher offers social and casino games via its own and partner websites as well as via Facebook and mobile devices. The company specializes in taking games and “internationalizing” them by adapting them to local markets and promoting them with its portfolio of similar local products.

Last year, Akamon chief executive Vincenc Martí (pictured) talked about how the company adapts games between regions, keeping the rules 80 percent similar. As of last year, it has 38 games. It targets regions in southern Europe and Latin America that have been underserved.

Akamon will use the raised funds to beef up its marketing, hire new people, and expand into new markets. The company has 70 employees and plans to hire another 20 before year’s end. During 2012, the company generated revenues of $8.5 million and had positive earnings before taxes, depreciation, and amortization. It expects to nearly double that revenue to $16 million in 2013 by expanding into mobile games and new markets like Colombia and Mexico. It also plans new white label agreements with international partners.

All told, the company has more than 115 million users.

“We are delighted that two fund companies of such caliber as Axon Partners Group and Bonsai have joined the project,” said Martí of the funding, “bringing a profound knowledge of the Latin American market and an unparalleled track record of success with Internet companies respectively.”