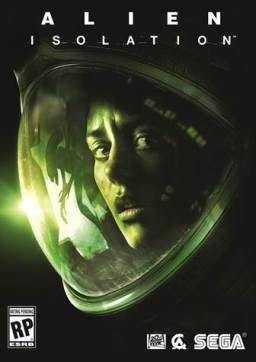 Think back to how many times you’ve seen your favorite movie. Five? Ten? My friend Sid once got on my case for “only” seeing the original Total Recall about a half-dozen times. But his boast-worthy 50 viewings of that Arnold Schwarzenegger thriller is nothing compared to how often Al Hope has watched Alien.

Hope, the creative lead at developer Creative Assembly, has seen the 1979 sci-fi classic over 100 times. Granted, some of those are attributed to research. Not that wink-wink “research” that people use to excuse time pursuing extracurricular activities but legitimate “I need to do this for my job” work.

That’s because Hope and his team (along with publisher Sega) are busy finishing up Alien: Isolation, the survival-horror game due out in October for PlayStation 4/3, Xbox One/360, and PC. It makes perfect sense that he’s spent so many hours of his life studying the source material because this new adventure is all canon. Isolation takes place shortly after the events of the original Alien and well before its sequel, Aliens. It doesn’t star film-franchise protagonist Ellen Ripley (played by Sigourney Weaver), but it does feature her daughter, Amanda, who’s looking for her mom in this game (and was briefly referenced in the extended cut of Aliens).

But 100-plus times? Isn’t that a bit … excessive? Hope wants to get this right. He has to get it right. Alien has had 35 years to ingrain itself in our culture. Almost all of us are familiar with the movie’s dingy, retro-future analog technology; horrific, in-space-no-one-can-hear-you-scream loneliness; and of course, the predatory and iconic xenomorph itself. We all know Alien and can’t accept anything less than 100 percent faithfulness.

We recorded our viewing session for an audio commentary track that you can listen to while watching the original 1979 theatrical version of the movie. Just download or listen below. (We give you some warning so you know when to hit play — hopefully on your Blu-ray player.) Hope gives us some fantastic insight into all things Alien, including set design, characters, plot, special effects, the writing, kitty cats, exploding stomachs, and the legendary space monster — and how he and his team are integrating everything into their game.