Alienware is launching its new 15-inch and 17-inch X-Series gaming laptops today. These have cooling technologies that tap AI and yet are amazingly thin, at less than an inch thick for both models.

The models include the Alienware x15 and Alienware x17 models and they use Intel’s latest mobile processors as well as Nvidia’s latest graphics chips. Alienware has already launched a bevy of products this year, and these also try to hit the company’s values of bold innovation, high performance, iconic design, and premium quality, said Eddy Goyanes, the product marketing manager at Alienware, in a press briefing ahead of the virtual Computex 2021 trade show in Taiwan.

“We want to make sure our designs inspire people to use them and express themselves as gamers,” Goyanes said. “Quality goes into that too. We want to make sure that gamers feel like when they’re holding our systems, they’re holding a sophisticated gaming instrument, much more than a plastic toy. A lot of folks who aren’t gamers, when they think of gaming, they have a certain perception. And our products absolutely debunk those perceptions because they’re very sophisticated machines.”

On thinness, the 15-inch is 0.625 inches thick, and the 17-inch is 0.822 inches. That’s not easy to do, especially while adding thermal designs to get the heat out of the device with high-performing electronics. The “design language” is based on what Alienware calls its Legend 2.0 designs, which succeeds the Legend 1.0 from 2019. It has high contrast colors and a greater level of sophistication than before, said Josh Probst (a senior industrial designer at Alienware) in a press briefing.

“We see Alienware at the intersection of design and technology,” said Probst.

Getting out the heat 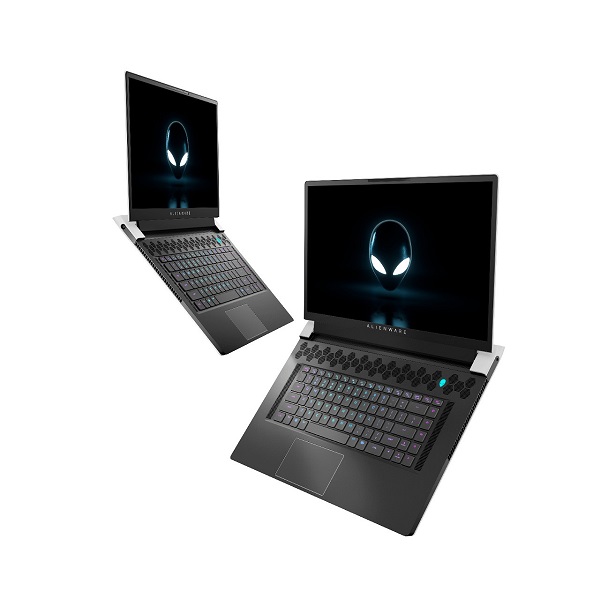 Above: Alienware X-Series laptops are for gamers.

Goyanes said the 15-inch (15.6 millimeters) laptop is the world’s most powerful sub-16-millimeter gaming laptop. It includes the latest version of the Alienware Cryo-Tech cooling technology which introduces Element 31, an exclusive thermal interface material (TIM) made from an Encapsulated Gallium-Silicone liquid metal compound. This material exists between the CPU and their thermal elements to disperse heat and mitigate spikes in core temperatures from affecting the system’s performance.

Thermal expert Travis North of Alienware said the Cryo-Tech technology has become brand in itself and this new Element 31 feature, or silicon encapsulated liquid metal, which was about two years in the making.

“We looked at thermal conductivity and we couldn’t get the energy out fast enough,” North said. “If you look at liquid metals by themselves, they’re very conductive but if it gets on a board it causes a short,” North said. We went back and said let’s get all the benefits of liquid metal. And then let’s shield it from all the downsides. That’s the encapsulation. The great thing about this material looks like a grease when you apply it. When you compress the heatsink. Tighten the screws down, it breaks the bonds of the silicon and creates thermal channels.”

The X-Series delivers up to a 25% improvement in thermal resistance advantage compared to previous models, and it’s only available on systems with Nvidia GeForce RTX 3070 or 3080 graphics cards. The machines also include a combination of four standard fans which move air through the system as well as, patented, dual opposite outlet (DOO) fans.

Along with HyperEfficient Voltage Regulation for extended performance during long hours of gameplay, the X-Series offers more heat dissipation and gaming performance. The new Alienware Quad Fan design blows air efficiently through the system, chassis, and internal hotspots. And the Smart Fan control technology utilizes AI to enable improved application performance as each fan independently spins up, slows down, or remains steady according to various sensors strategically placed around core system components.

Probst said the design uses vents on the top and base of X-Series notebooks around the quad fan design to help amplify airflow rate and boost thermal performance. 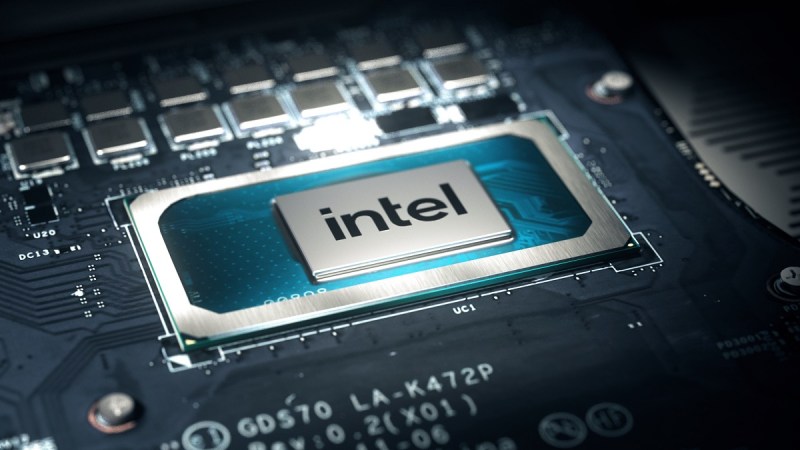 Above: Internal picture of X-Series laptops.

The x17 has the option of having a Cherry MX mechanical keyboard with a 3.5-millimeter low-profile design. Both laptops come with a range of displays from FHD 360Hz speed to 4K-UHD HDR400 at 120Hz (on the x17). All of the X-series configurations include a Windows Hello IR camera for quick facial biometric logins. Various panel options also include ComfortView Plus, hardware-based, low-blue-light technology to help reduce eye strain without sacrificing display quality.

“One of the really great wins for this generation is our keyboard,” Probst said.

AlienFX stadium lighting uses advanced LED technology with up to 100 microLEDS on the x17 (90 on the x15), designed as an independent and programmable lighting zone that for personalizing through the Alienware Command Center. To maximize portability, the laptops use an Alienware-branded 240-watt power adapter that helps reduce the size of the device. As an extension of Dell’s 2030 Moonshot Goals, the X-Series uses sustainable packaging made from 92% recycled or renewable materials.

While all configurations of the new Alienware x15 and x17 will be available in the U.S. on June 15, starting at $2,000 and $2,100 respectively, starting today Alienware is making available limited configurations and quantity through Dell.com and BestBuy.com and select Best Buy locations now.