Candy Crush Saga developer King has successfully trademarked the word “Candy.” Last February, the social-game studio filed a trademark claim with the U.S. Patent and Trademark Office for the word that appears in the title of its most popular mobile and Facebook release, which is one of the highest-grossing games on mobile devices. Almost a year later, the USPTO approved the trademark on Jan. 15, as first spotted by website Gamezebo.

While it might seem strange that a company can trademark a word, this will only give King rights over the word in regards to the products it makes. Like with Nest, Google’s thermostat and smoke-alarm company. It could prevent someone else from making home thermostats called “Nests,” but it has no power over the word outside of that. Nest couldn’t stop a separate company from selling decorative nests, for example. Also, while the USPTO approved the trademark, other companies have 30 days to file a complaint that this will hurt their business.

For King, if another developer releases a similar game and decides to call it something like Candy Star, Candy Blast, or All Candy Casino Slots, then King can ask them to change the name of their games or to remove them completely from the market.

Competing developers could attempt to fight the infringement claims, but King now has the trademark on its side to protect its social puzzle game that has players matching up three or more pieces of candy to eliminate them from a play field.

The Google Play market and iOS App Store are both filled with games that latch onto the success of other, more popular titles. A search for “candy” on Google’s Play app market turns up scores of games that use the term in their titles. Most of them are puzzle games similar to Candy Crush Saga. King now has legal grounds to go after many of these copycats.

One developer claims that King is already going after games with “Candy” in the title.

All Candy Casino Slots developer Benjamin Hsu says that King filed an App Store notice with Apple about his game that asked him to remove the slots title from the iOS store. He showed GamesBeat a copy of the complaint.

“We are the owners of ‘Candy’ in the E.U., U.S., and elsewhere,” reads King’s App Store notice. “The prominent use of our mark by [Benjamin Hsu] infringes our rights and is likely to lead to consumer confusion and damage to our brand. Please remove this app as soon as possible.”

When we reached out to King, the company said it doesn’t plan to go after companies that use “Candy” legitimately, but it believes Hsu’s game does infringe.

Hsu’s slots game might also be drawing attention because the full name of the app reads like a list of keywords. It is called All Candy Casino Slots – Jewels Craze Connect: Big Blast Mania Land.

“The particular app in this instance is called ‘Candy Casino Slots – Jewels Craze Connect: Big Blast Mania Land,’ but its icon in the App Store just says ‘Candy Slots’ — focusing heavily on our trademark,” a King spokesperson told GamesBeat. “As well as infringing our and other developer’s IP, use of keywords like this as an App name is also a clear breach of Apple’s terms of use.  We believe this App name was a a calculated attempt to use other companies’ IP to enhance its own games, through means such as search rankings.”

“I think it’s pretty ridiculous to take over the use of a common word like ‘Candy,'” Hsu told GamesBeat. “I find it hard to believe that the word ‘Candy’ would cause any confusion to their massively popular global game.”

While Candy Crush Saga is a social match-three puzzler, All Candy Casino Slots is a virtual slot machine. Other than the use of candy, the two games are fairly different. Of course, Hsu doesn’t have to comply with any request from King. The Candy Crush developer could then choose to take Hsu to court, where the studio would have to prove that the Hsu didn’t arrive at the name of its title independently, but that would also get expensive for Hsu.

“It’s useless to fight because us little developers don’t have the money or resources to fight back,” he said. “From the other app developers I’ve spoken with on Facebook and Twitter, they all feel the same way.”

Hsu figured he could reach out to King and get things cleared up without having to consult his attorney. Instead, King’s counsel confirmed that it wants domain over all digital candy. 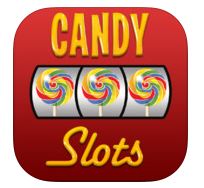 “Your use of ‘Candy Slots’ in your app icon uses our ‘Candy’ trademark exactly, for identical goods, which amounts to trademark infringement and is likely to lead to consumer confusion and damage to our brand. The addition of only the descriptive term ‘Slots’ does not lessen the likelihood of confusion.”

King is not saying that the icons are visually similar — they aren’t. The Candy Crush Saga logo does not have any text at all. Instead, King is arguing that the use of “Candy” in the All Candy Casino Slots app icon is enough to confuse some players.

If Hsu could afford it, he could try to fight it. The word “candy” is in the dictionary, and Hsu and other developers could try to prove that they came up with the idea for their games on their own.