I had a lot of trouble writing this review for Alphabear, a free-to-play word game out now for iOS and Android from Spry Fox, the developer of other adorable titles like Triple Town and Road Not Taken (which we liked a whole lot).

My difficulty didn’t come from not being able to pin down the game or any trouble playing it; it was really the opposite. I basically couldn’t stop playing Alphabear long enough to actually get my work done. And I’m pretty sure that once you pick it up, you’ll have much the same problem, but you’ll probably have to write a lot fewer update e-mails to your incredibly understanding, patient, and good-looking editor. 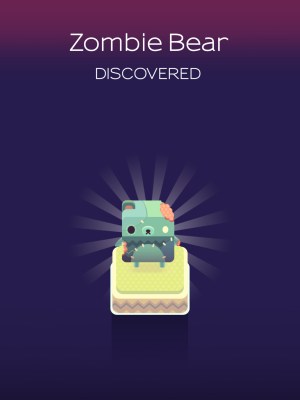 Above: Even the rotting one looks ready for snuggles.

One of our favorite things about Road Not Taken is its disarming and beautiful art style that actually works against the dark and depressing themes hiding in the gameplay.

Alphabear just skips the downer stuff and serves you up 67 ridiculously cute bears to collect. You have two incentives to replay levels: discovering new bears, and making the bears you’ve already found more powerful. Some of our ursine pals are standard-issue fare like a Panda Bear (not really a bear, but I forgive the developers because it’s so charming), but most of them are already delightful bears made more precious with costumes. You have obligatory nerd favorites Pirate Bear and Ninja Bear, and their friends include the Pilgrim-inspired Fore Bear, the overly furry and long-toothed Werebear, and an Easy Bear who is ready to go hang out in a pool with his umbrella drink and floaty duck.

You’re going to start smiling as soon as you start playing, and it only gets better from there.

Those bears have cool powers that keep you thinking and planning

Your furry friends aren’t just cute; they also give you bonuses for words.

Here’s how it works: You pick up to three bears and then get a board with some letters already showing. Each tile has a number in the corner that shows how long it’s been in play (you uncover more letters by using the adjacent ones), and that number determines the letter’s base value. Every time you make a word, the remaining letters on the board lose points, and if you don’t use them by the time their counters hits zero, they turn into rocks and become unusable. 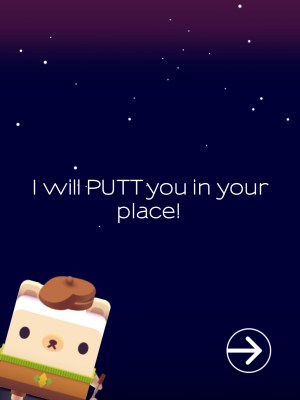 Above: If you defeat a Boss, you add it to your collection.

Alphabear is not always about making the longest word you can. The Fore Bear gives you bonuses for four-letter words, so you might end up getting more points for one of those than a longer word. Other bears give you extra points for individual letters, like the deer-clad Bucky Bear, who really likes the letters B, U, C, and K.

Bears take up the spaces you leave when you use letters and get bigger as you go, and they also give you end-of-level bonuses based on how large they get. So you start having to think about how to bring more powerful bears in to maximize your points and hit the goal and learn how to manage the ones available to you if other ones are asleep because you’ve just used them.

It keeps everything simple and flexible

Outside of the daily themes and limitations, Alphabear has two basic game modes: regular and timed. You can play these as desired until you unlock a boss level that will let you move on to a new area with new buddies to collect. It doesn’t bog you down with complicated rules, and you’re never stuck playing something you don’t like because if you don’t like the pressure of a time limit, you can just stick to the regular boards. You’ll get those bears just the same.

Occasionally, you can collect enough coins by unlocking bears to play a bonus level of sorts in which you’re guaranteed to find a rare or legendary animal. And that happens just often enough to break up the standard levels and reward you for your hard work and diligence.

The always-on Internet requirement is a drag

Alphabear puts new boards up daily with different themes. For example, the letters W,O,R, and K are unavailable on Sundays because this game is adorable. But in order to know which day it is, it needs to connect to the Internet (I assume), and that can be a problem if you want to take your bears with you. This won’t be an issue if you’re playing on your phone or network-enabled tablet, but on my Wi-Fi-only iPad, the game just wouldn’t work if I didn’t have a hotspot to use.

I was usually pretty sure that using a four-letter word would summon a Fore Bear if he was on my roster, since that’s his domain. But sometimes, one would switch to another for no reason I could understand, and that affected my level bonuses. It gets a little confusing to think you’re about to make one giant Devil Bear across the whole board for a huge score only to have it inexplicably switch to a less powerful Quacky Bear for reasons unknown. Alphabear doesn’t communicate which ones appear at which times, which makes it a little tough to plan sometimes.

Alphabear belongs on your phone or tablet. It’s a must-play word game with an adorable visual style and plenty of incentive to keep you coming back because the quest for bears is noble and just, especially when they’re this cute.

Alphabear is out now for iOS and Android. GamesBeat downloaded it from the Apple App Store for the purposes of this review.