Amazon won’t say if it will be making an Android-based gaming device beyond its Kindle tablets. But it is certainly pushing hard to create tools for game developers so that they can be successful on the company’s various app platforms.

At the recent 2014 International CES, the company rolled out a redesigned portal for app and game developers. Aaron Rubenson, director of the Amazon Appstore for Android and Kindle Fire, told GamesBeat in an interview that the company continues to invest heavily in tools that developers can use to publish their Android games and promote them on its platform.

We’ve been tracking the changes and it certainly seems like Amazon is dedicating a lot of resources to making game developers happy. Rumors persist the company will introduce its own game machine, but the details are vague, and Amazon isn’t commenting.

Amazon has more than 100,000 apps in its Android Appstore, or more than double the number a year ago. Amazon customers are consuming a lot of apps and they don’t mind paying for things, since they have their credit cards and other payment mechanisms on file to pay for other Amazon goods. Amazon’s store has expanded to Brazil and Australia with highly localized experiences.

“We have very strong games now,” Rubenson said. “We certainly are not done.”

With the new developer portal, Amazon made it easier to plan, build, and submit Android apps to its Amazon Appstore. Developers can test their Android apps within seconds to see if they are compatible with Amazon’s Appstore. Amazon’s tools help developers monetize and engage audiences across Android and iOS platforms. Amazon also has a wide variety of ways to help get content discovered. Submitting apps to the portal is also easier. And Amazon is making it easier for developers to have a cross-platform strategy with their Amazon apps.

On top of that, Amazon’s Appstore Developer Select program offers promotional and economic rewards to developers if they use Amazon’s development tools to their fullest. For instance, if the developer makes sure their app renders properly in high-definition, then they qualify for program rewards. Those rewards include a $500 credit per year for Amazon Web Services hosting fees.

“If they do things like that, we give them premium placements in our store, we guarantee them 500,000 or more impressions via Amazon’s mobile ad network or guarantee discovery for their apps,” Rubenson said.The developer portal remake comes on the heels of two major moves to court game makers. In November, Amazon announced that its Amazon Web Services business, which provides cloud computing resources for third-party content companies, would launch a new service that would enable it to host games and apps with heavy-duty 3D graphics capabilities. 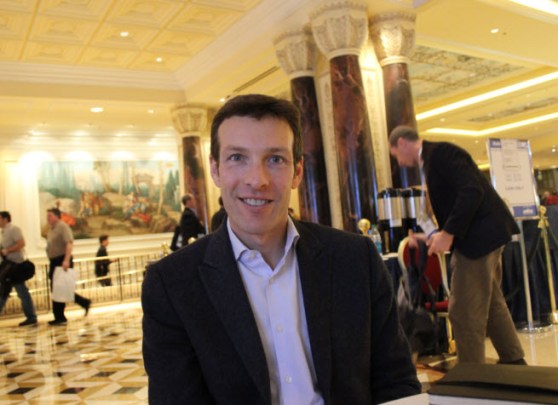 Above: Aaron Rubenson of Amazon

That means that AWS will be able to host instances, or virtual servers that can run applications, that will let developers stream intense 3D games to consumers on a variety of devices. That will provide cloud computing to enable those devices, like tablets or smartphones, to play high-end games even if the device isn’t powerful enough to run them. Cloud gaming providers like PlayCast Media plan to make use of the new instances to stream games to homes at a cost of about 7 cents per hour per home in the U.S.

“It is a new architectural option for developers that they can use for all of their app or some of their app,” Rubenson said.

For instance, CCP, the creator of Eve Online, will be able to use the AWS platform to stream just a part of their game such as the 3D character creation interface associated with heavy-duty graphics. The new AWS instance, called G2, will have graphics processors based on Nvidia chips to enable the low-latency for a device.

“So you can take an experience from a console to any device that has a high-bandwidth connection,” Rubenson said.

And in its second major move, Amazon also extended its GameCircle achievements and leaderboards to iOS. It is also bringing its cloud save and analytics technology, Whispersync for Games, to Apple’s game platform.

Amazon said that it did this because consumers have consistently asked for features that allow them to play on Amazon platforms such as the Kindle as well as on devices like the iPad and iPhone. To comply with those requests, Amazon had to do a lot of engineering for its cloud services.

Amazon introduced GameCircle to its Kindle devices in the fall of 2012. It added GameCircle support for Android devices this summer. And now it is adding GameCircle to iOS devices too. Developers who integrate GameCircle achievements can also get access to better analytics, dubbed Achievement Reports. These reports tell the developer how many achievements players are reaching, where they stop playing, and other data that can be used to either monetize or change the game. Developers can also do A/B testing, or testing that allows a developer to test player preferences more easily.

Lastly, Amazon has rolled out its Amazon Coins virtual currency, which allows players to make gifts to each other and purchase virtual items in Amazon games. It has expanded beyond the U.S. market to the United Kingdom and Germany. Parents can now give coins to children as rewards. Consumers can earn Coins when they download promoted apps. 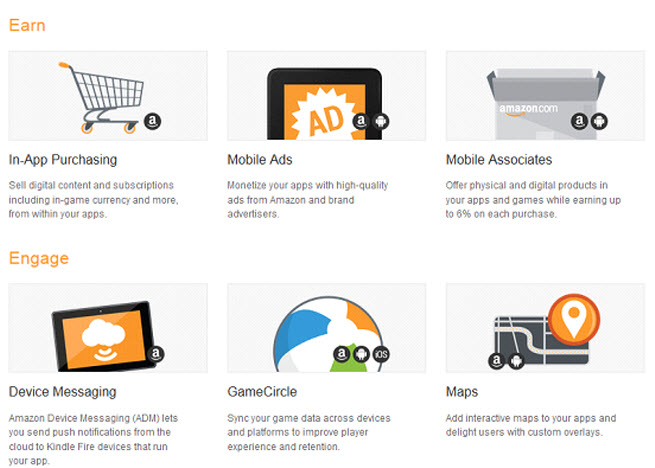