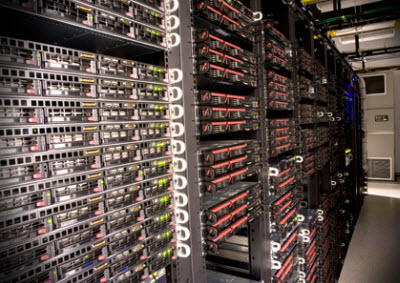 Amazon.com probably doesn’t get enough credit for powering the growth of web services and cloud computing. Besides running its own e-commerce site, Amazon’s web service business — which rents computer processing and storage to small companies — is the host for tons of smaller businesses that have chosen to outsource their web operations to the Amazon cloud.

And the latest analyst estimates suggest that Amazon Web Services has become a huge business, with revenues of $500 million in 2010, according to UBS Investment Research. And that success is due in no small part to the rapid rise of social games such as FarmVille on Facebook.

Jeff Barr, evangelist for web services at Amazon, told me in an interview at the Casual Connect show in Seattle this month that Amazon hosts six to eight of the top 10 games on Facebook at any given time. That includes top Zynga and EA Playfish games, meaning that hundreds of millions of players are playing games on Amazon’s servers, without even knowing it. Overall, Amazon has hundreds of thousands of customers in 190 countries for its web services. It also powers big operations such as Netflix, NASA, Autodesk, NASDAQ and the New York Times.

Amazon’s service means that any small developer can offload the task of hosting a web application to Amazon and concentrate just on creating the app itself. As an application grows in popularity, Amazon adds more server processing power and storage to handle the traffic. But the developer is assured that the app is secure, backed up, and kept private from other apps makers using the same Amazon computers. Amazon can help young companies grow to unheard of scale while still remaining relatively small in numbers of employees. That means these “lean startups” don’t have to raise as much venture capital and can even reach profitability without much funding.

On the flip side, it’s clear that there is room for improvement. In Zynga’s FarmVille game, there are occasional outages. Zynga’s FrontierVille shot to 20 million users in three weeks. Zynga’s use of the cloud enabled that to happen, but there were times when users couldn’t log into the game. It isn’t clear whose fault it is when that happens. Often, developers don’t properly anticipate the challenges of adding so many users at once. The developers, however, have considerable control over the quality of service and speed that the Amazon cloud delivers, Barr said. Despite such hiccups, companies such as Zynga have been able to stay with providers such as Amazon, even with more than 200 million monthly active users, rather than building their own data centers as Facebook and Google are doing.

The challenges are many. Developers are relying on the open source MySQL database to scale their businesses to tens of millions of users, yet the developers don’t want to hire an army of system administrators.  Those developers don’t want to worry about backing up gigabytes worth of data. Amazon has to pay considerable attention to security, both physical security for its data centers and online security as well, as hackers are always on the prowl.

Developers can start out with a single Amazon server and even put it online for just eight hours a day. As they expand, they can add more servers and add more powerful servers, automatically, without talking to Amazon. Once they reach a certain size, Amazon talks with them.

Advances in semiconductor technology deliver cheaper and faster computing devices every couple of years. That results in faster, lower-power, and cheaper server microprocessors, which in turns leads to more efficient servers.

That allows Amazon to offer cheaper and cheaper computing services to its partners. Amazon is also using a variety of virtualization technologies that allow it to add or subtract servers from any given application. In its last 18 months, Amazon Web Services has had around nine price cuts on servers, storage and bandwidth, Barr said. Amazon operatings in three major regions around the world to serve its Web Services customers, and the company has a lot of buying clout with server and other equipment vendors so that it can get volume discounts on hardware. 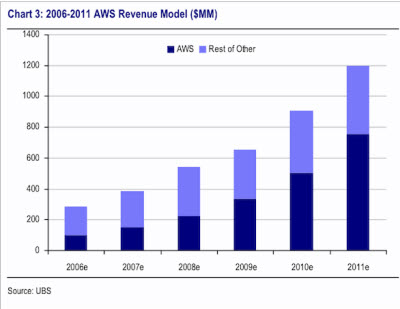