Game developers with a penchant for voice apps, good news: Amazon today unveiled Skill Flow Builder, a tool that enables creators to build story-based game skills more easily, including interactive fiction, branching narratives, and role-playing experiences. It’s now live for Alexa skill developers in all supported locales and languages (with the exception of Hindi), and a reference voice app — Choose Your Own Adventure — is available starting today in the U.S., U.K., and Australia. To launch it, say “Alexa, open Choose Your Own Adventure.” 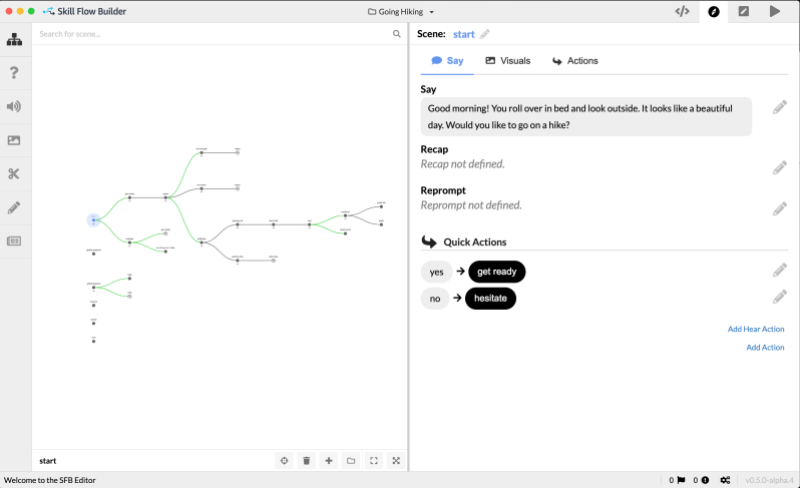 As Morrow explains, Skill Flow Builder includes both a desktop app for content creators and a Microsoft Visual Studio Code extension with syntax highlighting, definition jump, and intelli-sense for Skill Flow Builder’s bespoke file format (.abc). Within the editor, content teams can visualize and navigate through a built-in story-tree — narratives are structured as a series of connected scenes — and can write or update narratives and add visuals, sound effects, and game logic. When they’re finished, they’re able to export and share files with a larger development team or prep texts for professional narration or localization.

Projects created using the Skill Flow Builder editor or command-line interface generate both a project folder containing the content file and pre-scaffolded skill code. Developers can implement extensions, which process or modify the content before and after the import, and use them to facilitate skill requests before or after content execution by the Skill Flow Builder’s driver. Alternatively, they can add scene instructions intended to be used within the content format. 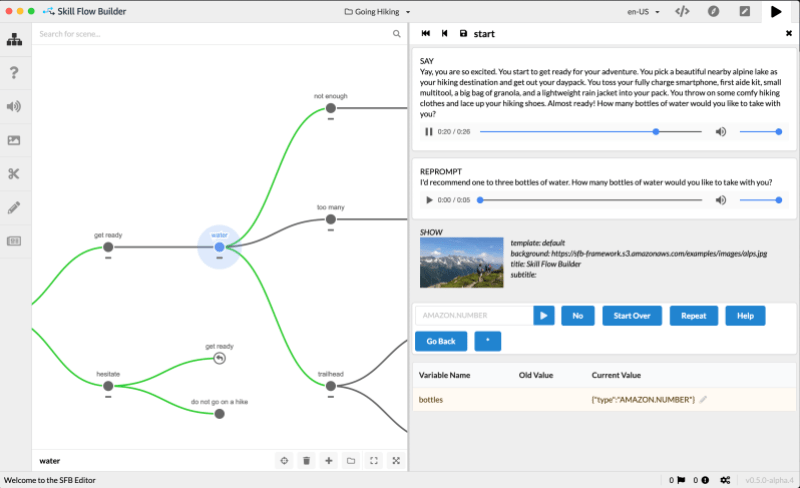 The debut of Skill Flow Builder follows shortly after the release of the latest version of Amazon’s Alexa Presentation Language (APL). In somewhat related news, Amazon recently brought in-skill purchasing to Alexa kid skills, and it made skill connections, a tool that enables developers to tap into features provided by other Alexa apps and services, generally available in the Alexa Skills Kit in all regions where Alexa is available.