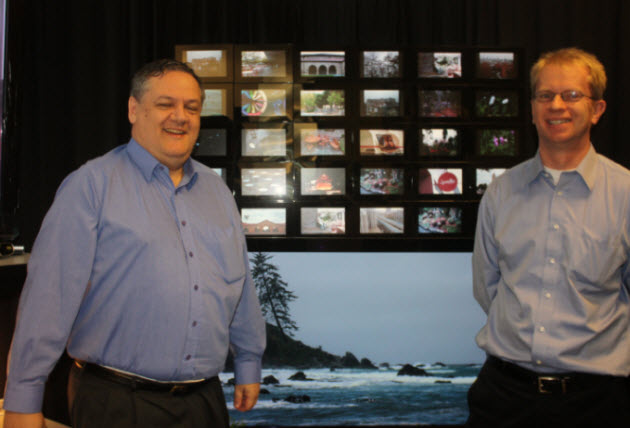 You probably haven’t heard of Ambarella. But the quality of your hybrid digital camera and video camcorder is far better than it used to be because of the company’s chips.

Today, the company is announcing a new generation of iOne camera chips that will become the brains of next year’s batch of cool cameras and video recorders. And thanks to the triple-core processors that Ambarella is cooking up for Android devices, those new gadgets will have the ability to wirelessly transfer videos and photos to photo-sharing sites on the internet. And by making imagery easier to share, Ambarella could make those photos and videos far more useful to people. 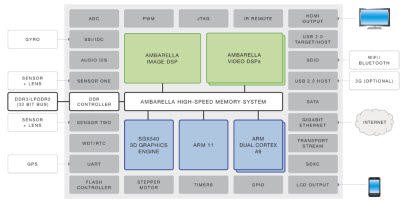 Ambarella has been making camera chips for five generations, using the expertise of co-founder Les Kohn and Didier LeGall, both of whom where instrumental chip architects at video processing pioneer C-Cube Microsystems. (LeGall, executive vice president, is pictured, left, next to marketing chief Chris Day, right).

LeGall said in an interview that the designs have advanced so far that a single chip can serve as the brains of a hybrid camera that can produce both outstanding still images and great video. It can also operate on low power and transfer data wirelessly. Usually there is some kind of trade-off between these various functions.

The iOne has three ARM processor cores, including a dual-core 1-gigahertz ARM Cortex A9 processor that has the horsepower to run Android applications. A third 533-megahertz ARM 11 processor handles real-time camera tasks and allows the camera to turn on in less than second. It also has a 3D graphics core from Imagination Technologies. 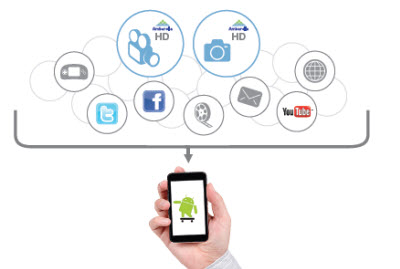 Samples of the chips are ready now, but cameras with the chips will likely appear in the second half of 2011. Ambarella has 350 employees. Current Ambarella chips are used in devices such as the Sony Bloggie video camera and a host of others.