Lisa Su, CEO of chip maker Advanced Micro Devices, said in an analyst conference call that enthusiasm for cryptocurrency and gaming will drive demand for the company’s Vega graphics chips in the third quarter.

Overall, Su said AMD expects to post 23 percent better revenues in Q3 compared to the second quarter, which generated $1.22 billion in revenues. Su said that demand will be driven by a variety of things, including AMD’s most competitive processors in a decade in its battle with rival Intel. AMD posted earnings that beat earnings expectations, and it predicted better times to come.

AMD launched its Epyc server chips in July, and it has been releasing new Ryzen processors since March. Those chips are based on the Zen cores, which are 52 percent faster per clock cycle than the previous generation. The gradual ramp of the Zen products will help AMD gain share in the market compared to Intel, and Su said the reception has been good. 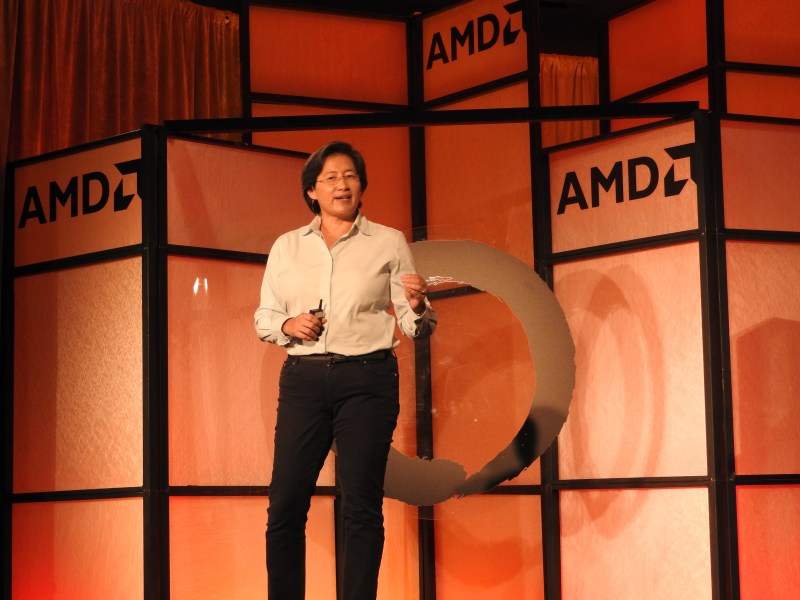 But Su also responded to questions about cryptocurrency during the call. She noted that the popularity of blockchain is prompting speculators to buy more graphics hardware so that they can mine currency faster. AMD recently launched its first Vega graphics processing units (GPUs), and it has more coming next week. Overall, demand for cryptocurrency mining has been clear.

“We have seen elevated demand for cryptocurrency,” she said. “Inventory for GPUs is lean, but our priority is the core gaming market.”

Su said the company is prioritizing supplies for game PC retailers. Semi-custom chips, including game console chips, will likely peak in the third quarter and come down in the fourth quarter, she said. AMD is shipping new processors for Microsoft’s Xbox One X game console debuting in October. Semi-custom chip sales were down 5 percent in the second quarter.

“Overall, I would view this as GPUs are strong. It’s a great market to be in,” she said.