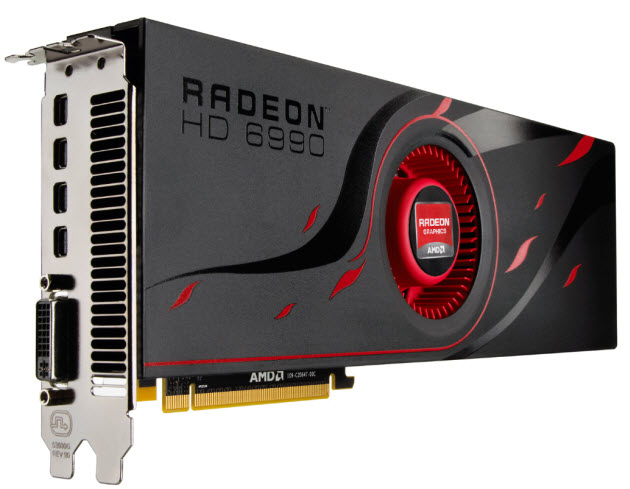 Advanced Micro Devices is announcing today that it has launched the world’s fastest dual-chip graphics card for screaming-fast gamer PCs.

The new card takes two of AMD’s fastest graphics chips and marries them inside a single graphics card, which can be added to a computer and power as many as five displays. The new card means that AMD is as serious as ever about fighting for market share at the high-end of the graphics chip market, even as it launches Fusion combo chips that meld a microprocessor and graphics in the same piece of silicon.

The high-end gaming market is a sliver of the overall PC industry, but it signals where the mainstream technology of graphics will eventually go, and gamers at the high end are extremely influential. So it pays for AMD to keep sparring with Nvidia, which currently holds the speed crown for the world’s fastest graphics chip.

AMD claims that the new dual-card graphics card can run 1.4 to 1.8 times faster than a card with an Nvidia GeForce GTX 580 graphics chip. With this card, AMD gamers will be able to run as many as five computer screens from a single card. AMD claims you can crank up the resolution to 7680 pixels by 1600 and still get outstanding speeds. For those who really want high speed, you can take two of these graphics cards and put them in a single PC.

Sunnyvale, Calif.-based AMD has had a very different strategy from Nvidia in the past few years. The company creates smaller, more power-efficient chips that hit the “sweet spot” of the market, rather than the largest and fastest graphics chips. But AMD can move quickly to put two smaller chips onto a single graphics card, resulting in a graphics card that is faster than one with a single Nvidia chip.

Nvidia typically has the fastest desktop graphics chip, while AMD can take the crown for the fastest graphics card with two chips in it. It isn’t immediately obvious which company has the better strategy. But gamers are well served by the constant tug-of-war competition between the two.

AMD is launching its AMD Radeon HD6990 graphics card, which has the code-name Antilles, as the newest member of its 6000 series of graphics chips. The card has two settings that make it easy to “overclock,” or run the chip beyond the recommended specification in the name of higher performance. Gamers can easily set the card to run at either speed, in contrast to past solutions that were much harder to overclock. The card runs on 450 watts of power — a very high number — but the design is laid out so that both graphics chips can dissipate the same amount of heat. Altogether, the performance exceeds 5.4 teraflops and each graphics chip has 2.64 billion transistors, or basic electronic building blocks. The chip is available for sale now.

AMD is also offering updates to its Gaming Evolved program, which supports open standards for gaming technologies, said Neal Robison, director of ISV relationship management at AMD. One of the standards proposed in the past year is Open Stereo 3D, which calls for a common way to display stereoscopic 3D images on computer screens. AMD will launch a certification program for that standard in the second quarter, Robison said.

Robison said AMD has now shipped more than 35 million graphics cards that are compatible with Microsoft’s DX11 graphics standard. There are 21 games and four game engines on the market that support DX11. The new graphics card has 4 gigabytes of GDDR5 memory and runs at 830 megahertz. It has 3,072 stream processors on board, which effectively means it has that many computing brains. the card can be overclocked to 880 megahertz.

Among the top new PC games coming to the market soon that support DX11 are Dragon Age II (pictured below), Total War Shogun 2, and Deus Ex Human Revolution. The Dragon Age II game can be played with as many as five computer screens, with the game image stretched across all of those screens. 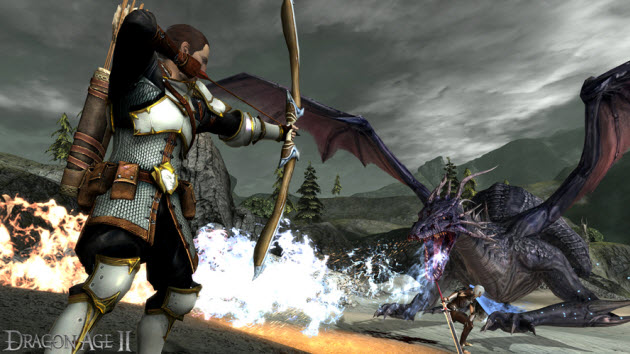