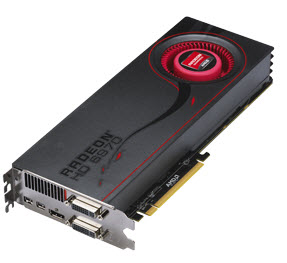 Advanced Micro Devices is introducing its fastest new graphics chips today for enthusiast gamers who want split-second 3D graphics performance on their gaming PCs. The move is part of AMD’s latest efforts to stay in the graphics race with Nvidia and Intel.

The Sunnyvale, Calif.-based chip maker is launching its AMD Radeon 6900 series of graphics cards with its second-generation of graphics for Microsoft’s DirectX 11 architecture. (DirectX 11 enables computers to run the coolest 3D graphics special effects). The series includes the new AMD Radeon HD 6970 and AMD Radeon HD 6950 graphics cards, which house the graphics chips in an add-in card in a computer. Prices for the cards start at $299. That means gamers can buy screaming-fast graphics chips at prices that aren’t going to completely bust their budgets.

The new chips show that AMD is still dedicated to launching stand-alone graphics chips under the Radeon brand name. Meanwhile, AMD is forging ahead with combo chips, which combine a microprocessor and a graphics chip on the same piece of silicon. Those chips will begin selling early next year under the AMD Fusion brand name and will compete with Intel’s combo chips, code-named Sandybridge.

While the combo chips will take some time to take off, the stand-alone chips like the ones AMD launched today will be critical for high-end gaming PCs, which are racing ahead of game consoles in terms of what they can display.

The new stand-alone AMD graphics cards will compete with Nvidia’s recently launched GeForce GTX 580 and 570 graphics chips, which sell for list prices of $519 and $349, respectively. The AMD chips feature Eyefinity, which allows a single graphics card to display images on as many as six different monitors at the same time. AMD says more than 60 games now take advantage of Eyefinity.

The new chips have more tessellation, a special effect that makes surfaces of objects appear more realistic. The new chips have about 2.9 times the performance of AMD’s earlier AMD Radeon HD 5870 graphics chip. Tessellation is the feature that most distinguishes Nvidia’s graphics cards. AMD’s new chips also have other image quality and power consumption improvements, resulting in a 10 percent improvement in performance.

These kinds of graphics chips are among the most complicated in the technology world today. The AMD Radeon HD 6970 has more than 2.64 billion electronic components known as transistors, which are the microscopic building blocks of chips. Nvidia’s GeForce GTX 580 chip has 3 billion transistors.