Advanced Micro Devices is launching its code-named Kaveri processors today, which represent one of the biggest technical advances that the company has made in some time. Kaveri chips are meant for games and other high-performance applications. 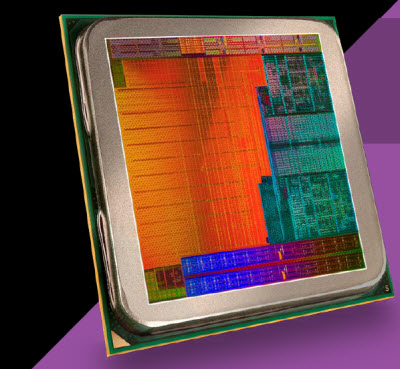 Above: Kaveri has 2.4 billion transistors.

The new chips show that AMD is moving in a very different direction from Intel, which at last week’s 2014 International CES put a lot of emphasis on “perceptual computing,” or using gestures and other new kinds of interfaces to control computers. Instead of interfaces, AMD is focusing on powerful graphics capabilities. AMD says Kaveri has 2.4 billion transistors (the basic building blocks of computer electronics), and 47 percent of them are aimed at better, high-end graphics.

Although the code name is Kaveri, the new chips will officially be called the A-Series Accelerated Processing Units (APUs). Like most AMD processors, they combine both graphics and central processing unit functions on the same chip. AMD’s chips will include up to four CPUs and eight graphics processing units (GPUs) on a single piece of silicon.

Nine out 10 PCs are now shipping with CPUs and GPUs on the same chip, according to Jon Peddie Research.

The Kaveri line is the first series of chips to use a new approach to computing dubbed the Heterogeneous System Architecture (HSA), which makes it easier to get around bottlenecks inside a PC and speed the whole system up.

AMD says the new chips will also use Mantle, an applications programming interface that makes it easier for developers to write high-performance games for AMD chips — it’s kind of like AMD’s own version of Microsoft’s DirectX technology. The chips will also have AMD TrueAudio technology, a 32-channel surround audio technology. The A-series chips will support screen resolutions up to 4K, or UltraHD, which puts four times as many pixels on a screen as 1080p high-definition TV. 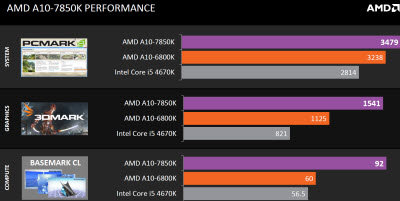 “AMD maintains our technology leadership with the 2014 AMD A-Series APUs, a revolutionary next generation APU that marks a new era of computing,” said Bernd Lienhard, corporate vice president and general manager of the client business unit at AMD. “With world-class graphics and compute technology on a single chip, the AMD A-Series APU is an effective and efficient solution for our customers and enable industry-leading computing experiences.”

HSA is pretty arcane technical material for consumers, but if it takes off, AMD says it will lead to faster and more power-efficient personal computers, tablets, smartphones and cloud servers. It goes hand-in-hand with hUMA, a new way for processors to access the memory inside an Accelerated Processing Unit, or a single chip that combines both a microprocessor and graphics.

All of these functions used to be part of separate chips. But now they can be packaged inside the same system-on-chip, or SoC, on the same piece of silicon. The three different kinds of processors access data in different ways, but AMD wants to change and simplify that. 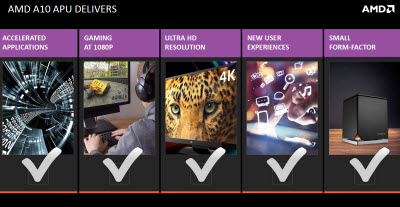 Above: AMD APUs target a lot of applications.

AMD also said that Mantle will make it easy for developers to access new features in graphics chips. It allows developers to write games “closer to the metal,” getting rid of some of the overhead associated with running a PC and letting them get more access to the hardware’s real firepower.

Patrick Moorhead, analyst at Moor Insights & Strategy, said, “Kaveri is the most interesting chip AMD has launched in years, and I really like what I have seen so far with third-party benchmarks on next generation workloads. It really is the culmination of the seven years since AMD acquired ATI.”

He added, “Kaveri’s market success will be directly proportional to the speed at which [it] can enable more and more software to become HSA-aware, where it can much more easily tap into the gigaflops of the GPU’s performance. AMD now needs either a Google or Microsoft to commit to optimizing their operating system for HSA to seal the deal, as it will make software that much easier to write.”

The new A-Series chips will range in price from $119 to $173, while the power consumption will range from 45 watts to 95 watts. CPU frequency ranges from 3.1 gigahertz to 4.0 gigahertz. The A-Series APUs are available today. 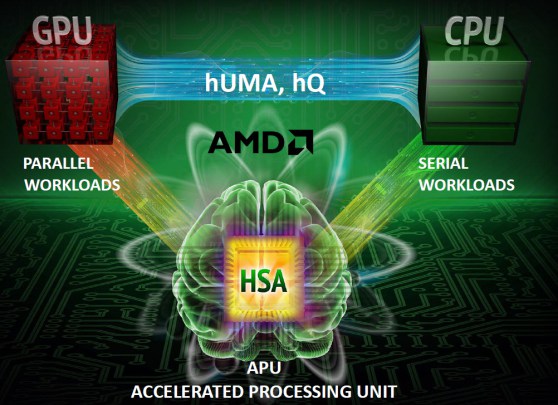