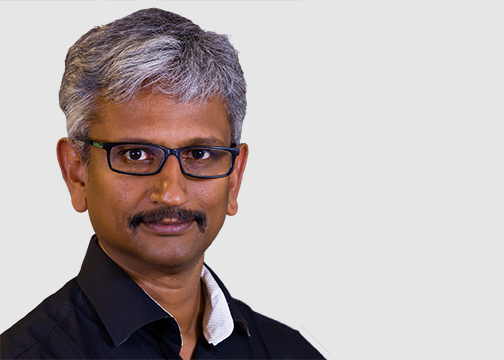 Raja Koduri heads the new division. He’s a graphics expert who has worked at the company for many years, with one interruption for a stint at Apple. AMD isn’t spinning it out as a separate company yet, but indications are that the company is preparing for that potential outcome. It’s a pretty drastic change for AMD, which acquired the graphics chip business in 2005 with the $5.4 billion purchase of ATI Technologies.

[Update: An AMD spokesman said that the company isn’t yet positioning the division as a group it will spin off as a separate company.]

AMD is having a hard time competing against rivals such as Intel in PC microprocessors and against standalone graphics chip maker Nvidia. With the new structure, AMD is hoping to position itself for a comeback. AMD’s stock valuation has sunk to near five-year lows at $1.45 billion, as the company struggles to make money.

Part of the problem is that the PC market growth is slowing down and Intel still has huge advantages over AMD in terms of manufacturing capacity and engineering staff. AMD is scrappy, but its fate is up in the air.

The new group will be freer to pursue its own strategy for standalone graphics chips. But a growing part of AMD’s processor business is the accelerated processing unit (APU), which combines graphics and a microprocessor on the same piece of silicon. Those chips will evidently still have to be designed as joint projects between AMD and Radeon Technology.

The Radeon brand, meanwhile, has always been associated with standalone graphics processing units (GPUs), which are for gaming and high-performance computing applications.

Matthew Skinner, who previously ran the graphics business within AMD, is leaving the Sunnyvale, Calif.-based chip maker after 17 years. An industry source said that Roy Taylor, corporate vice president at AMD, will join the Radeon Technology leadership group. Sean Burke is also part of the leadership team at Radeon Technology.