GamesBeat: You described Journey as very hard to make. I don’t know if you went as far as saying you ran out of money. Just how dire was the situation?

Chen: Near the end, around the launch of Journey, quite a few members of the team left TGC. It’s not because they chose to. We ran out of money. Most of us were paid at half salary for almost half a year. We finished Journey in January, but it wasn’t going to come out until March. There was this middle period where we didn’t know what was going to happen. Nobody knew what was happening next. Would we take a publishing deal? Would we get investment?

All this uncertainty forces people into action. We decided as a group that we would give everybody three weeks’ vacation, and then during the vacation, we decided that it was probably better to let the people who wanted to move on do so. We basically laid off all the employees. We gave them all severance, spreading all of our money around. We were ready to take down the company.

We entered this minimal state, basically just a bunch of guys waiting around. After we laid off most of the people, Robin told us that she had another opportunity. She didn’t know what was going to happen to her if she stayed at TGC, and her friends at Tiny Speck needed help. So she decided to move on.

Some of the employees who’d left eventually came back to TGC. They were like, “We don’t know what’s going to happen, but we still need a job.” We decided to continue TGC once we figured out all of these things. Some of them had already found jobs elsewhere, but they eventually came back. It was kind of dramatic. 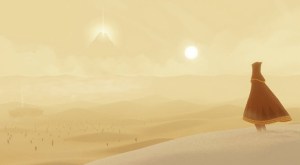 GamesBeat: It sounds like you had a good outcome, though. The game must have sold very well.

Chen: It helped to ease the pain at the end there. It’s funny. If Journey had shipped the same month that we finished it, we wouldn’t have had to go through such a painful transition. I don’t think it’s a bad thing, though, because in that transition, we hired a bunch of new people. They were great additions to the team. Nothing truly bad happens. There’s always good and bad in any changes.

GamesBeat: I don’t know how quickly the sales come back to you. Did it take a while? But you did raise money, too.

Chen: Right. I don’t know if you’ve heard anything about Sony’s payment schedule. It’s delayed by three months. I don’t get the sales data until the next quarter, either. So I know Journey’s sales picked up at Christmas, but I don’t know how much it sold. Maybe I’ll know by February? Honestly, I don’t know how much Journey has sold at this point. But I know we broke even on it.

GamesBeat: What came first: The sales revenue or the investment?

Chen: The first thing we needed to do was pay back the investment Sony put in. Then we could start bringing in the money from Journey. As far as I know, we broke even, but the last thing I saw was just breaking even. We don’t know how much Journey has actually generated in terms of revenue.

So if we didn’t have investment, we were in debt. We were in debt for quite a few months. It’s stressful when you run a company. At the time, I was kind of grumpy. We put in all this hard work, I poured my heart and soul into this, and our company is bankrupt. Why? We didn’t make a bad game. Our game was a top-selling game on the PSN. It was a time when I had to do some soul-searching. “Why am I doing this?” 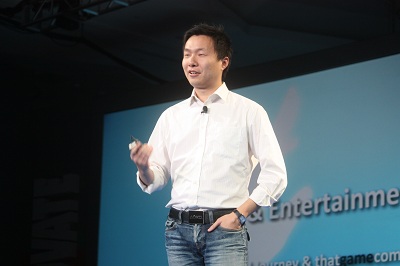 GamesBeat: I guess that’s what you guys meant when you said when you were going through a journey yourselves.

Chen: The whole development was very emotional. The climax was the launch of Journey. Everybody learned a lot from the game.

GamesBeat: Would you have been OK if you’d shipped a year earlier?

Chen: I’ve been thinking about that. It probably would have been an OK game. Some people would like it. Some people wouldn’t. People would have thought of it as more like an artsy game or a student game. But they wouldn’t have been touched in that overwhelming manner. Only when it really touched people did they start to look at it in a different light. So I might have regretted it.

GamesBeat: During that last year, did you change Journey from top to bottom? Did you change it dramatically? Or was it a matter of finishing what you had planned to do?

Chen: I’m a perfectionist. I know what the game needs to be. I have to struggle with forces from everywhere else, though. We don’t have the money or we don’t have the time that can allow us to do it. It’s mostly a struggle with the confidence of the team. It was difficult. Everybody loved the project so much that they were able to handle the stress.

GamesBeat: There should be some way that the game industry can finance something like this, don’t you think?

Chen: Yeah. A while back, I did a big talk about the White House meeting the game industry. Talking about violence and how maybe it’s time to suppress violence in games. There’s nothing wrong with violence. It’s in every other medium. What needs to happen is that there needs to be some help for better-quality games. In Canada or France they have grants for the arts.