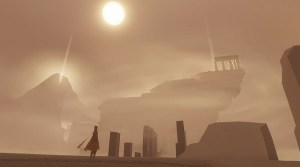 GamesBeat: Did you guys try to find money like that?

Chen: Sony was very gracious. We extended the schedule from two years to two and a half, and then from two and a half to two and nine months. Eventually, we were still late. They could tell that the game needed more polish. At that point, they said, “Can you guys finish it?” We thought we could. But paying for several months of salary for 13 people is still quite a lot of money. This was happening while we were looking for our next deal.

Our collaborators at Sony could see that the game was progressing pretty smoothly. There were no surprises there, nothing we couldn’t figure out. It was getting better every day. Most of the challenge was coming from the other end. What would be the future of the company? Who would we work with? How many people would stay in the company if we went with a particular publisher? How many wouldn’t stay if we went a different way? That was the most difficult time for us.

GamesBeat: Were you worried that Journey would never ship?

Chen: I didn’t worry about that much, because Sony had put in so much money already. They wanted to ship it. At the end I just felt that if there wasn’t enough put into it, that the game wasn’t going to be great.

Chen: I want to thank whoever nominated the game. It’s not like we’re a big company. I don’t really know anybody. If people nominated Journey, it’s because they loved the game. If they love what we put our lives into, I really feel grateful.

GamesBeat: I think I learned some things from your talk, like the notion of designing around emotions. Did you do that with every one of your games?

Chen: We did that with Flower. Our two early games, Cloud and flOw, I wasn’t aware that I was creating emotions. It was more of an accident that we stumbled onto some weird feelings. We were just trying to make something new. But starting with Flower and going on to Journey, it was very explicit. Flower was following this exact arc. At the time I hadn’t been exposed to the hero’s journey yet, but the arc is almost identical in terms of the intensity.