The organizers of Slush 2014 paid my way to Helsinki. Our coverage remains objective.

HELSINKI — Matias Myllyrinne is a good sport. When I suggested we do our interview in a sauna, the chief executive of Finland’s Remedy Entertainment didn’t mind. And he said, “Let’s do it” when I said the sauna would be 300 feet above the ground, with just the two of us, hanging from a giant crane. It was just one of those things you do at Slush 2014, the startup conference that drew 14,000 attendees to Helsinki a couple of weeks ago.

Only in Finland would you do an interview in a sauna hanging from a crane. But the Finns do things different, and their way of doing things has become very successful in recent years. Finland has become a hub for both gaming and mobile technology, and it’s worth a lot of attention. In the case of Remedy, the company is on the forefront of both mobile games and the combination of traditional TV media and games.

Myllyrinne runs a 19-year-old game studio that has become world-famous thanks to games like Max Payne, Alan Wake, and the mobile title Death Rally. The company has expanded to 132 employees as it works on the upcoming Quantum Break and mobile efforts such as Agents of Storm for iOS. The former is a game with a time-warp theme that will debut on the Xbox One in 2015. It will also be a television show with a seamless plot that crosses between the game and the television experience.

We talked about Remedy’s big projects, its rare achievement of surviving for 19 years as an independent studio, and the Finnish gaming culture in a one-on-one interview. Then, we went up in the sauna hanging from the crane to get a view of Helsinki. Here’s an edited transcript of our conversation. 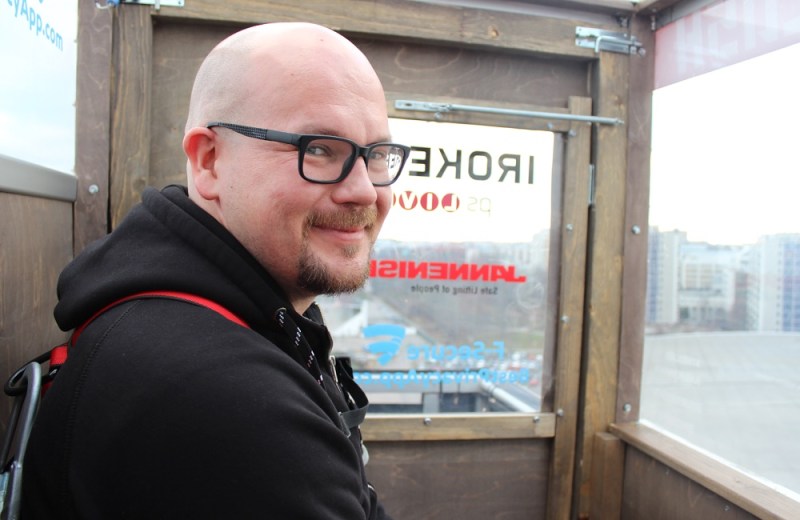 GamesBeat: How are things going at Remedy? Do you have any interesting updates?

Matias Myllyrinne: It’s a cool time for us and for the games industry as a whole. There’s a lot going on. It’s very active here in Helsinki, as you can see. I’ve said before — this is turning into a bit of a cliché — but it really is the golden age of gaming. There’s so much happening on the console side. That’s gathering momentum. This is going to be a tremendous holiday for Xbox and PlayStation. We have some really cool high-end graphics coming to mobile as well.

I don’t know if you played Vainglory, but it’s getting to be pretty gorgeous. We want to do our shtick with characters on mobile as well. There are interesting things that are possible today that weren’t possible before.

GamesBeat: You guys have some perspective on this. You’ve been at work for how many years now?

Myllyrinne: We’ve been around for a long time. The company was founded in 1995, so next year’s our 20-year anniversary. … It’s more about success than it is about survival. I’m proud of the way that we’ve shipped our games. I’m proud of the games we’ve made. The years, not really. That just comes naturally.

GamesBeat: There aren’t that many 20-year-old game studios, though.

Myllyrinne: True. It’s a quickly shifting industry. With every generation of consoles in the past, you’d see some people who couldn’t make the leap technology- or production-wise. They couldn’t mature enough to make the jump. On the other hand, if you look at the amount of studios that have been acquired and assimilated, that’s another thing. There’s natural attrition, and then there’s the exits happening. A lot of the studios we’ve grown up with and learned from have either gone away or been assimilated into a larger entity. That’s just natural. It happens in any ecosystem. It’s a healthy sign. 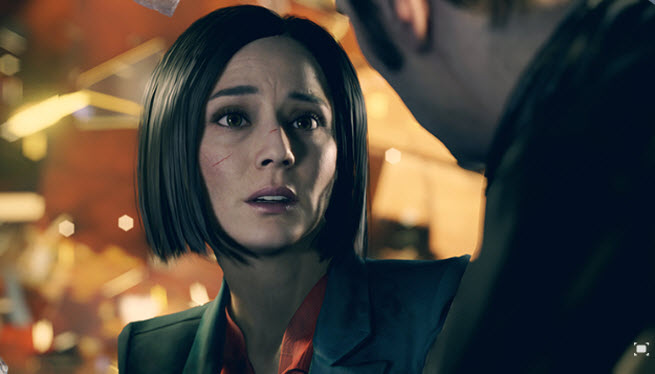 GamesBeat: How much multitasking are you doing now between mobile and console?

Myllyrinne: A lot. It’s never been this busy. We’re trying out our new TV stuff with Quantum Break. Quantum Break in itself is a massive production for us. It’s the largest entertainment thing ever done out of Finland. I’d guess, work-wise, it’s at least three times as large as Alan Wake was. It’s a huge undertaking.

The mobile side of our operations, these are guys who love the kinds of games we create, but they want to see them applied into the mobile space. It’s a different clock speed. It’s really interesting to see that move forward. One of the things we’re doing is taking bits and pieces of console technology — this is [the Northlight game engine], our character pipeline, stuff like that. The tech is running on top of Unity. We’re able to run pretty decent-looking characters on an iPhone in real time. It’s much better than what we had on 360 with Alan Wake just a few years ago. It opens up interesting opportunities.

GamesBeat: So this technology is on Unity, but you still have to do a lot of your own tweaking?

Myllyrinne: Yeah. It’s mainly how we create the assets and animation and characters and scans and stuff like that. It doesn’t make sense for us to build everything from scratch onto mobile. It’s such a quickly moving market. You want to get content done and focus on gameplay and story in whatever you’re building, as opposed to building the tech from scratch. Northlight works for us on the console, but even there, we’re using a lot of middleware components. You don’t need to build everything from scratch. If I had the choice, I’d rather buy things like that. How you combine it all is more important.

With some of the [visual effects] and the rendering stuff, though, we have Northlight. What we’ll be able to show in terms of real-time global illumination and stuff like that, that’ll be groundbreaking in its own right. I’m really happy about the rendering team. Previously the character team has proven itself. The [visual effect] and rendering guys are doing the same. That’ll be really cool. 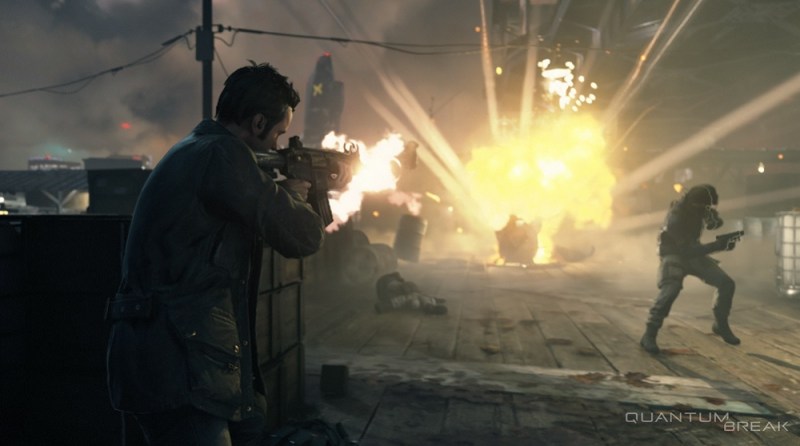 Above: Action from Quantum Break.

GamesBeat: Is there a crossover happening with graphics quality on mobile at some point in the near future?

Myllyrinne: This is running on an iPhone 6+. Never mind the bend thing. I like a big screen. But anyway, it’s a very powerful device. With mobile reaching that level of computing power, you can do a lot. There are outliers who break the norm. Certainly, there are strategy games I’ve played for a long time, but mostly, people play on mobile for short play sessions. They consume it a little differently. Maybe their audio isn’t on. You need to be prepared to cater to that. That makes the experience a little different if you want to optimize.

We’ll see more console-quality graphics come in, but [they need] to be made for the platform in terms of gameplay and storytelling and concept. With Agents of Storm already, we put 3D into a builder. A lot of that was also about building our team, building the capabilities in terms of running a service. We did update after update. You see the stats. You’re building the competencies on the server side as much as anything. That, for us, was a first in many ways.