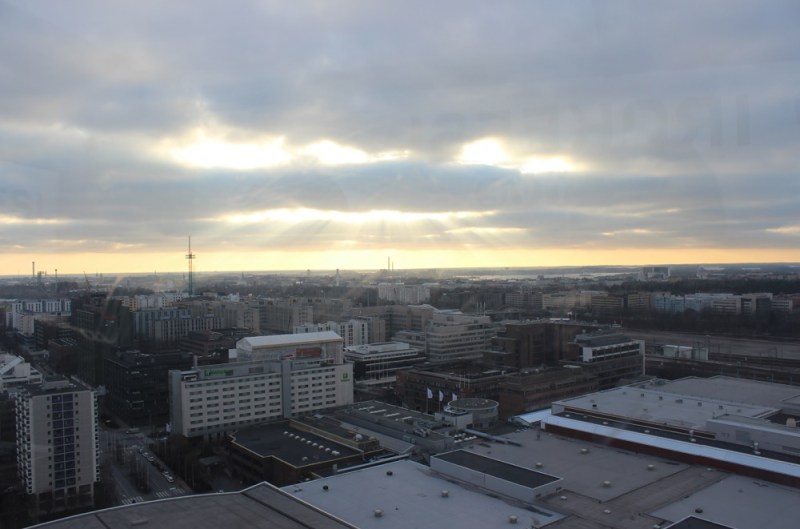 Above: The view of Helsinki from above Slush 2014.

Myllyrinne: We’re still a small studio. I checked on Monday. We’re 132 people. We’ll grow a little bit, but I don’t want to see it. In terms of headcount, it’s not as if we’re looking for a massive boost. We’re still looking for talent. We have probably about 10 or 15 positions open right now.

GamesBeat: Are you importing people for that?

Myllyrinne: A lot. Forty or 50 percent of our people come from overseas. We have staff from all over. We have a couple of great Japanese additions on our team. Probably half a dozen folks from North America.

GamesBeat: It’s interesting. The university produces a lot of good people for you guys, but almost every Finnish company I’ve talked to says the same thing. They have to bring in a lot of people from overseas.

Myllyrinne: The growth has been phenomenal in the games industry over here. That’s one thing. Also, we don’t have a background in some of the things we’re doing now — if you look at TV or film. There’s no large background in animation. Obviously a game like Quantum Break is very animation heavy. There’s no real film industry in Finland with a lot of animators lying about, the way you [have] in the states.

There’s a lot of crossover with techniques that were previously used only in film now being run in real time in consoles. We have some people with film backgrounds who’ve joined the studio. One of our guys, [Greg Louden], he was part of the team that got the Oscar for the [visual effects] in Gravity. We’re seeing people like that gravitate toward the games industry. We’re not so far away from seeing more of that stuff moving over to mobile as well. 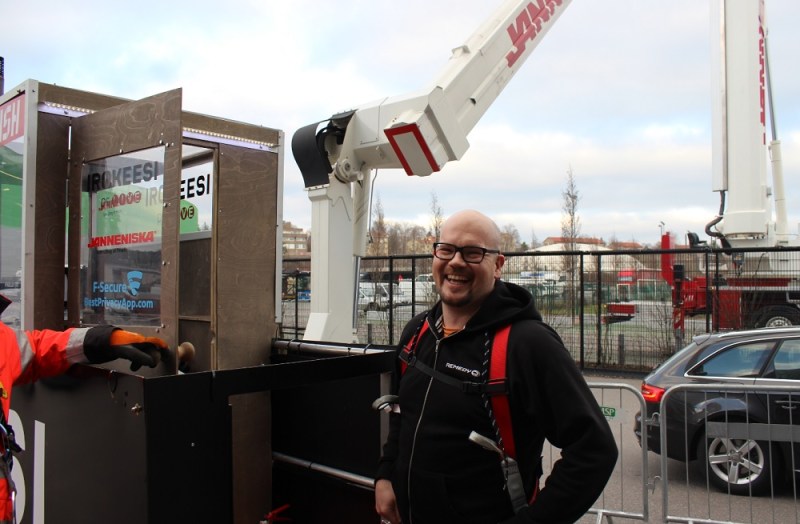 GamesBeat: I don’t know if Ilkka Paananen (the chief executive of Supercell) is unique, or if his perspective is similar to that of a lot of folks around here. He talks a lot more about collaboration instead of capitalism. I don’t know if “socialism” is the right word, but….

Myllyrinne: The value system that we’re brought up with here, the things that we aspire to — in the Nordics in general, but particularly in Helsinki — we value cooperation above competition. We’re happy for each other’s success. Honestly, I think the wholesome values of trying to build something sustainable with integrity are something we deeply share across all these studios.

Even if you look at the younger startups in the industry, the seasoned veterans there take their values with them. We share a lot of common background. There’s a lot of cross-pollination. We’re culturally compatible in that way. People are working on different products with different business models but with high integrity. I have a lot of respect for all those guys. It helps everybody in the long term.

GamesBeat: Any other observations about the state of Finnish gaming here? Any surprises this year?

Myllyrinne: We’re seeing the second round of seasoned guys who have either done an exit or held senior positions in studios going on and doing their own startups. That’s really interesting. They have a pretty good shot on goal. Some of those guys are taking what they’ve learned, maybe a decade of experience, and deploying it now. We’ll see loads of cool stuff popping up. We also have the younger studios entering the market.

For us, we continue to be focused on our thing. If we can support the younger studios, we’re more than happy to do that as well.

Above: Artwork from Alan Wake.