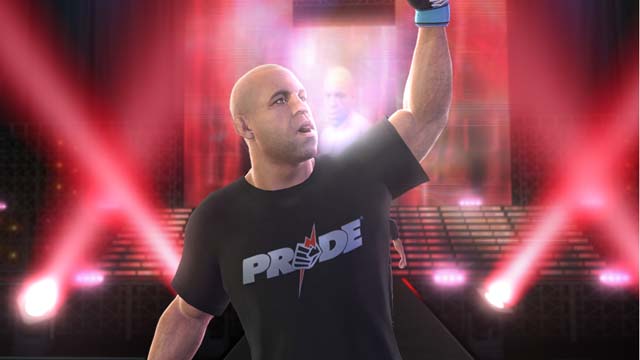 Many eyes in the gaming industry will be on THQ on Thursday, Feb. 2 when it releases its financial results for the third quarter of fiscal 2012. The video game publisher’s future has been questioned recently after multiple layoffs, rumors of game cancellations, and poor stock performance.

THQ is one of the largest U.S. game publishers, and its financial struggles after more than two decades of making video games is a sign of big changes happening in the core video game industry.

THQ said in December it expects net sales for the third quarter will be 25 percent below its previously announced guidance of $510 million to $550 million due to weaker-than-expected sales of the uDraw GameTablet peripheral for Xbox 360 and PlayStation 3. uDraw’s failure to catch on with consumers led to layoffs of at least 30 people at the publisher’s family division, Play THQ. The publisher also confirmed to Game Informer last week it let go an unspecified number of employees after announcing it was dropping licensed properties from kids’ entertainment companies like Disney/Pixar and Nickelodeon to focus on “core” franchises like Saints Row and UFC.

THQ’s stock fell more than 5 percent on Wednesday to 70 cents after it announced it was shifting focus away from kids’ content. The publisher’s stock has fallen more than 87 percent in the last year, from $5.86 to 72 cents. Investors clearly have no confidence that there will be a turnaround, but Electronic Entertainment Design and Research (EEDAR) analyst Jesse Divnich thinks the realignment is a step in the right direction. 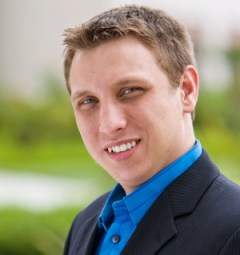 “As THQ has a strong foundation of excellent developers, I believe this shift in focus was necessary for THQ and will ultimately be proven to be the right decision for the company,” he said. “THQ has demonstrated this holiday season that they have the resources, talent, and capabilities of delivering a 3 million-plus tiitle (Saints Row: The Third) — something only AAA publishers can accomplish per our models.”

Divnich (pictured) says as long as the publisher can continue to innovate and expand the reach of its core brands, he doesn’t see any issue with its long-term viability as a AAA publisher.

Robert W. Baird analyst Colin Sebastian also believes THQ’s recent strategy makes sense. “We have seen casual game consumption transition very quickly over to smart devices (phones and tablets), and it is really difficult now to convince a 10-year-old or a parent to spend $40 or $50 on a kids’ game when a cool app costs just 99 cents,” he said. “From that point of view, the strategy makes sense. Focus on a small number of core games that can be profitable, and pursue some option value from newer digital platforms.”

Ultimately, Sebastian thinks the publisher needs to focus on its strengths in order to survive through the current console cycle. If its strategy of focusing on AAA content works, he sees it potentially becoming an attractive acquisition candidate.

But THQ doesn’t have all the time in the world to turn things around. In the most recent second-fiscal quarter ended Sept. 30, THQ had non-GAAP revenues of $119.6 million and a net loss of $40.6 million. The company had cash and cash equivalents of $51.0 million on Sept. 30. Unless THQ can turn around the current rate of losses, it will be out of cash in a couple of quarters. The company might be able to borrow more money, but it already has long-term debt of $83.7 million and current liabilities of $275.3 million.

THQ is expected to turn a profit in the third fiscal quarter ended Dec. 31, with non-GAAP net income of about 65 cents a share, according to analyst estimates. That could bring another $45 million in profits into the company’s coffers, giving it more leash for perhaps a quarter or so. Clearly, THQ would have to either start generating a lot more revenues from new games or cut back on its costs.

Wedbush Securities analyst Michael Pachter recently told VentureBeat that THQ will likely run out of cash by June, or even earlier, unless it takes steps to prevent it by possibly reducing overhead, canceling projects, selling assets, or raising capital. He also expects nothing surprising will come from the publisher’s earnings call on Feb. 2. “They already preannounced, and they will say that they are taking steps to cut costs and preserve cash,” he said.

Dean Takahashi contributed to this story.