Niantic Labs has us all abuzz with its Pokémon Go phenomenon. This mobile gaming augmented reality experience has crossed all age and gender lines and is reaching into the mass market, according to the latest data from analytics firms Taykey and Qualtrics.

Since its U.S. launch on July 6, the app has been downloaded many millions of times, surpassing Tinder in downloads and Twitter in daily active users. (John Hanke, CEO of Niantic, will speak at our GamesBeat 2016 conference about the game).

Everyone is racing to understand it. Taykey said that online conversation data made it clear that momentum had begun to build for the game in June when Nintendo confirmed the app’s July release during its livestream at the influential Electronic Entertainment Expo (E3) trade show. 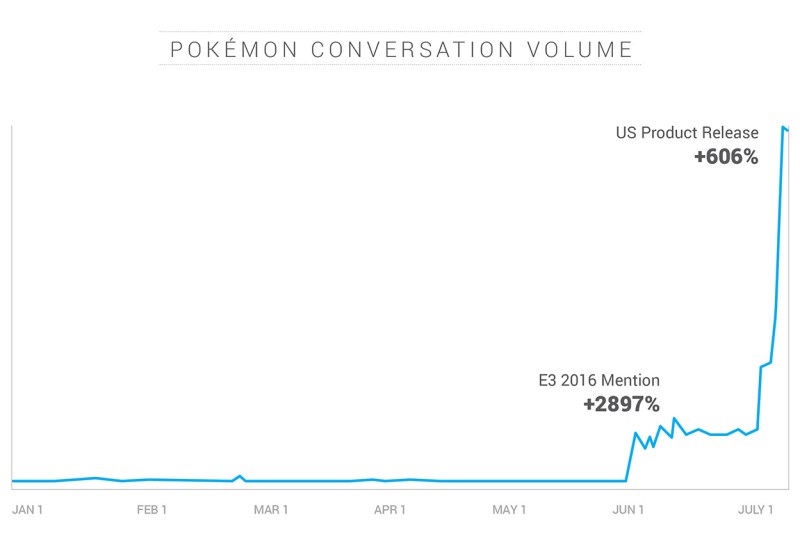 Above: Pokémon Go saw an explosion in online conversations.

Taykey said that an even more powerful indicator of the breakthrough nature of Pokémon Go is the success of the app in appealing to new audiences. Between June and July, Taykey saw a “massive shift in the demographic profile of people talking about the Pokémon franchise.”

Prior to the launch of the app, people talking about the brand online were consistently male (80 percent) and teenagers (40 percent). Since the explosion this month, the online audience has changed dramatically. Fans are now split evenly with regard to gender, and 25-34 year-olds have emerged as the predominant age group.

Taykey said that the buzz will keep growing because of a regular stream of trending headlines around the latest player antics in their pursuit to catch them all. Meanwhile, Qualtrics, an enterprise customer experience firm, ran a survey of 750 Pokémon Go players in the U.S. It found that on average, these players are spending almost two more hours per day outside than they previously did. Sixteen percent of them play for more than four hours a day. Over 10 percent say they have trespassed to catch a Pokémon. Four percent said they have been pulled over by police while playing. 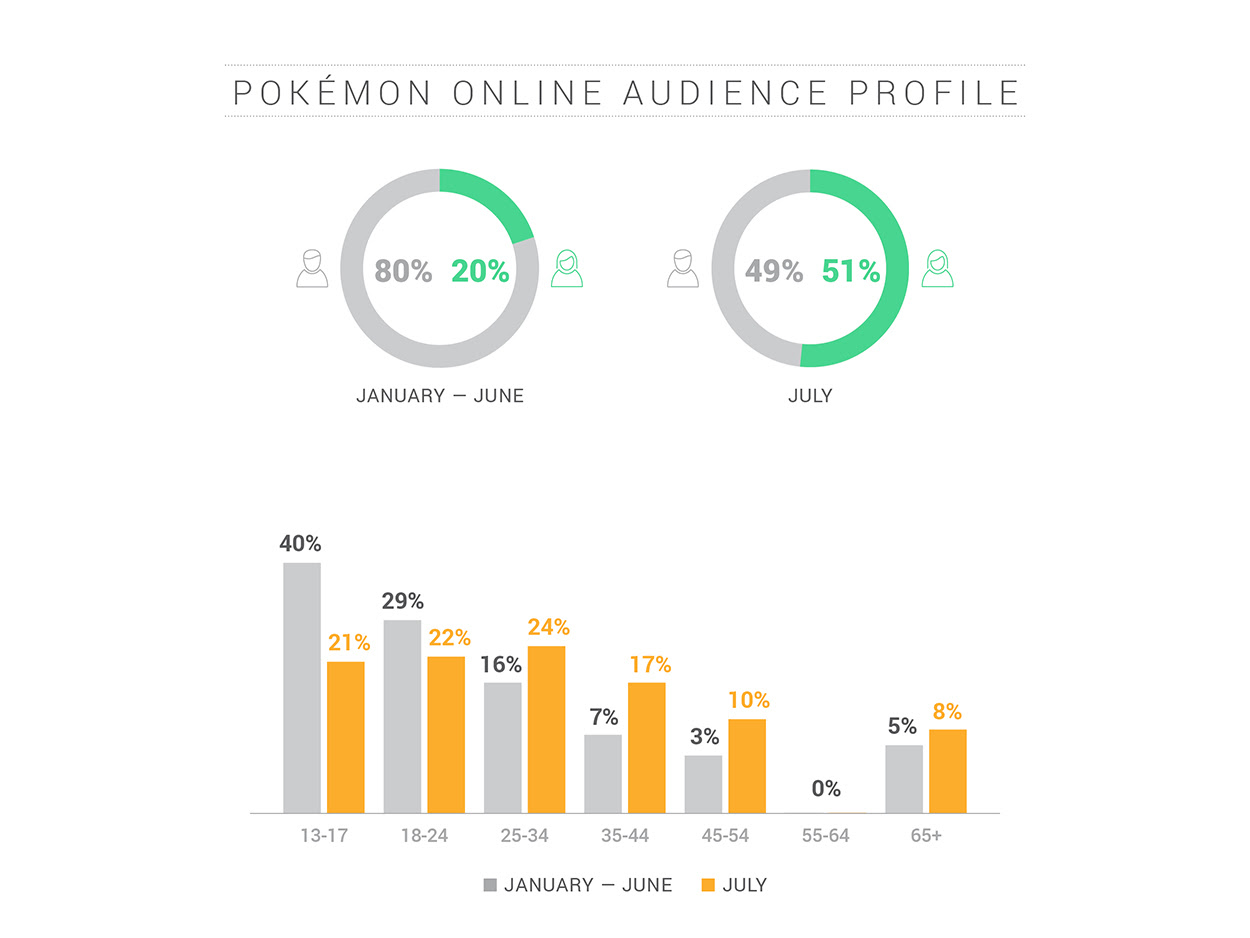