Square Panda is trying to walk the lines between fun and learning — and between the digital and the physical. The Sunnyvale, Calif.-based company has launched a $119 product that combines proprietary learning hardware with games that run on an iPad.

The company has received funding from tennis legend Andre Agassi, who attended CES 2017, the big tech trade show in Las Vegas earlier this month, with company CEO Andy Butler. I interviewed Butler at CES, and he has some big ambitions for Square Panda. He wants to help reform early education itself.

Asked what is missing from schools, Butler said, “Education over the next five to 10 years is going to be revolutionized. This chronological conveyor belt, factory model of education we have, where everyone gets on at the same point in time and advances through every subject at the same rate, regardless of whether they are left brain or right brain, that’s going to be eliminated.”

The Square Panda iPad accessory product is shipping, and you can order now on the company’s website. Targeted at kids ages two and up, it teaches children phonics and basic learning skills with a multi-sensory system that features sounds, visual aids, and physical toy-like letters. Kids can explore the alphabet, learn letter sounds, discover rhymes, and build vocabulary — using tactile letter blocks. 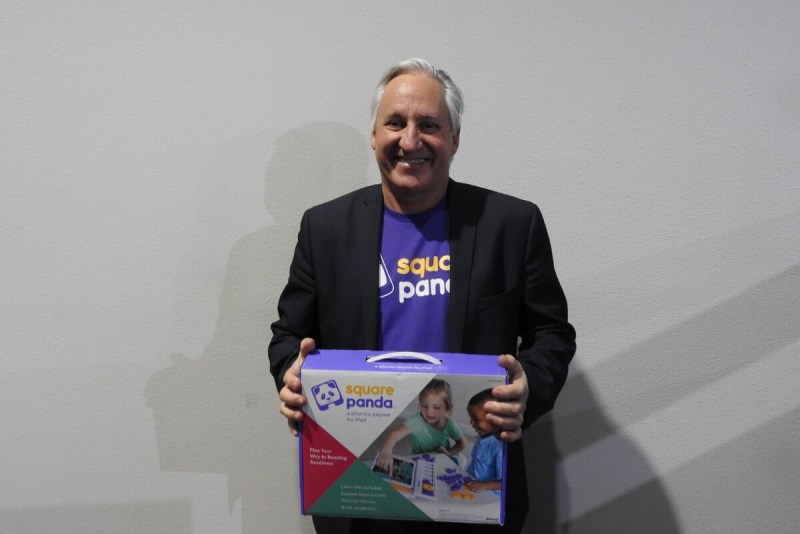 Unlike other companies that simply want to entertain kids, Square Panda takes the education very seriously.

“I see other companies focus on toys or play and not being curriculum centric,” said Butler. “My daughter is dyslexic. This is a personal mission of mine to impact the whole area of reading literacy among young children, whether they are dyslexic or not.”

About 66 percent of kids aren’t reading fluently by the fourth grade, and those kids rarely catch up to those who are fluent. The economy can’t afford to leave those kids behind, Butler said. 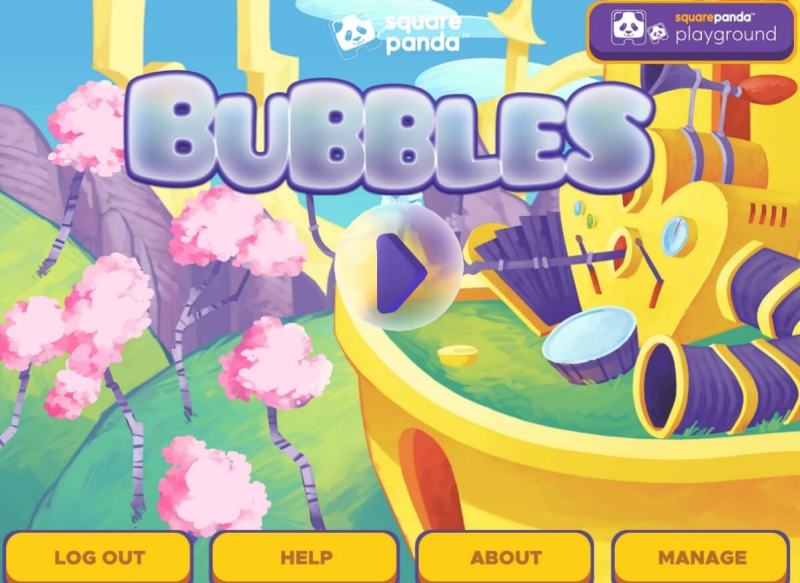 Above: One of Square Panda’s learning games on the iPad.

Founded by Tom Boeckle, who struggled with dyslexia as a child, Square Panda created a play-based environment with deep curriculum behind it. The company is made up of game developers and education researchers. It is focused on kids ages two to seven. The team worked with researchers at Stanford University to develop the curriculum.

Square Panda’s kit includes 45 letters that can be placed in a smart reader connected to the iPad. On the iPad, kids can enjoy 10 different learning games that are available to download.

Children playing don’t really realize that they’re acquiring phonic skills, the ability to decode letters into sounds and form those sounds into words, which they can use in sentences, Butler said.

“We start as early as two, as soon as a child developers motor skills, since the company has a platform that is multi-sensory,” Butler said. “What we do is about 10 percent hardware and 90 percent software.” 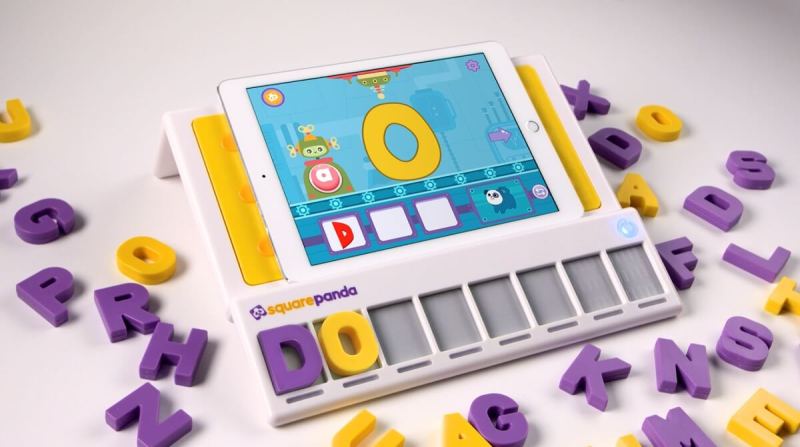 Above: Square Panda comes with an iPad accessory for reading physical letters.

Parents can connect to a portal that keeps a log of how the child is progressing. The parents can personalize the learning experience and make it more enjoyable, adding their own personal words, like the name of a pet, into the database.

Square Panda has 20 people in California and just opened an office in Beijing.

Agassi grew up in Las Vegas and has two children. In 1994, he started the Agassi Foundation for Education, which has a K-12 charter school in Las Vegas. Square Panda is his first ed-tech investment, and he is on the company’s board.

“We have cloud storage and feedback systems that can tell teachers on a daily basis, so they can intervene with the children who need it the most and see which children are more self-directed,” Butler said. “This whole revolution in education is happening now, and we intend to play a role in that because we are adaptive. We watch every move the child makes and adapt the curriculum on the fly. It’s a really exciting time in education.”