Venture capital firm Andreessen Horowitz has invested $20 million in U.K. startup Improbable so that it can make vast, simulated game worlds that live up to the dreams of every gamer.

London-based Improbable is creating an operating environment that makes fully simulated, real-time worlds possible. And if Improbable can deliver, more than just game companies will be interested in building gigantic simulations with its technology.

“We have created a world where there are no server boundaries,” said Herman Narula, the chief executive of Improbable, in an interview with GamesBeat. “Every character in the world can be persistent. That work simply scales in a way where the developer doesn’t have to think about any of the tech.”

Narula and his team of computer scientists at Cambridge University, including cofounder Rob Whitehead, loved playing games. But they didn’t know why they couldn’t do so many things that seemed like they should be obvious in online game worlds.

“Why aren’t there huge, high-fidelity battles with lots of people in the same place?” Narula said. “Why are there invisible server boundaries and walls? Why do non-player characters never do anything when you’re not around? Why isn’t the car where I parked it in my last session? In effect, why isn’t the world alive? And why are we constantly promised that it will be?” 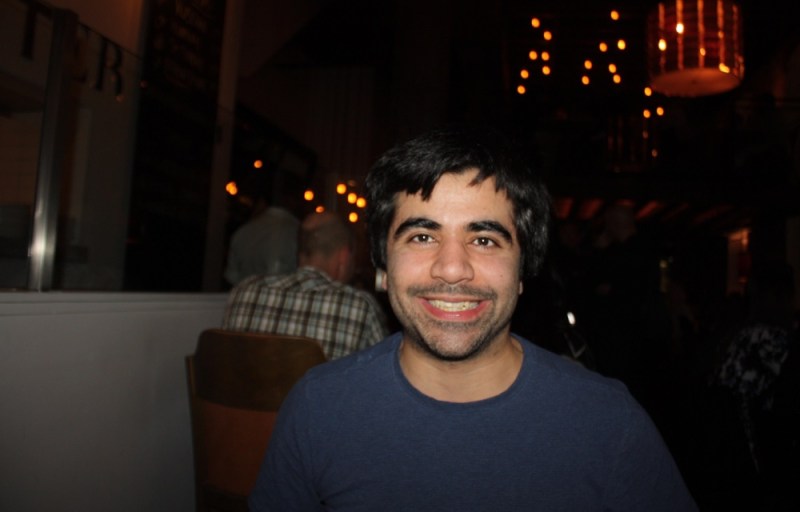 Above: Herman Narula of Improbable

With Improbable, the tantalizing possibility is that you will be able to do this. And that’s why Andreessen Horowitz, the venture capital firm started by Netscape pioneers Marc Andreessen and Ben Horowitz, has invested in the company. It’s one of the VC firm’s biggest bets in gaming since it put $75 million into virtual reality firm Oculus VR, which was acquired by Facebook for $2 billion last year.

Narula said he has heard a lot of promises before from purveyors of cool technology such as cloud gaming.

If the tech works, scientists and government planners will want to use it to simulate the life of modern cities with millions of people. Insurance companies or banks will want to model disaster scenarios and real-world situations. People want to model social networks and predict trends.

“What all these people want to do is build a massive simulation where lots of different computing can be done over that simulation while coping with enormous numbers of users and making it all fault tolerant,” Narula said.

Some of these technologies exist in the business server and scientific computing worlds, and Improbable is applying them to games. Some of it will also go the other way around. The big push is to move away from prescripted behavior. Instead, Improbable allows developers to set the rules of the world, and then the actions and consequences unfold based on player choices and their interaction with the objects in that world. The game would become a real simulation, not an illusion of one.

“It’s behavior and systems that sometimes unpredictably drive the fun of the game,” Narula said. “Things like economic systems, things like ecologies, things like characters and monsters with their own objectives.”

And the worlds would support a huge amount of interaction taking place at the same time, he said. You could log into the world from any device, from a console to a tablet.

“In short, we want to enable people to build worlds,” he said. “The truth is it wouldn’t have been possible two years ago. We are standing on the shoulders of Google, financial systems, and others that have pushed distributed computing.”

The advances seem plausible. Facebook has created a giant social network with 1.4 billion people. Film makers are using computing to build incredible special effects in movies where you can’t tell what’s fake or what’s real. Why can’t someone create a simulated game with some of the same computing advances that have benefited so many other industries? 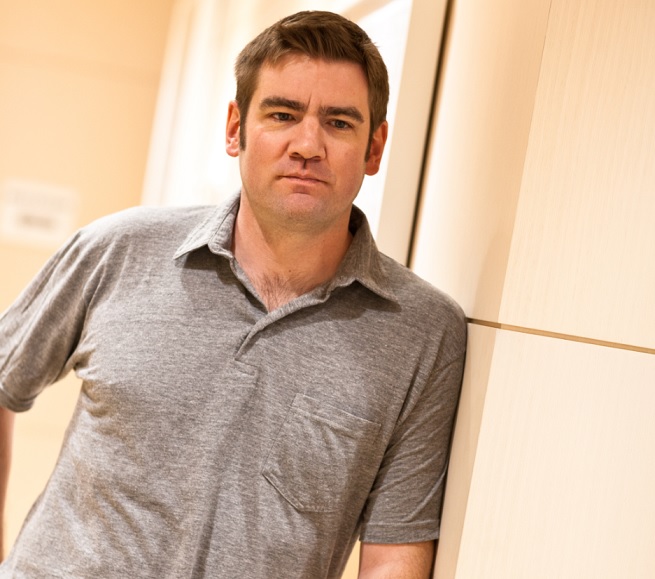 Chris Dixon, a partner at Andreessen Horowitz, will join Improbable’s board. He has witnessed large-scale computing resources, like Amazon Web Services, become available to the smallest web developers. But he said in a blog post that it is still hard to create code that uses this abundant computing efficiently.

“Improbable’s technology solves the parallelization problem for an important class of problems: anything that can be defined as a set of entities that interact in space,” Dixon wrote. “This basically means any problem where you want to build a simulated world. Developers who use Improbable can write code as if it will run on only one machine (using whatever simulation software they prefer, including popular gaming/physics engines like Unity and Unreal), without having to think about parallelization. Improbable automatically distributes their code across hundreds or even thousands of machines, which then work together to create a seamlessly integrated, simulated world.”

If all of this sounds familiar, it’s because we just wrote about Shinra Technologies, which also wants to apply the benefits of modern supercomputing to gaming. Jacob Navok, the senior vice president at Shinra, which spun off from video game giant Square Enix, said he believes that Improbable shares a common vision with Shinra though he isn’t familiar with its technology. Shinra is testing its technology in both Japan and the U.S. with various game developers. 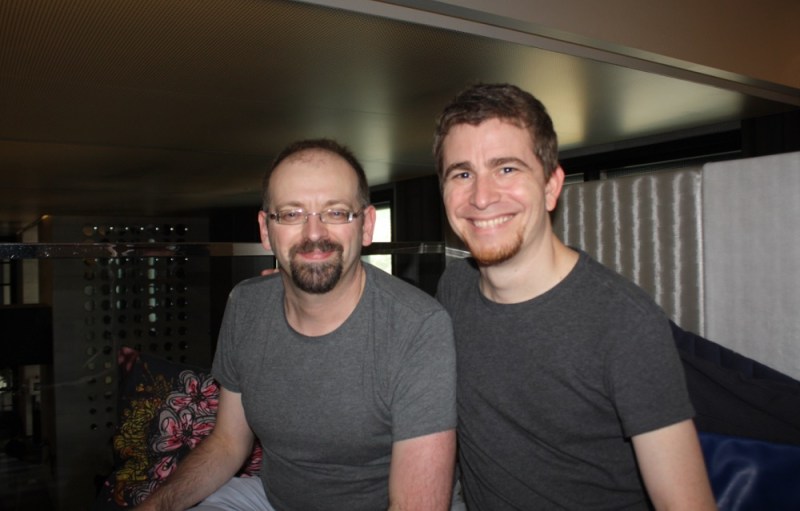 Above: Sylvain Cornillon and Henrique Olifiers of Bossa Studios.

Like Shinra, Improbable is enabling developers, too. Bossa Studios, an independent game studio in the U.K., is making a title called Worlds Adrift, an exploration and adventure game that is using Improbable’s simulation technology. Henrique Olifiers, the gamer-in-chief and cofounder of Bossa Studios, told GamesBeat that even indie game studios can think about creating huge simulations with the technology created by Improbable. Bossa showed me a demo of their prototype world at the recent Game Developers Conference in San Francisco. In the demo, the characters took wing and started flying through a fantasy world full of islands that were floating in the clouds.

“Bossa Studios would never have considered doing a large-scale world like this without our technology,” Narula said. “With our tech, a small studio can building something really ambitious.”

Olifiers said that his team posted a demo in December, asking fans if they should continue working on Worlds Adrift. The answer came back as an overwhelming yes. In the demo, every object that gets created is persistent. If you craft an item for your ship, it stays in the world forever unless it is destroyed. The world can scale as big as Bossa wants, Olifiers said. Right now, the current plan is to create a world that is 60 kilometers by 60 kilometers.

“We want every player to be able to tell their own stories,” Olifiers said. “We don’t have the problems of massively multiplayer online games. I was part of Runescape, and 75 percent of our team was dedicated to server infrastructure. All we think about with this is game design. We can get something out in six months with a small team. It really is a game changer for us. It’s transformative.”

The competition between Shinra and Improbable means we’re going to have a real shootout in what could be one of the most disruptive technologies to hit games.

“We would prefer that one of our customers release a world early on, and Bossa is going to do that,” Narula said. “They can incrementally add to it.”

Narula said that simulated worlds are digital spaces that can run in real time even though they contain millions of entities with interesting behavior that work in concert to create functioning worlds.

“These spaces have their own rules and properties that a multitude of people can simultaneously change, explore, and visualize in as many different ways as developers can imagine,” Narula wrote in a blog post. “We think simulated worlds can be used to solve problems in areas as diverse as defense, healthcare, economics, and entertainment.”

The task that must be done is to distribute a simulation of this kind across thousands of servers in real time.

“The elements of these simulations have many interdependent layers of complexity, most of which are not embarrassingly parallelizable (so traditional approaches to scaling won’t work),” Narula wrote. “You can imagine our approach as a swarm of decentralized, heterogeneous workers collaborating together to form a simulation much larger than any single worker can understand. As simulated worlds rapidly evolve, the most efficient distribution of these workers varies, so they need to migrate between physical machines in real-time. Additionally, the system must handle potentially huge numbers of users interacting with and updating the simulation simultaneously.”

Narula wants to hide this complexity from developers so they can use tools to build simulated worlds — and create the content to fill them up with fun things for gamers to do in every part of the world. Instead of creating a single game server running the world (known as a game loop), Improbable creates a whole bunch of dumb simulators and spins them up and down as needed. Each one of those simulators can act upon the same abstract universe, or simulation, at once. Those simulators overlap but don’t interfere with each other. Improbable optimizes the computing resources as needed to get the tasks done in an on-demand fashion.

“This is significant because the worlds we want to see people build and explore won’t be possible if creating them takes decades or enormous sums of money,” Narula wrote.

In simulated worlds, lots of things interact. And these interactions happen across the boundaries of individual servers. Improbable has to handle intermachine messaging in a way that ensures that the world stays intact for all users.

“When hardware fails or network conditions degrade, Improbable automatically reassigns the workload and adjusts the network flow. Getting the system to work at scale under real-world conditions is a very hard problem that took the Improbable team years of R&D,” Dixon wrote. “With Improbable, developers can now create games with millions of persistent, complex, interacting entities. In addition, they can spend their time inventing game features instead of building backend systems.”

Narula started the company three years ago at Cambridge University. He said it has solved a lot of the problems and is now supporting its first customers, like Bossa.

“We are interested in building massive simulations,” Narula said. “And we leave the creation of the worlds to game developers.”