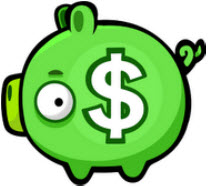 The ambitions of Rovio, the developer of Angry Birds, know no boundaries. The company’s wildly successful Angry Birds game has been downloaded more than 50 million times. But that’s not enough.

The Helsinki-based company wants to make it easier to pay for its mobile apps. So it is launching a new mobile payment system that is in keeping with the theme of Angry Birds, where birds slingshot themselves at green pigs who have stolen the birds’ eggs. The Bad Piggy Bank is a system for billing that provides consumers with an easy way to pay for Angry Birds and other mobile games.

Rovio is making the announcement with Elisa, the largest network operator in Finland, on the one-year anniversary of the launch of Angry Birds on the iPhone. The payment system lets you pay for a mobile app with one finger tap on a touch screen.

Rovio says it has to get its hit game on all major smartphone platforms. But not all of those have easy or compatible payment mechanisms. By launching Bad Piggy Bank, Rovio will make it easier to pay, since no registration or credit card purchase is necessary. All purchases are simply billed to a consumer’s monthly mobile bill. With this system, it will be easier for developers to use in-app purchases, where a consumer buys something from inside a game.

“Angry Birds has become the benchmark in casual mobile gaming, and a huge part of the whole game experience is convenience,” said Mikael Hed, chief executive.

Rovio will launch an update of Angry Birds on Android. With that, Elisa and Saunalahti customers in Finland will have the chance to buy the app and remove advertising. Right now, only the free ad-supported version of Angry Birds is available on Android. Bad Piggy Bank will be rolled out with carriers worldwide early next year. Elisa has 2 million customers.