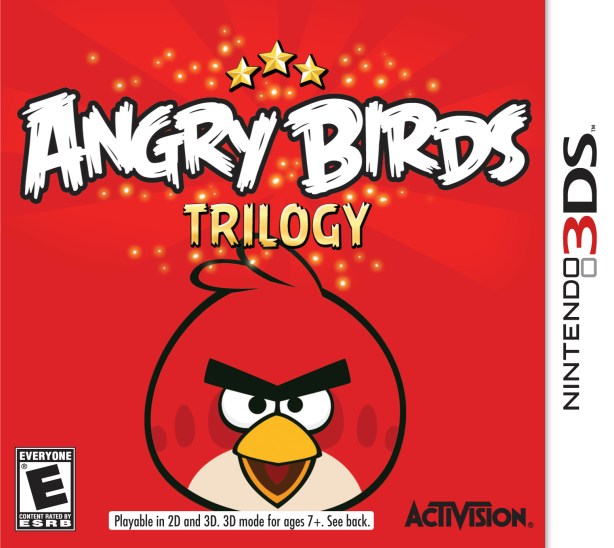 Angry Birds is famous for two things: It’s cheap, and it’s a downloadable title. So it’s bizarre that Angry Birds Trilogy, a collection of the original Angry Birds, Angry Birds Seasons, and Angry Birds Rio, is neither of those things.

Publisher Activision will release the game through retail for Xbox 360, PlayStation 3, and the Nintendo 3DS. The console versions will cost $39.99, while the 3DS one will go for $29.99, according to GameInformer. For comparison, iTunes sells each separate title in the trilogy for 99 cents. All you’re getting for the extra money is support of each system’s special mechanics.

“With Angry Birds Trilogy, every version supports the unique experience tailor-made for the platform,” said Petri Järvilehto, the executive vice president of Rovio Entertainment, Ltd. in an e-mail sent to GamesBeat, “In addition to normal gamepad controls, with Xbox 360 we support Kinect for easy, family-friendly game play. We’re seeing that resonate strongly, especially with the younger audience. With PS3 you can play also with the Move controller. On Nintendo 3DS we’re supporting stereoscopic 3D and Streetpass.”