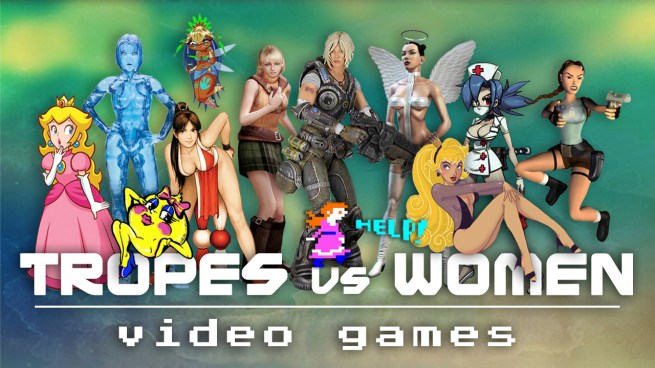 Feminist blogger Anita Sarkeesian released the second installment in her crowdfunded video series about video games today. The video was briefly knocked off YouTube but is back and streaming, and you can watch it below.

This episode looks at the “damsel in the refrigerator” trope, which Sarkeesian explains as when a male character must rescue the soul of a woman who dies at the beginning of a story. The video references games like Borderlands 2, Hotline Miami, and Shadows of the Damned.

The video was temporarily blocked on YouTube for unknown reasons, but Sarkeesian tweeted the following explanation:

Looks like my harassers abused YouTube's flag function to get my new Tropes vs Women video removed. Not the first time it's happened.

YouTube has a user-flagging feature where viewers can complain to Google if something features content that is against the website’s terms of use. In this case, enough people did that fast enough to block the video from view.

Sarkeesian was apparently able to work things out with YouTube, because the video is now playing in its entirety.

If you’re wondering why viewers flagged Sarkeesian’s videos, it’s likely part of the coordinated harassment campaign targeted against her that began around the time of the Tropes vs. Women crowdfunding project.

“The harassers launched [a Distributed Denial of Service] attack on my site, attempted to hack into my email and other social-media accounts, and reported my Twitter and YouTube accounts as terrorism, hate speech, or spam,” Sarkeesian wrote in a blog in July. They also attempted to distribute my personal contact info including address and phone number on various websites and forums — including hate sites.”

The people behind these attacks claim they are targeting Sarkeesian because she blocks comments on her YouTube videos, but the campaign against her began long before that. It’s more likely that they just don’t like that a woman is criticizing their hobby.